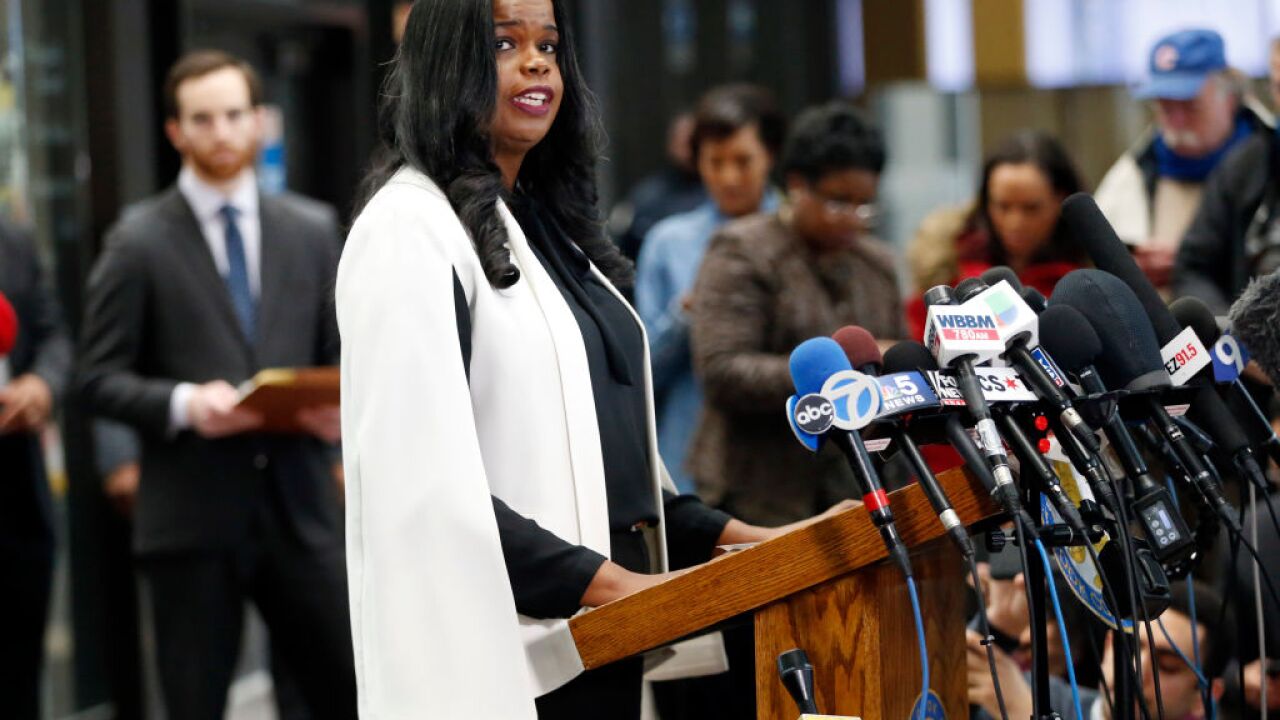 "We can confirm that the State's Attorney has received threats to her personal safety and security, a number of which have contained racially charged language," her office said.

It is unclear if the threats are related to Foxx's office dropping 16 felony charges against Jussie Smollett. The "Empire" actor was accused of staging a hate crime against himself in Chicago. Smollett agreed to forfeit $10,000 in bail and do community service.

Threats against Foxx are active and no additional information regarding them will be provided, her office said.

CNN has reached out to the Illinois State Police, Chicago Police and the Cook County Sheriff's Office. All said they are not involved in investigating the matter.

Two top officials have resigned from the Cook County State's Attorney's Office and a third is "no longer" with the office.

The officials who resigned are special prosecutor Mark Rotert and chief ethics officer April Perry. Those resignations are not related to the Smollett case, according to Foxx's office.

Director of External Affairs Kiera Ellis also has left, office spokesperson Tandra Simonton said. Simonton declined to say whether Ellis resigned or was fired, and whether her departure was related to the Smollett investigation.

Days before the resignations were announced, Foxx's office released thousands of emails and text messages mostly linked to the Smollett case. Perry's name appears multiple times in the exchanges.

Foxx, who separated herself from decision-making in the Smollett case, has also asked Cook County Inspector General Patrick Blanchard to investigate her office's handling of Smollett's criminal case.

The Chicago Fraternal Order of Police and a suburban police chiefs association called for Foxx's resignation after holding votes of no confidence on April 4. FOP President Kevin Graham said dropping the charges against Smollett undermined the public's faith in the criminal justice system, but Foxx said days later the calls for her resignation were personal.