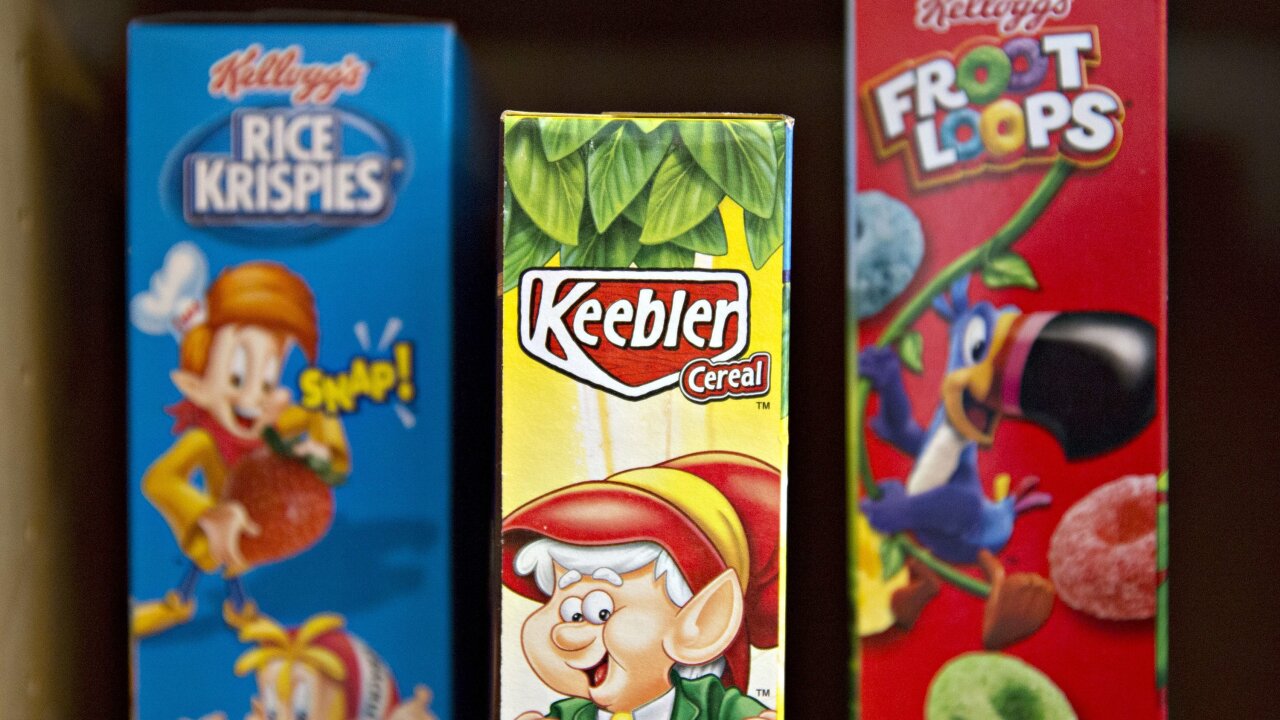 Kellogg is getting out of the cookie business to focus on snacks and cereal.

Kellogg has been trying to sell off those brands since November . It said the brands weren't a good fit with the rest of the company's offerings, and the company had difficulty devoting the resources necessary to compete in the crowded cookie market.

Last year, the businesses Kellogg is selling to Ferrero brought in about $900 million in sales but only $75 million in operating profit.

"Divesting these great brands wasn't an easy decision," said Steve Cahillane, Kellogg's CEO, in a statement. "This divestiture is yet another action we have taken to reshape and focus our portfolio, which will lead to reduced complexity, more targeted investment, and better growth."

Wells Fargo analyst John Baumgartner said that the sale could provide a "halo effect" for Kellogg's, which is holding on to Keebler's cracker business, if Ferrero invests in marketing Keebler.

For Ferrero, the acquisition is a way to expand its North American business. The deal "[allows] us to significantly diversify our portfolio and capitalize on exciting new growth opportunities in the world's largest cookies market," said Lapo Civiletti, CEO of the Ferrero Group.

Christopher Hood, President of Kellogg North America, compared Kellogg's cookie business to Pringles, which the company acquired from Procter & Gamble in 2012. Pringles "was not a high-growth business within P&G, not a business that the company was interested in investing in, because they had alternative places where they could invest for high return," he said. "It's a similar situation for us within Kellogg's."

Saltier snacks like Pringles have been a boost to Kellogg's business. The company said in February that Pringles retail sales grew 7% and Cheez-Its grew 5% in 2018, citing Nielsen data.

Sweeter snacks also did well last year. Retail sales of Rice Krispies Treats grew 15% and Pop-Tarts popped 2% in 2018. Cahillane has counted all of these among Kellogg's "power brands."

And though cereal sales are spotty, they're Kellogg's bread and butter, so the brand has to figure out a way to make them grow.

While Kellogg is selling off its low-priority businesses and focusing on its power businesses, it's also bringing trendy new brands into the fold. The company announced the acquisition of RXBar, the protein bar brand that has expanded into nut butters and kids treats, in 2017.

In November, Kellogg said it plans to reorganize its North America team and invest in e-commerce to drive growth.