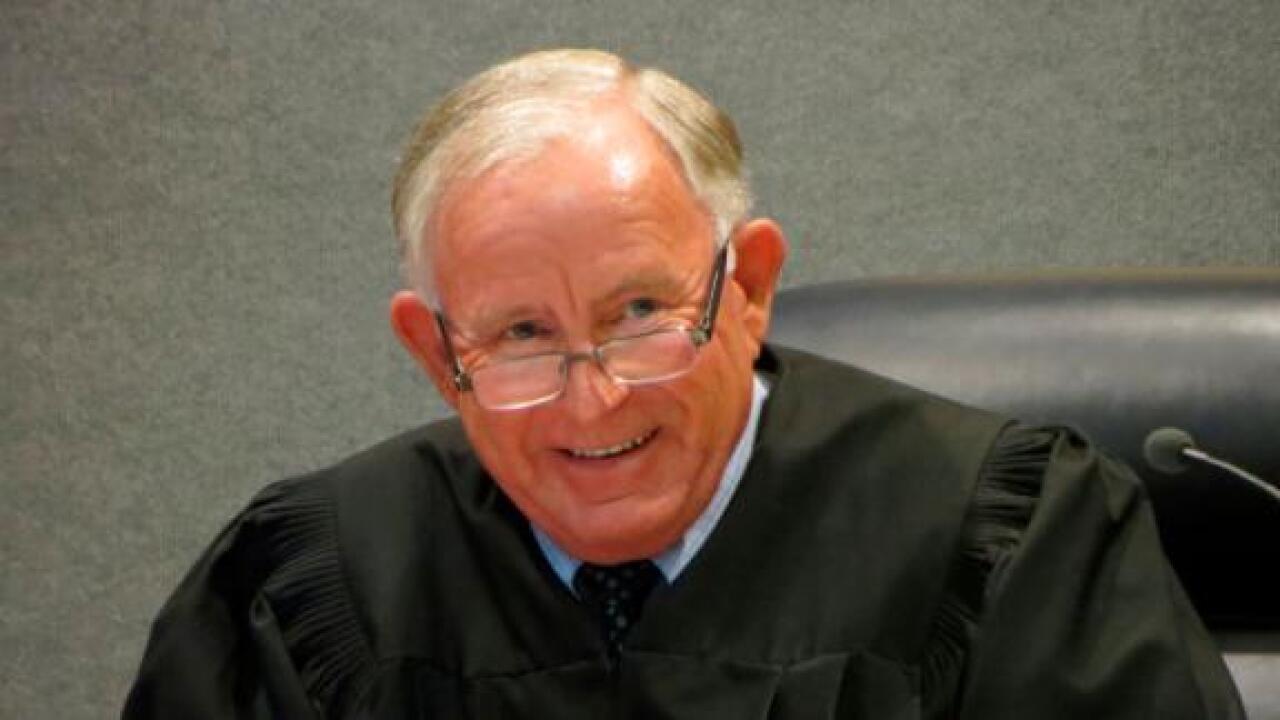 The Texas Judicial Commission is issuing a public warning to a judge who told a jury that God wanted to acquit a woman who was on trial for charges related to sex trafficking.

The jury found her guilty instead, and Gloria Romero Perez was sentenced to 25 years in prison. The judge, Jack Robison, is on the other end of a disciplinary measure.

Robison, a district judge in Comal County, Texas, just north of San Antonio, was presiding over Perez's trial in January 2018. According to the Texas Judicial Commission, he walked into the jury room after the jury's deliberations, said he had been praying about the case, and informed the jurors God told him the defendant was innocent.

He asked the jury to reverse its guilty verdict. Jurors declined.

The Texas Judicial Commission's ruling said it received 18 complaints about Robison's conduct from sources, including jurors, the district attorney's office and concerned citizens who heard about his comments through media reports.

Robison self-reported his actions to the state commission a week after the verdict. He wrote that he had been suffering memory lapses and couldn't explain why he'd broken protocol to try to inappropriately influence the case, but he said he'd been under extreme stress due to ongoing medical treatment and the recent death of a close friend.

Nine months after the original guilty verdict, a new judge ruled the sex trafficking case a mistrial, on grounds that Robison had made multiple biased comments throughout the trial.

Robison testified before the Texas State Commission on Judicial Conduct last month, and the commission released its warning on February 20.

The court documents show that Robison furnished letters from medical professionals to the judicial conduct panel, which concluded that Robison was not currently suffering from a mental illness.

The doctors determined Robison's actions were driven by delirium, a "temporary, episodic medical condition," according to the court papers. The doctors argued Robison's "fitness for duty" was not impaired.

The state stopped short of issuing a public sanction against Robison or suspending him.

The State Commission on Judicial Conduct previously issued a public reprimand to Robison for improperly jailing a man who had approached him in a restroom in 2009 and called him a "fool" after a ruling in his granddaughter's child custody case, the Austin American-Statesman reported .

CNN has reached out to Robison for comment on this story.