It may take 2 years to identify thousands of separated families, government says 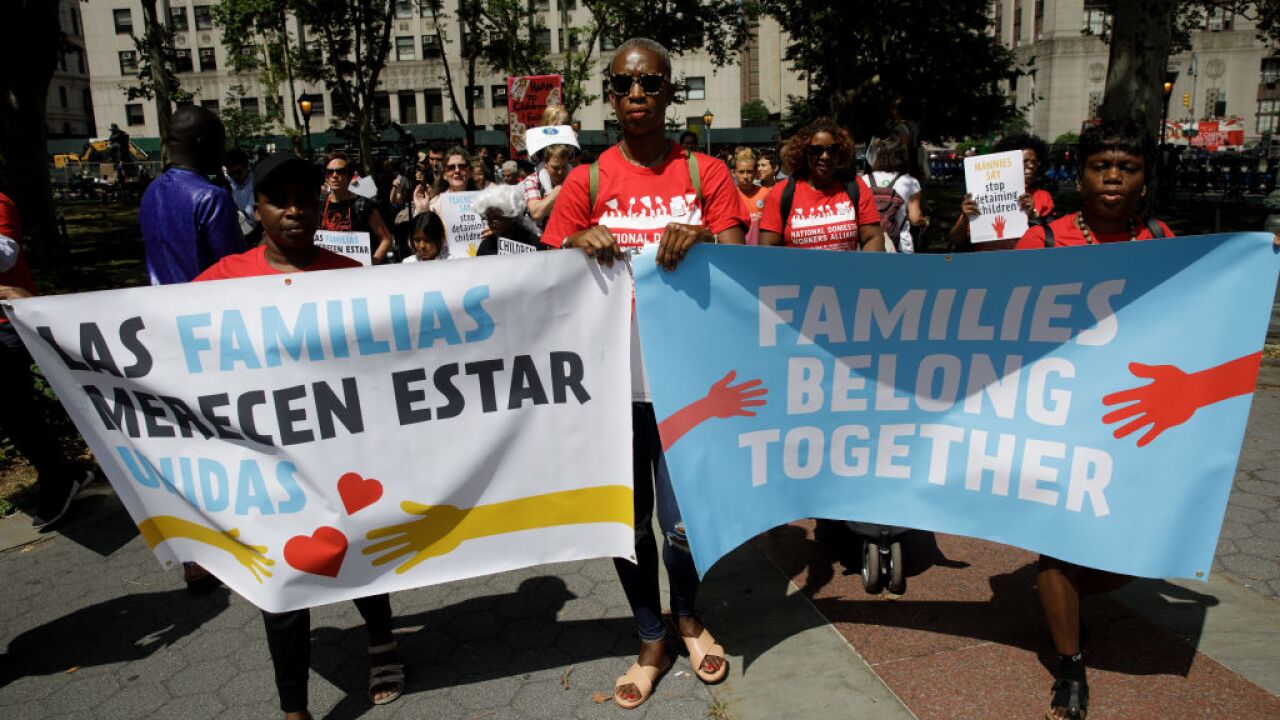 It could take up to two years for the government to identify potentially thousands of additional immigrant families US authorities separated at the southern border, officials said in a court filing.

The government's proposed plan, detailed for the first time in documents filed late Friday night, outlines a strategy for piecing together exactly who might have been separated by combing through thousands of records using a mix of data analysis and manual review.

The court filing comes a year after a memo from then-Attorney General Jeff Sessions officially created the administration's "zero tolerance" policy, which eventually led to the separation of thousands of immigrant families. While a federal court order forced the reunification of many of those families, an explosive government watchdog report in January revealed there could be thousands more who hadn't previously been acknowledged by officials.

And a federal judge last month ruled that this group should be included in the class-action lawsuit over family separations.

The judge's order was a major blow for the Trump administration, which had argued finding these families would be too burdensome a task. And it now presents a major logistical challenge for the government.

• US Customs and Border Protection didn't start tracking separated families as a searchable data set in its records before April 19, 2018

• A manual review alone would "overwhelm ORR's existing resources" because teams would have to comb through nearly 50,000 case files

Instead of taking that approach, officials propose using data analysis to hone in on which records are likely to be separated children, and then to embark on more painstaking manual reviews. The process, officials said, would take "at least 12 months, and possibly up to 24 months."

A team of officials representing the Department of Health and Human Services, Immigration and Customs Enforcement, and Customs and Border Protection would lead the effort, the filing said. They would then convene a data analysis team led by a senior biostatistician.

Last month, US District Judge Dana Sabraw issued a 14-page ruling modifying the class definition, following revelations that the government had been separating families as far back as July 1, 2017, months before the controversial "zero tolerance" immigration policy was announced. Officials estimated that the children were separated, received by HHS for care and released prior to Sabraw's June 26, 2018, court order ordering a halt to most family separations at the US border.

Plaintiffs "request that the government identify the families whom it separated on or after July 1, 2017 whose children were released from ORR before June 26, 2018," according to a court document late last month. They note that the government should "start the process immediately." The government had proposed submitting a proposal on next steps "on or before April 5, 2019."

The Ms. L, et al. vs. Immigration and Customs Enforcement, et al., case was initially prompted by the separation of a Congolese woman and her 7-year-old daughter. The American Civil Liberties Union originally filed the case last year and it was later expanded to become a class action lawsuit.

Last June, Sabraw issued a preliminary injunction blocking most family separations at the US-Mexico border and ordered the government to reunite the families it had divided.

Since then, the administration has provided regular reports to the court on the reunification status of children and parents whom the government separated, including some parents who were deported but ultimately elected not to be reunified with their children.

As of March 25, 2019, the government has discharged 2,749 of 2,814 possible children of potential class members, up eight since the last status report on March 6.