Inside the gym where this group of senior women deadlift

Inside the gym where this group of senior women deadlift 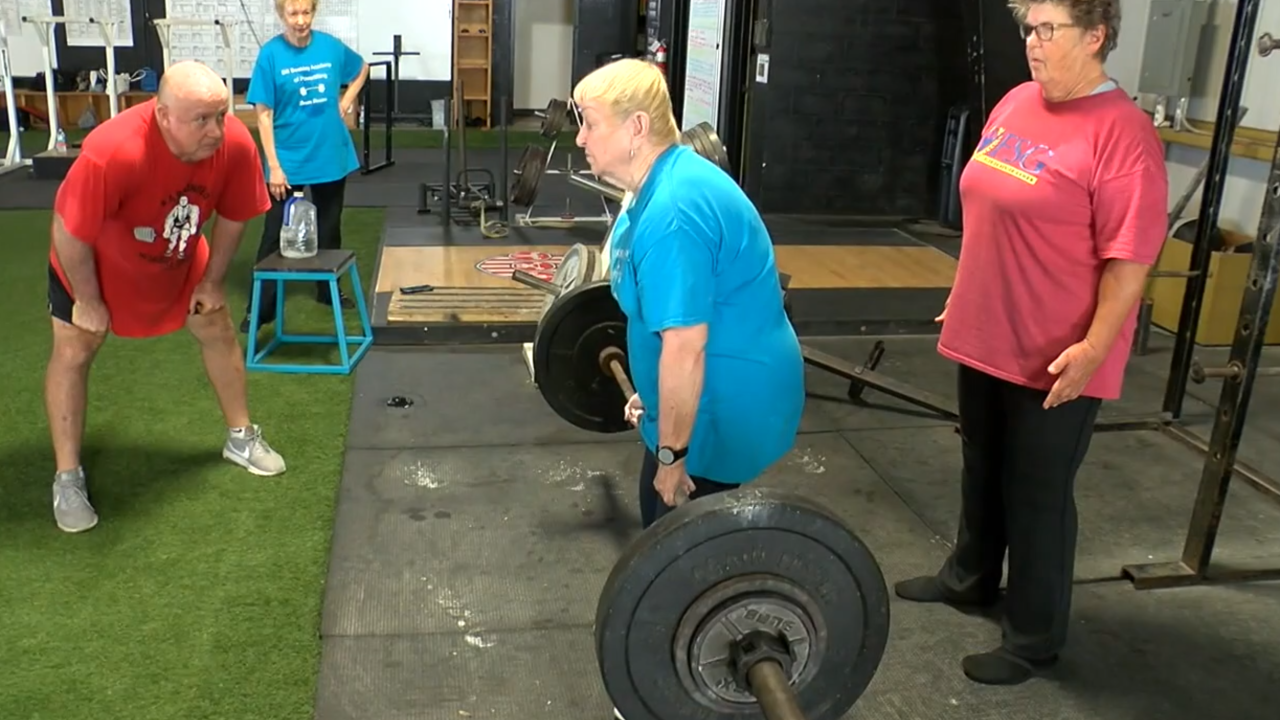 For the ladies in this gym, age isn't the number that matters most.

"I’m going to be building up to 200. I want to get that done before I’m 80 years old,” says 78-year-old Bonnie Thurston on how much she can deadlift.

Thurston says she’s been active her whole life, but never thought she would powerlift.

Seven years ago, Thurston struggled with osteoporosis, a condition in which bones become weak and brittle, increasing risk of fractures.

Then, Thurston found a powerlifting group for seniors.

These group of seniors deadlift; they bench and they pull sleds. And while Thurston is doing all of this, she pushes 80.

Thurston is not even the oldest person at the gym.

Edith Murway-Traina is a member and is 97 years old.

“I've always had muscles, I just had to learn to use them," she says.

"Don't be intimidated by what these ladies are doing, because they all started just moving their bodies," Beekley says.

He says lifting correctly can help increase bone density and fight conditions like osteoporosis. It also helps these women in everyday life.

"It's very functional,” the instructor says. “Some say they can carry their groceries a little easier now and don't need help getting groceries in an out of the car.”

For 97-year-old Murway-Traina, she says that movement is so important as she nears 100.

Murway-Traina says she was nervous about the idea of powerlifting at first, but she now does it three times a week.

Research agrees. A JAMA study found physical activity in later life is linked to a lower risk of dying, even in older people who haven't been very active.

Murway-Traina wants other seniors not to let the weight of getting older stop them from giving this a try.