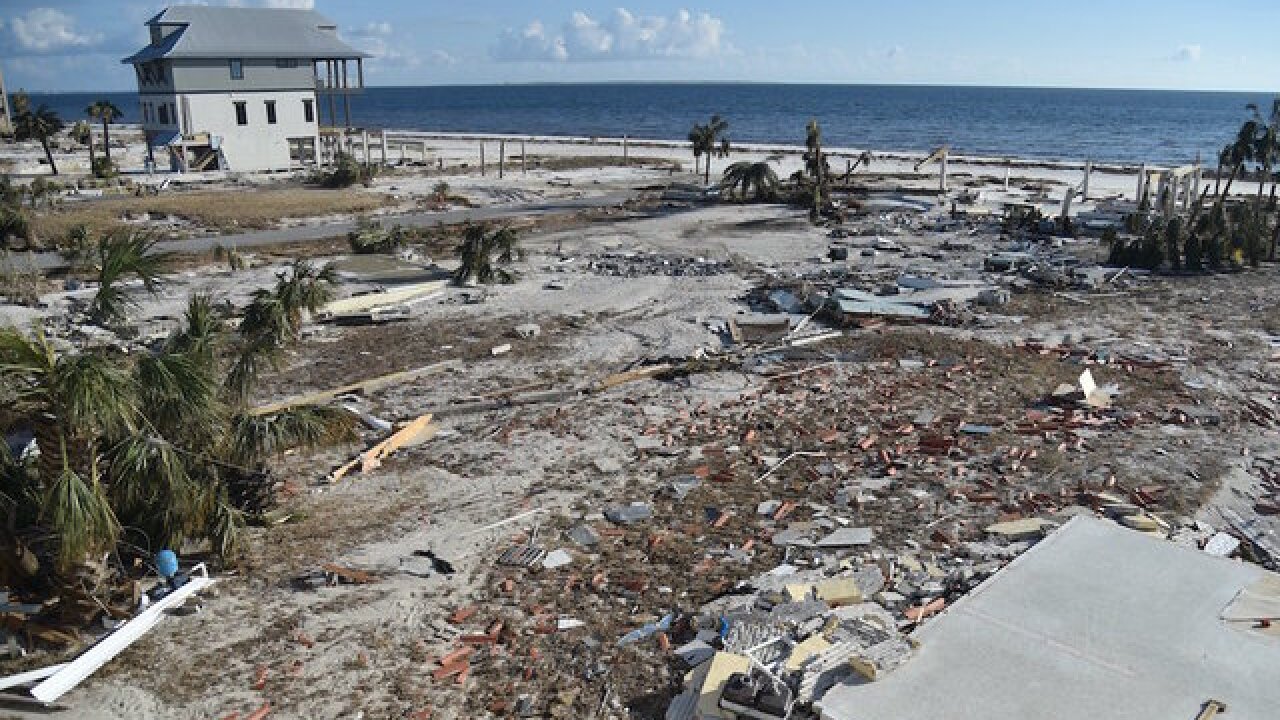 Almost a week after Hurricane Michael shredded the Florida Panhandle, more bodies of victims are emerging.

On Tuesday, a search dog discovered the body of a man in the decimated city of Mexico Beach. That brings the death toll from last week's storm to 26 across four states, including 16 in Florida, according to officials.

While most of Mexico Beach lies in ruins, many evacuated residents still haven't seen what's left of their homes. They've had to wait for authorities to secure the area and complete search-and-rescue efforts before returning home.

That will change Wednesday, when residents will be allowed back to Mexico Beach, city officials said.

So far, the numbers don't look good. Across Bay County, more than 2,500 structures are damaged, and at least 162 have been destroyed, Bay County Emergency Services said.

'We're just going to leave it'

Some Mexico Beach residents are cutting their losses and will start a new life elsewhere.

Joe Bush, who said he loved living there for 19 years, said he's decided to move. His house, furniture and vehicles were all heavily damaged by Michael

"I couldn't get nothing for this land now," Bush said. "People gonna be scared to death to come down here to buy and invest money. So we're just going to leave it."

But others, including Randy June, said Mexico Beach will always be his home -- even though his house is now a pile of rubble.

"We ain't going nowhere," he said. "We're going to rebuild somehow. I just don't know how yet.

More than 158,000 power customers didn't have electricity Tuesday, including nearly 140,000 customers in Florida.

The number of actual people without power is much higher, since a single customer can represent an entire household.

Drivers have been lining up for hours to get fuel. And residents in the hardest-hit areas are relying on airdropped food and water to survive.

The Federal Emergency Management Agency has 12 teams in Florida to help people register for disaster assistance. It also has 42 distribution points throughout Florida and Georgia where people can get food and water.

FEMA said 16,000 federal employees, including over 8,000 military personnel, were helping with response efforts.

'Nobody was in tears about being hungry'

Chad Frazier has plenty of reasons to be devastated. His business was wiped out by the hurricane. His son's middle school in Panama City was also annihilated.

But Frazier is too thankful to be upset. Immediately after the hurricane, strangers came from out of town to provide food and water. They even beat FEMA to the scene, Frazier said.

"The people who came, that was the biggest blessing to us," he said. "I didn't see nobody in panic mode. Nobody was in tears about being hungry."

As he stood in front of a mountain of debris, Frazier said he's coping well thanks to the outpouring of generosity.