How 'The Conners' dealt with Roseanne's departure 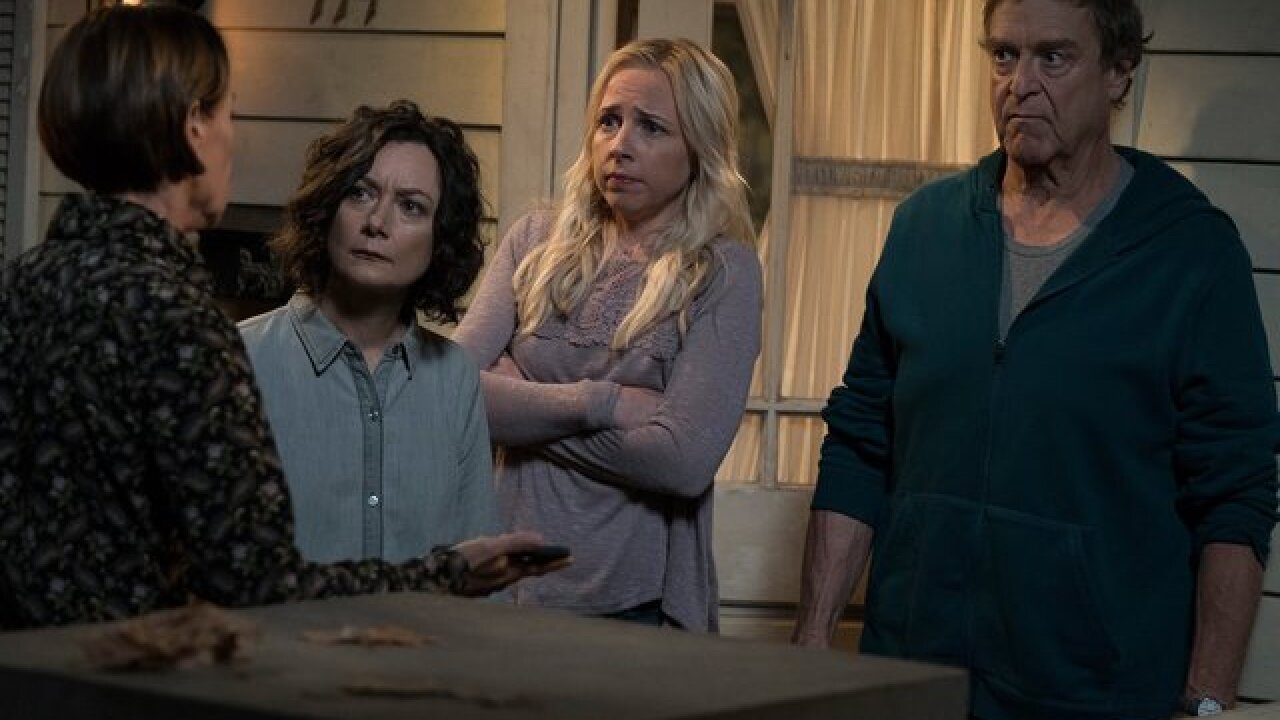 Copyright 2018 Scripps Media, Inc. All rights reserved. This material may not be published, broadcast, rewritten, or redistributed.
Eric McCandless/ABC
<p>Nearly five months since ABC's much-publicized axing of its "Roseanne" revival from its lineup, the network on Tuesday premiered "The Conners," a half hour spin-off framed around the fictional family of Roseanne Conner.</p>

Warning: This story contains spoilers about the series premiere of "The Conners."

So, Roseanne was right.

Nearly five months since ABC's much-publicized axing of its "Roseanne" revival from its lineup, the network on Tuesday premiered "The Conners," a half hour spin-off framed around the fictional family of Roseanne Conner.

In the first episode, Dan (John Goodman), Jackie (Laurie Metcalf) and Roseanne's children are three weeks into dealing with the aftermath of her sudden death from what they believe to be a heart attack.

It doesn't take long, however, for the truth to come out: Roseanne died as a result of opioid abuse.

Roseanne Barr, whose Twitter tirade led to her dismissal from the show both in front of the camera and behind the scenes, said in September that this would be her character's fate. ABC did not comment at the time.

Initially, Roseanne's family is in disbelief, particularly Dan, who says defensively that he had flushed her pills.

A prescription bottle reveals, however, that Roseanne had participated in an exchange of sorts with neighbors in order to get pain pills. And later, her family finds Roseanne's small stashes of medication around the house.

When Dan later confronts the woman (Mary Steenburgen) who exchanged pills with Roseanne, she's anguished. The uninsured neighbors are used to helping each other out, she tells him.

"I never would have given them to her if I knew she had a problem," she says to him. "I know what it's like to have that problem, so I'm sorry."

This conversation helps Dan, who has been unable to sleep in the bed he once shared with his wife since she died, find an ounce of peace.

It's an eerie line considering the real-life circumstances of the show's one-time star, but also effective.

By episode's end, "The Conners" makes it clear that the matriarch's presence remains important to the family but the reset button has been pressed. In new opening credits, Dan, daughter Darlene (Sara Gilbert) and Jackie take center stage.

With Dan now able to slumber upstairs, the show is eager it seems to put the drama that led to "Roseanne's" demise to bed as well.