How accurate are in-home DNA tests like Ancestry, 23andMe? 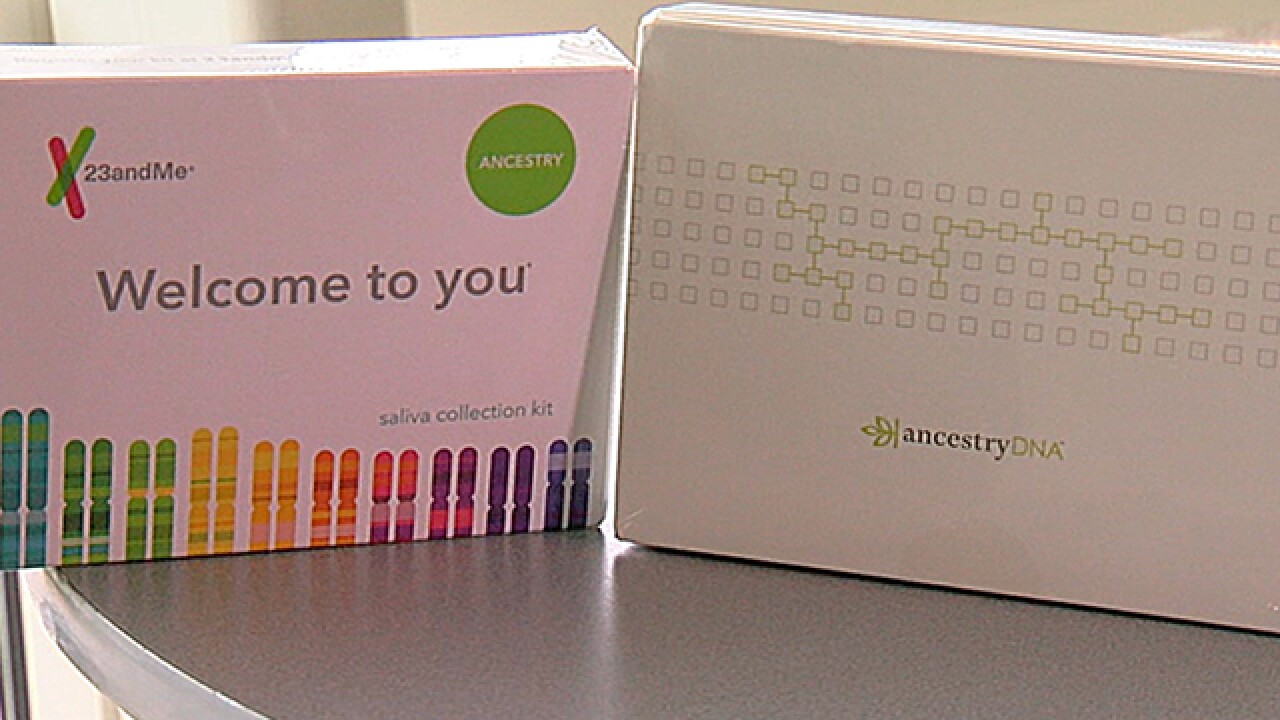 CINCINNATI -- Terri Gossard said she was adopted when she was just 3 weeks old, so she doesn’t know much about her biological parents.

"I truly have no genetic history available to me,” Gossard said.

Similarly, Scott Kyser said he doesn’t know anything about his mother’s side of the family. He said his mother was born in Germany and adopted.

"It makes me very curious because I don’t know that entire side at all,” Kyser said. “It’s all shrouded in mystery.”

That's why Gossard and Kyser each decided to use an in-home DNA test -- a new craze advertised as a way to see into your past and discover your heritage.

But when it comes to these tests, how accurate are the results? Are there differences between companies like Ancestry and 23andMe?

WATCH: Here's why you should rethink gifting a DNA test

Gossard and Kyser each submitted two tests: One to Ancestry and one to 23andMe to analyze the similarities and differences in results.

The pair filled vials with saliva and mailed them to each of the companies. The saliva was then put through a database, and the companies sent Gossard and Kyser their results a few weeks later.

While both Gossard’s tests revealed she is almost entirely European, they disagreed on what percentage comes from which country.

“One thing that’s interesting, they do seem to correlate. Maybe not in percentages exactly the same, but certainly they identify the same regions,” Gossard said.

Those results are what companies call “high confidence” information. When it comes to low confidence countries, the tests differ tremendously.

Kyser’s results also differed when it came down to detailed information.

Both of Kyser’s DNA tests revealed he is mostly British and West African. But Ancestry said he’s 29 percent Great Britain, while 23andMe said he is 32 percent northwestern European, but only 8 percent British or Irish.

“I think it’s more of a general area that they agree on, but they don’t agree on a specific area,” Kyser said.

Should you trust the results?

Dr. Anil Menon, professor of molecular genetics at the University of Cincinnati, said results can differ because of the database used by the companies.

Parts of the database are shared by the companies, but there are also parts that are different, Menon said. He said it’s important to remember there can be discordance with results, meaning one database shows slightly different numbers than the other database.

"You may have high confidence that a person's ancestors are from Europe, but you may not be able to tell if they are from Europe or Spain,” Menon said.

Menon said human error is always a possibility with DNA tests. If siblings take the test together, for example, it’s possible saliva samples could be mixed up before they’re mailed to the company. It’s also possible they could be mixed up after they’re shipped.

Another potential for error lies in the extraction of DNA and the analysis. Menon said these errors are statistical in nature, and they can occur because the databases may over represent one particular group of ethnicities.

“Those can be because the databases are overrepresented in one group and not in the other and so forth, so those are more mathematical errors," Menon said.

The bottom line is you can’t be 100 percent sure about the specific area you’re from based on in-home DNA tests, he said.

"Rather than saying you're absolutely sure about your ancestry, you can say, ‘There is a high chance I'm from here or there,’” Menon said.