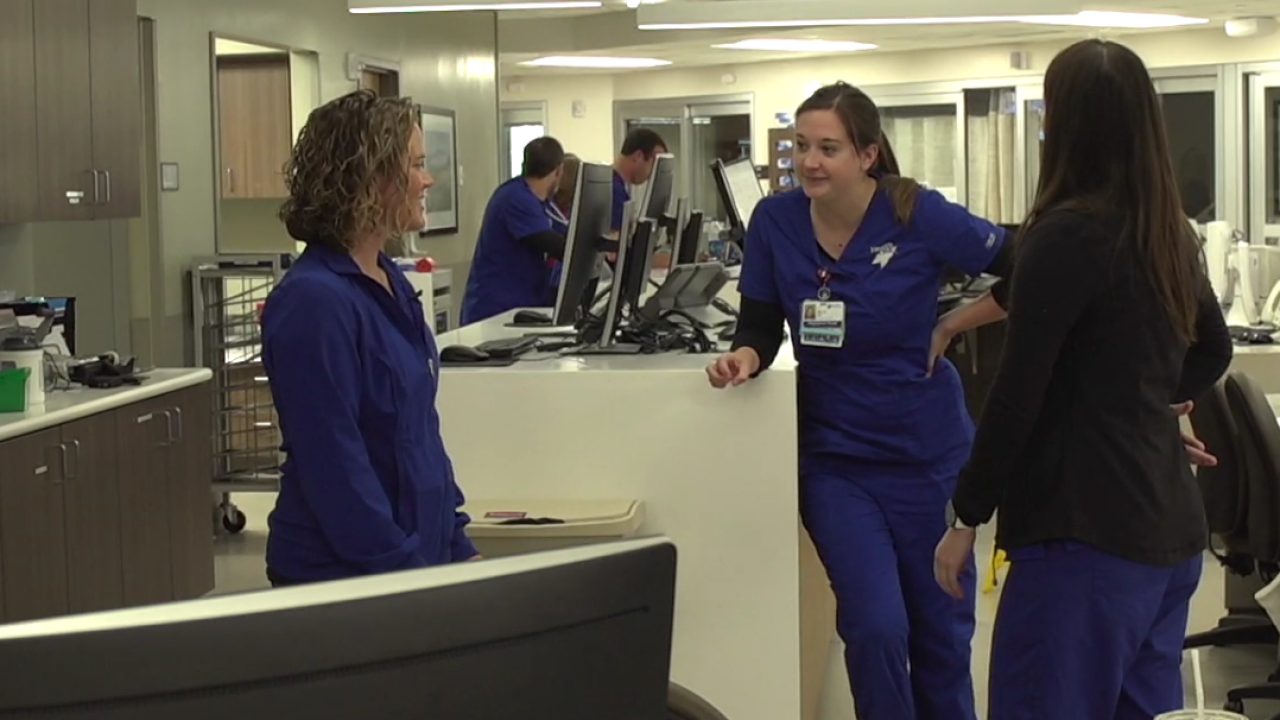 At any moment, the calmness in the critical care unit at Swedish Medical Center can change to something intense.

“We bring people back to life,” said Emily Belfoure, a nurse there. She said they are caring for people who have been in major car crashes, had cardiac arrests, recent open heart surgeries — people with huge medical need.

She called it amazing … but challenging.

“The families are very emotional, and so you kind of take on some of that stress as a secondary type trauma,” she said.

Belfoure decided to start a group for her team to debrief after a traumatic event. The goal is for folks to express their feelings about what they just went through and to cope with the stress of such intense experiences.

She wants to help prevent burnout.

“There's kind of like a four -or five-year mark in nursing where people either can deal with the burnout they learn coping mechanisms or they find a different job,” she said.

WHO says there are three major symptoms: Feeling exhausted or depleted of energy, being mentally disconnected from or cynical about one’s job and problems getting the job done successfully.

“It's something that we don't want to just ignore,” Belfoure said.

Dr. Monique Butler is the chief medical officer at Swedish and says burnout can take a toll on health.

“It can cause a number of different additional symptoms including chest pain shortness of breath and it could really manifest itself into physical symptoms,” she said.

Have the debriefing meetings, Belfoure said, has made a big difference for people working there.

“It's kind of more of a team and more of a family than just you alone taking care of these challenging patients and dealing with this by yourself,” she said.