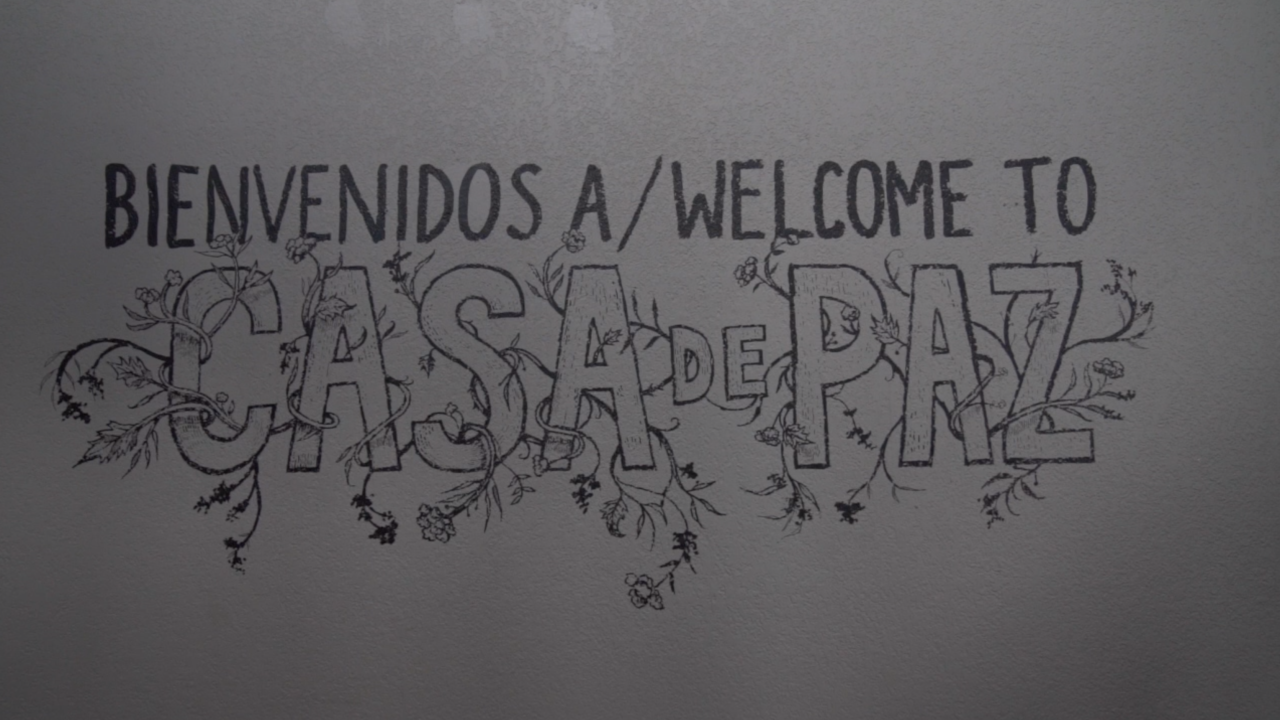 Several years ago, Oliver came to the U.S. to escape genocide in Central Africa.

“I’m from the southwestern part of Cameroon. Just almost the border with Nigeria,” Oliver said. “Number one reason why we’re coming here is for safety.”

He says he didn’t have very many rights in his country of origin and he feared for his life.

So he came to the U.S. to seek asylum. He was held in an ICE detention facility during the immigration process. Eventually, Oliver won his asylum case, and he was released, but with no money or family to help him transition into U.S. society.

“I didn’t even know what is Colorado,” Oliver said.

He says a security guard told him about Casa de Paz . Volunteer Leslie Carandang says it’s a temporary home for immigrants to stay in once they're released.

“We pick them up and bring them here, help them communicate with their families, and provide them with a place where they can stay -- kind of as a landing pad,” Carandang said.

With a clean comfy bed, and fresh food to eat, Casa de Paz has become a saving grace for the thousands of people who have passed through -- including a guest recently released from ICE on bond. We are protecting his identity because he’s still going through the immigration process.

“I slept really well and relaxed. I woke up like you wouldn’t believe," the guest said in Spanish.

The people staying at Casa de Paz have either been released from the detention center on bond as they continue their court proceedings, or they won their immigration case. The Casa also hosts families of detained immigrants who want to visit their family members.

“When I got out, they used to release a lot of people. Now sometimes they do, but I would say it’s declining,” Oliver said.

Oliver says he’s witnessed some changes since he won his case three years ago. He and other volunteers at Casa de Paz say the immigration process has become more difficult.

“I’ve met people through visitations who have lost their asylum cases because it’s just really hard to win asylum. I’ve met people who have waited a really long time – had their court dates changed consistently – because there’s just this backlog and things are being pushed back,” Carandang said.

But for those who do get released, there are programs like Casa de Paz to welcome them in 23 states across the country. In fact, Casa de Paz based its hospitality model off of a place called El Refugio in Georgia.

According to the National Visitation Network , there are nearly 5,000 volunteers dedicating their free time to help immigrants.

“I am Catholic and I believe that everybody in the world is created by God who loves them all equally. And I think there’s a lot of policies and practices that are in play that kind of seem to cover up that fact,” Carandang said.

Carandang says she wants immigrants to know that they, too, are valued human beings. In Oliver’s life, that’s certainly been the case.

“I’m just blessed to be with Casa de Paz. We have a community that it’s… it’s my family. Because I really don’t have any family in America. So this is my family,” Oliver said.

To reach out to the journalist for this story, email elizabeth.ruiz@scripps.com