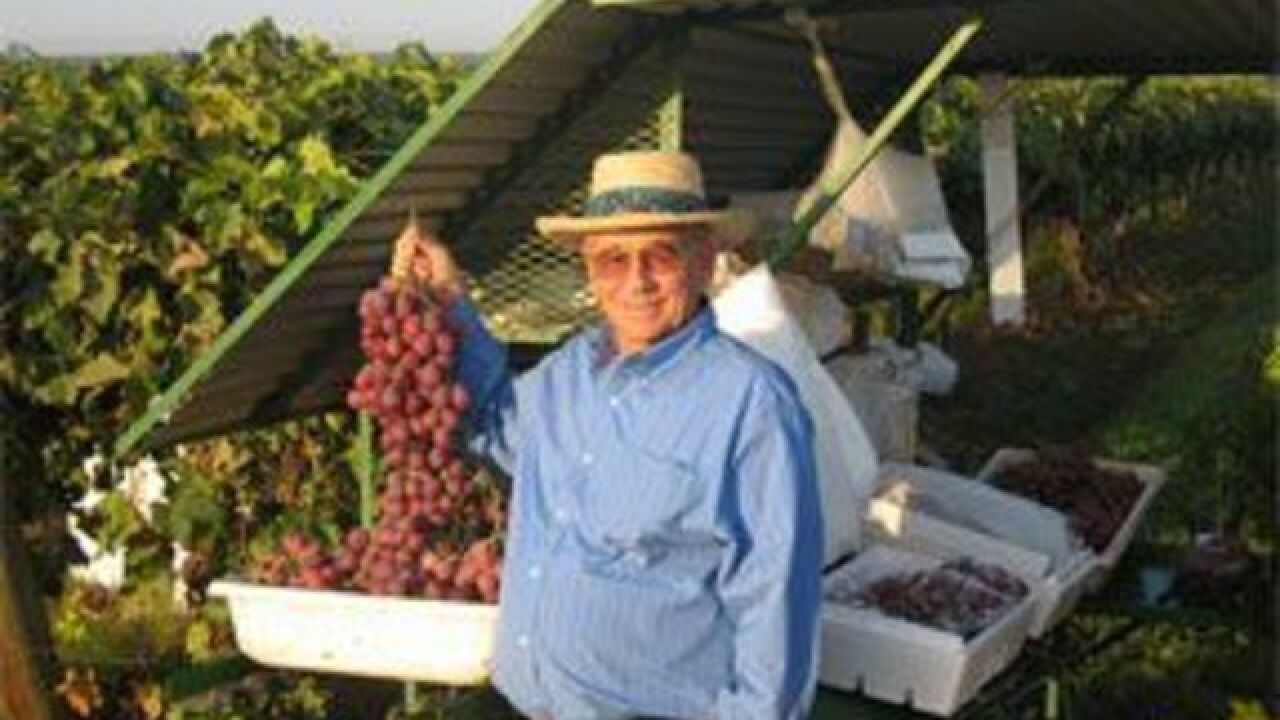 Copyright 2018 Scripps Media, Inc. All rights reserved. This material may not be published, broadcast, rewritten, or redistributed.
<p>Family confirms with 23ABC that Jakov Dulcich was the victim in Wednesday's deadly shooting in Delano. </p>

MCFARLAND, California — The Kern County Sheriff's Office says an arrest has been made in connection to the death of California grape grower Jakov Dulcich.

Authorities pulled over a car occupied by Mariano Fernandez Perez early on Saturday, a man from Delano, California who had been identified as a suspect in the killing.

For three days authorities looked for Fernandez Perez. He is being held without bail on a first-degree murder charge and authorities say there is still at least one more suspect outstanding who has not yet been identified.

On Friday, Tonka Dulcich, wife of slain farmer Jakov Dulcich shared with KERO television station this statement regarding his death:

"He was one of a kind and extremely proud of him, he was a kind and gentle person who loved his family and wanted the best for his employees. He loved to see things grow. He was very loved."

On Thursday, KERO reached out to Sunlight International and received this statement,

"Pretty Lady Vineyards and Dulcich & Sons Inc. confirm with heavy hearts the passing of our founder Jakov Dulcich. The Dulcich family asks for privacy during this difficult time. We have no further comment at this time."

The shooting near Delano happened on Wednesday, April 11th around 8:30 a.m. The Delano Police Department was dispatched to the area of Woollomes and S. Browning Road for a report of a traffic collision and shooting. When they arrived on scene, they found Dulcich suffering from multiple gunshot wounds.

It was learned that two vehicles were on S. Browning Road when an occupant of the suspect vehicle shot into the victim's SUV.

The victim's vehicle then proceeded southbound on S. Browning Road striking an additional vehicle that had pulled to the shoulder.

The suspect vehicle continued to the location of the collision and became involved in a physical altercation with the driver of the second vehicle.

During that altercation, at least one round was fired by the suspect but there were no injuries. The second victim fled into a nearby vineyard and the suspects fled the scene.

At this time, the investigation in ongoing.