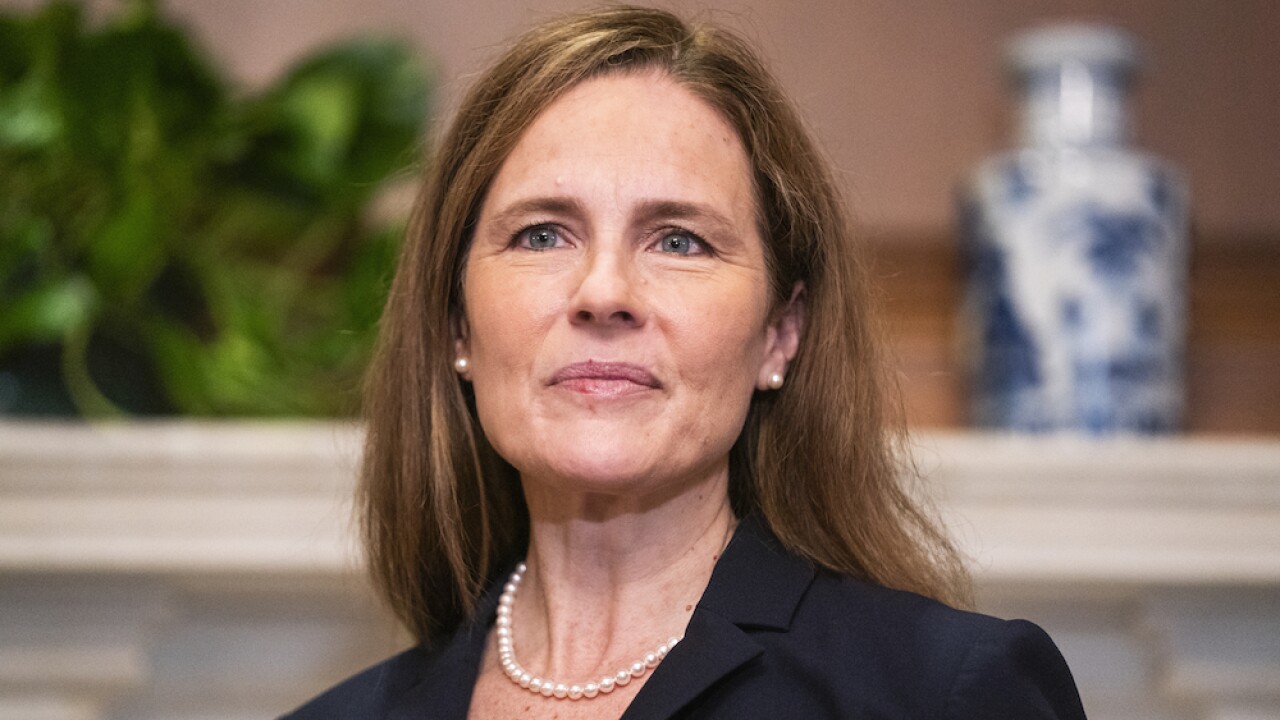 That then sparked a new backlash from Barrett’s supporters. The original tweet was posted Wednesday evening.

It said, “Congratulations Amy Coney Barrett on becoming the 5th woman appointed to the Supreme Court since its inception in 1789.”

The post featured an image of Barrett, who was confirmed Monday and sworn in at the court on Tuesday; along with currently serving justices Elena Kagan and Sonia Sotomayor; former Justice Sandra Day O’Connor; and Barrett’s predecessor, the late Justice Ruth Bader Ginsburg.

The post was quickly attacked by critics who view Barrett, a conservative, as a potential threat to civil liberties and women’s rights.

“What kind of patch does one earn for uplifting a woman who is the antithesis of justice?” tweeted U.S. Rep. Ayanna Pressley, D-Mass.

As the online criticism mounted, the Girl Scouts deleted their original tweet and posted a new statement.

“Earlier today, we shared a post highlighting the five women who have been appointed to the Supreme Court. It was quickly viewed as a political and partisan statement which was not our intent and we have removed the post.... Girl Scouts of the USA is a nonpolitical, nonpartisan organization. We are neither red nor blue, but Girl Scout GREEN. We are here to lift up girls and women.”

The retreat by the Girl Scouts was quickly assailed by many of Barrett’s conservative supporters.

“Of course the @girlscouts caved to the mob and deleted this tweet congratulating Amy Coney Barrett. SAD,” tweeted the Independent Women’s Forum.