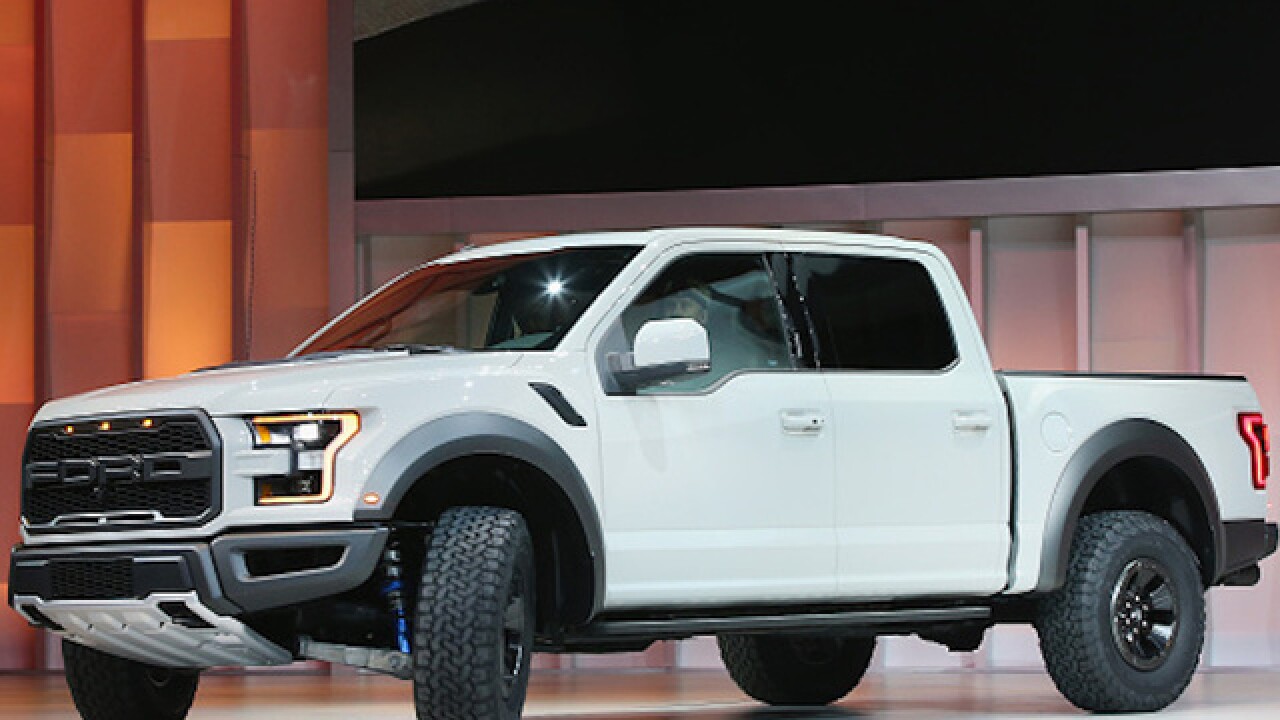 Image copyright 2018 Getty Images. All rights reserved. This material may not be published, broadcast, rewritten, or redistributed.
Scott Olson
<p>DETROIT, MI - JANUARY 11: Ford introduces the F150 Raptor at the North American International Auto Show on January 11, 2016 in Detroit, Michigan. The show is open to the public from January 16-24. (Photo by Scott Olson/Getty Images)</p>

Ford has recalled about 2 million F-150 pickup trucks in North America because a seat belt mechanism has started fires.

The company said it was aware of 17 reports in the United States where smoke or fires broke out, and another six cases in Canada, but said it didn't know of any accidents or injuries that resulted.

The company blamed the issue on the vehicle's seat belt pretensioners, equipment designed to help secure passengers in the event of an accident or crash by reducing the slack in seat belts. The equipment uses a small device that emits gas, Ford said, which could ignite if there are "excessive sparks," causing insulation and carpets inside the truck to catch fire.

"Dealers will remove insulation material from the B-pillar trim, remove remnants of wiring harness tape in the B-pillar area, and apply heat-resistant tape to the carpet and its insulation," Ford's statement said. "Dealers also will modify the back interior panels of Regular Cab vehicles."

The company will conduct the repairs at no cost to customers, it added.