Suspect said he did it because, 'I'm an idiot' 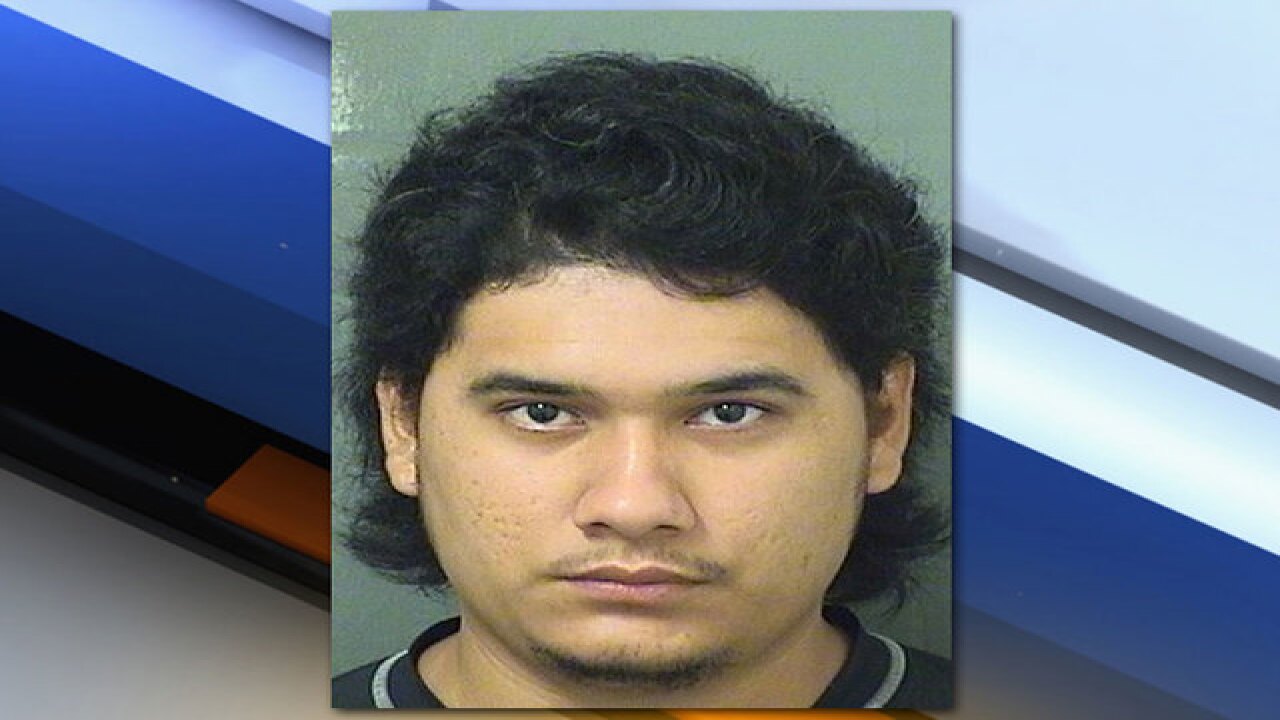 Palm Beach County Sheriff's Office
<p>A <span data-scayt_word="Loxahatchee" data-scaytid="6">Loxahatchee</span> man is under arrest after deputies say he sent sexually explicit text messages and a naked photo of himself to an 11-year-old girl.</p>

A Florida man is under arrest after deputies said he sent sexually explicit text messages and a naked photo of himself to an 11-year-old girl.

A Palm Beach County Sheriff's Office (PBSO) detective, who is a part of a national task force known as South Florida Internet Crimes Against Children, received a sworn statement from the girl claiming that 22-year-old Cristian Murcia Araujo sent her inappropriate text messages and a photo.

The girl told the detective that Araujo told her she was pretty, asked if she had a boyfriend and requested a full body picture.

The girl said she responded negatively, telling Araujo, "No, don't you know I am 11 years old and you have a girlfriend."

The girl told the detective that Araujo then sent her a photo of his genitals and a fully clothed image of himself.

According to PBSO, a controlled phone call was conducted between the girl's mother and Araujo.

During the phone call, PBSO says Araujo made the following statements: "I know what I did was wrong" and "she asked me for the picture." When the mother asked why he would send a picture of his genitals to an 11-year-old, even if she asked for the photo, Araujo replied, "Because I'm an idiot."

When the detective reviewed the contents of Araujo's cell phone, she observed a very sexually explicit text message conversation between he and the girl.

The detective said Araujo admitted to having a sexually explicit conversation with an 11-year-old girl and sending her pornographic images of himself.

Cristian Murcia Araujo is charged with one count of solicitation of a child, one count of misuse of a two-way communication device, and one count of transmission of material harmful to a minor.  He was booked into the Palm Beach County Jail.