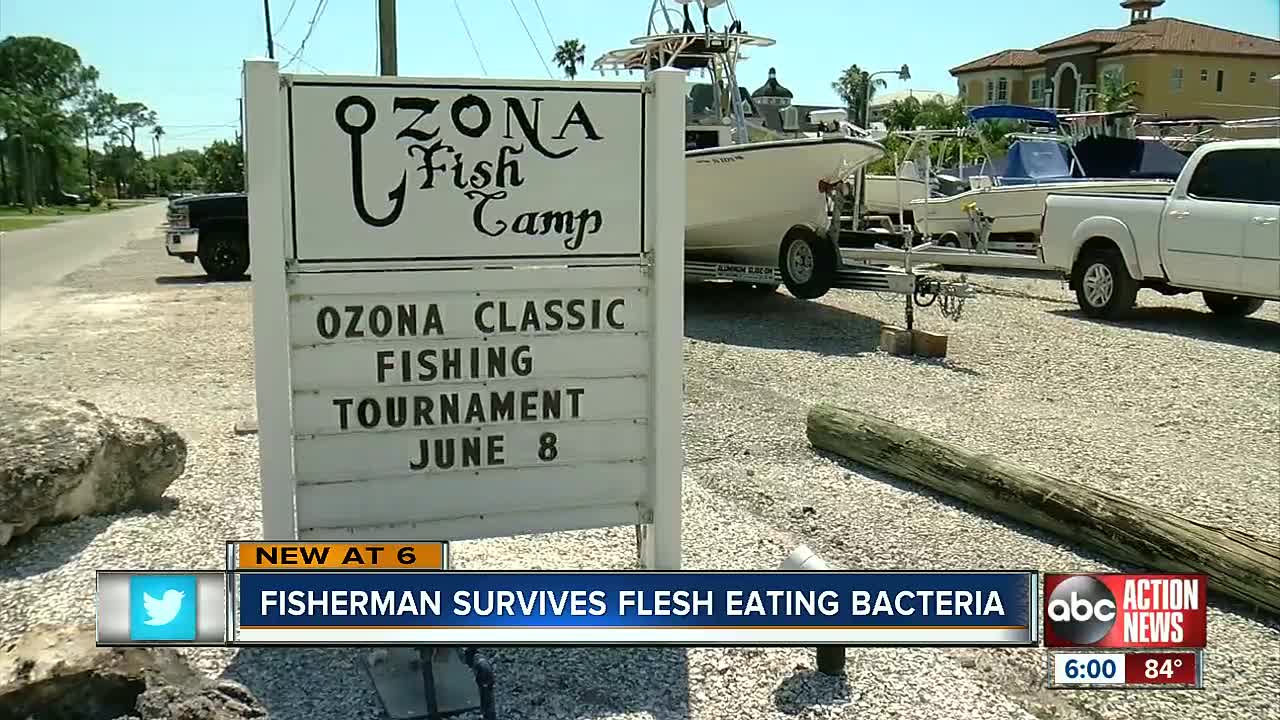 A Florida man has been hospitalized at a Tampa hospital after contracting a life-threatening flesh-eating bacteria while fishing out in the Gulf of Mexico. 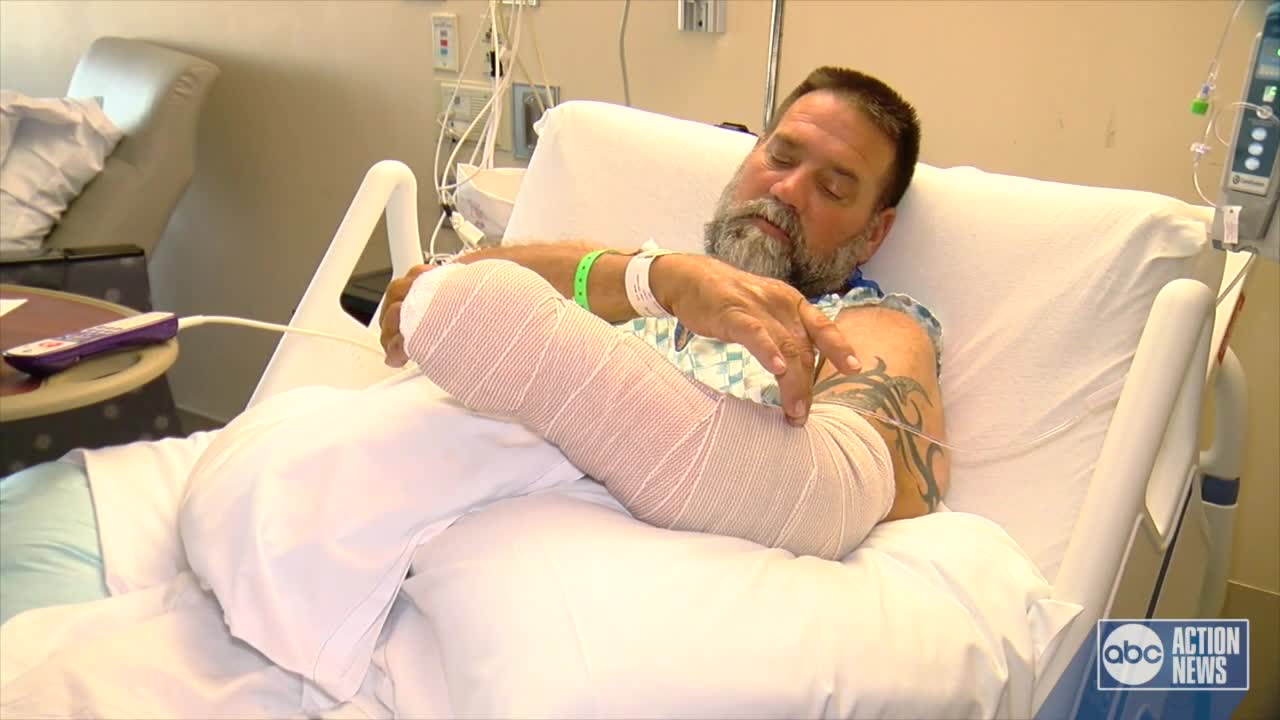 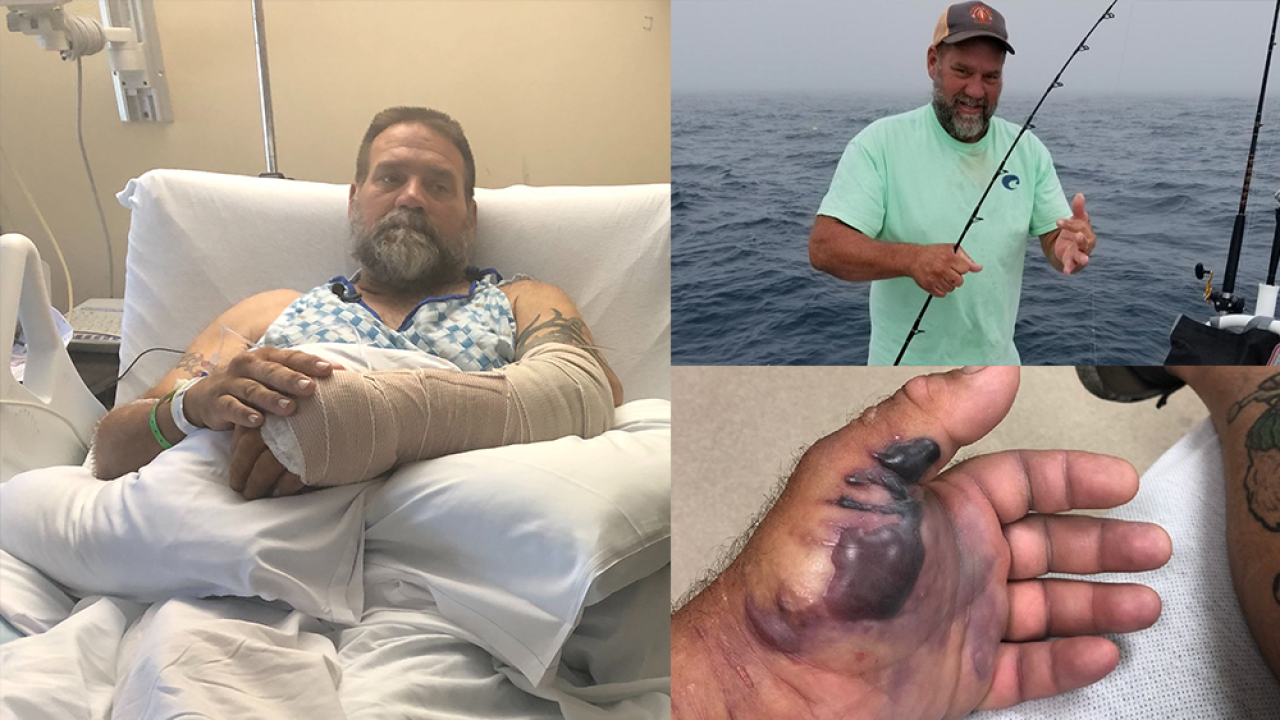 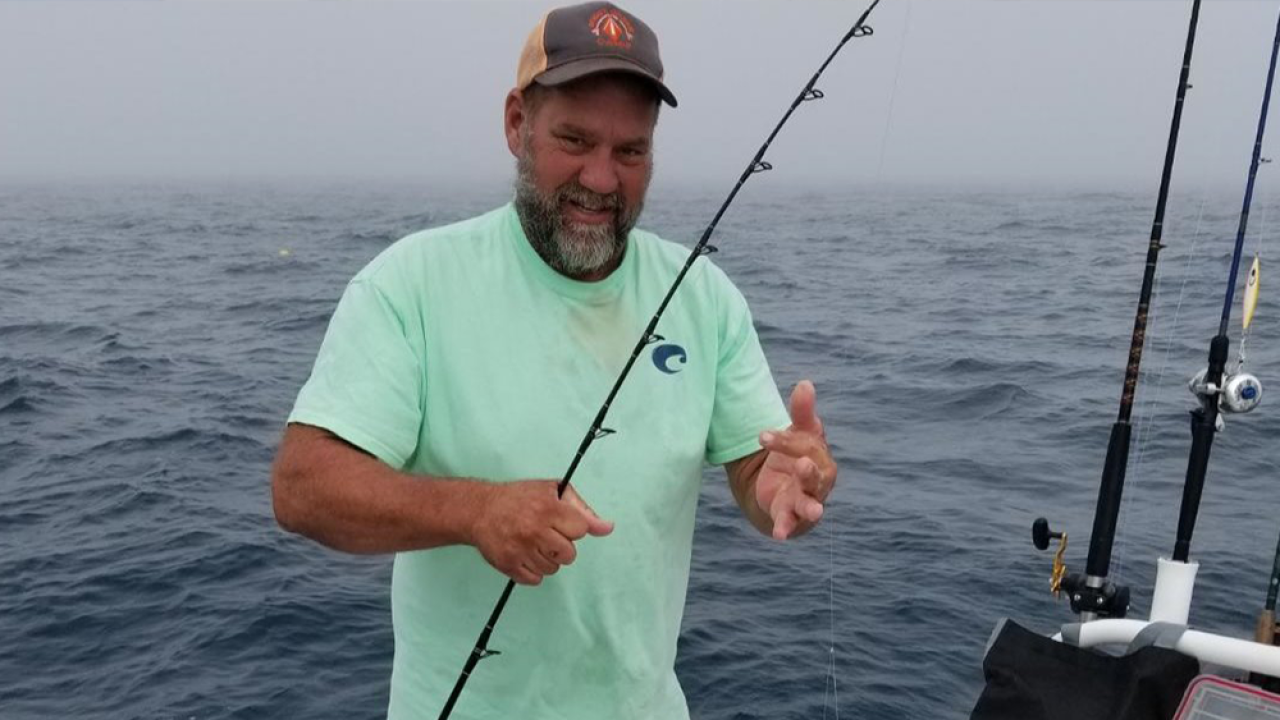 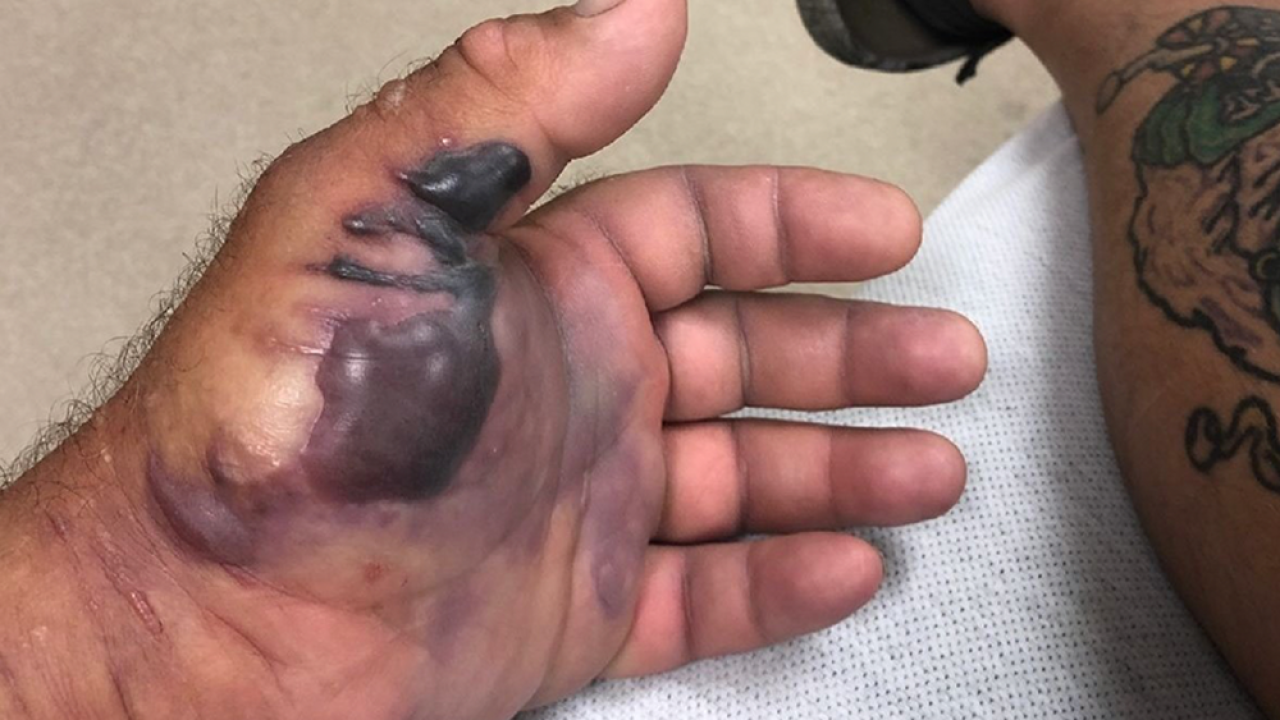 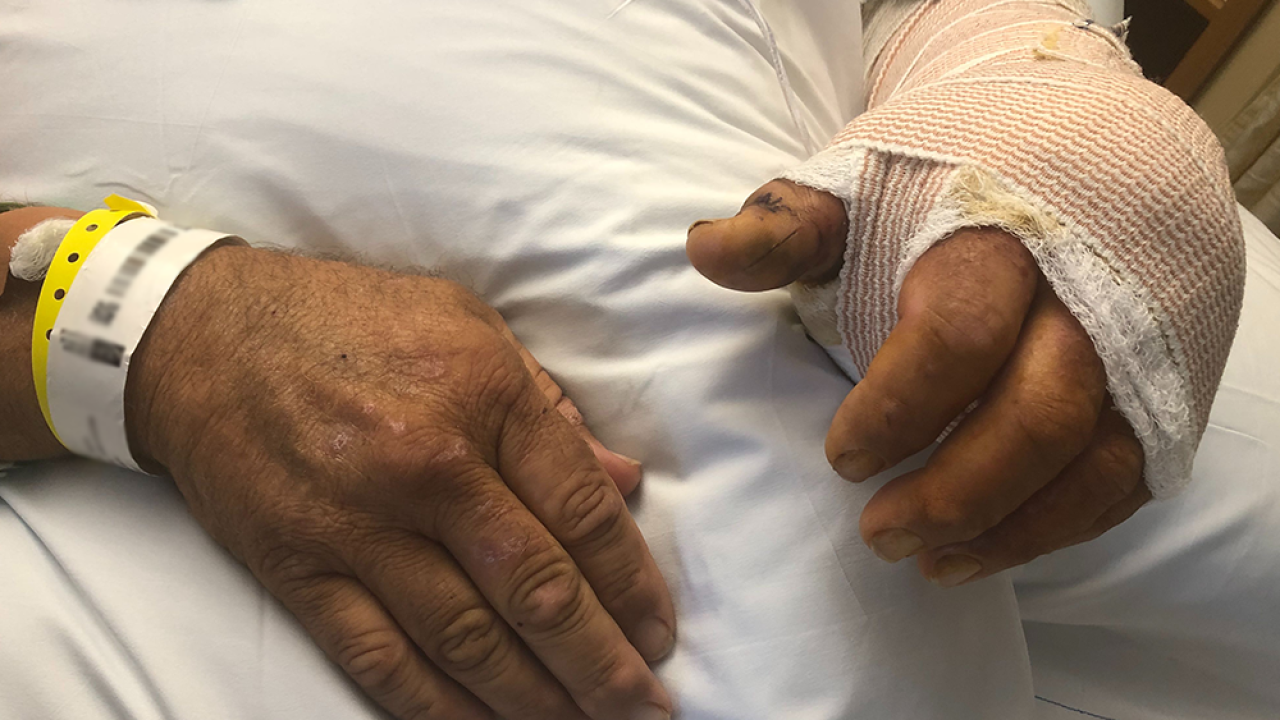 A Florida man has been hospitalized at a Tampa hospital after contracting a life-threatening flesh-eating bacteria while fishing out in the Gulf of Mexico.

Walton said he was fishing on Saturday about 20 miles off the coast of Palm Harbor when he was stuck by a fish hook. Walton says it was a small prick, and it's something that's happened hundreds of times while fishing.

Saturday, Walton went to a nearby hospital where he received antibiotics for his hand that was swelling, and by Easter morning his hand had black bubbles growing on his hand.

"I had like little blisters starting to form on my hand and you could watch like sweat beads coming up on side of the hand, and then they just turned black," he said.

Walton was rushed to Tampa General Hospital and placed in the burn unit where the infectious disease doctors could treat him.

He tells ABC Action News that doctors told him he's lucky to be alive, and lucky to have his arm.

"When you look down and you can see your own tendons, back of your hand and your bone going up your arm," said Walton, "that makes it real."

Doctors at one point, had to consider possibly amputating his arm, but they were able to get inside his arm and remove the bacteria from his tissues.

"They sliced all the way down my arm, to relieve the pressure, and then I got a skin graft going from my elbow to the palm of my hand," he said.

The Ozona native received a skin graft on the top of his hand, and up his left arm where his skin had been infected and was deteriorating. Walton depends on his hands as he works in construction.

Ozona Fish Camp helping raise funds for Walton while he is out of work for the next few months. They will host a fishing tournament, The Ozona Classic Fishing Tournament will be held on June 8th with a portion of the proceeds going to Walton.

Donations can be sent to:

Walton will be released from TGH on Wednesday, and will have to be treated with antibiotics for the next month.