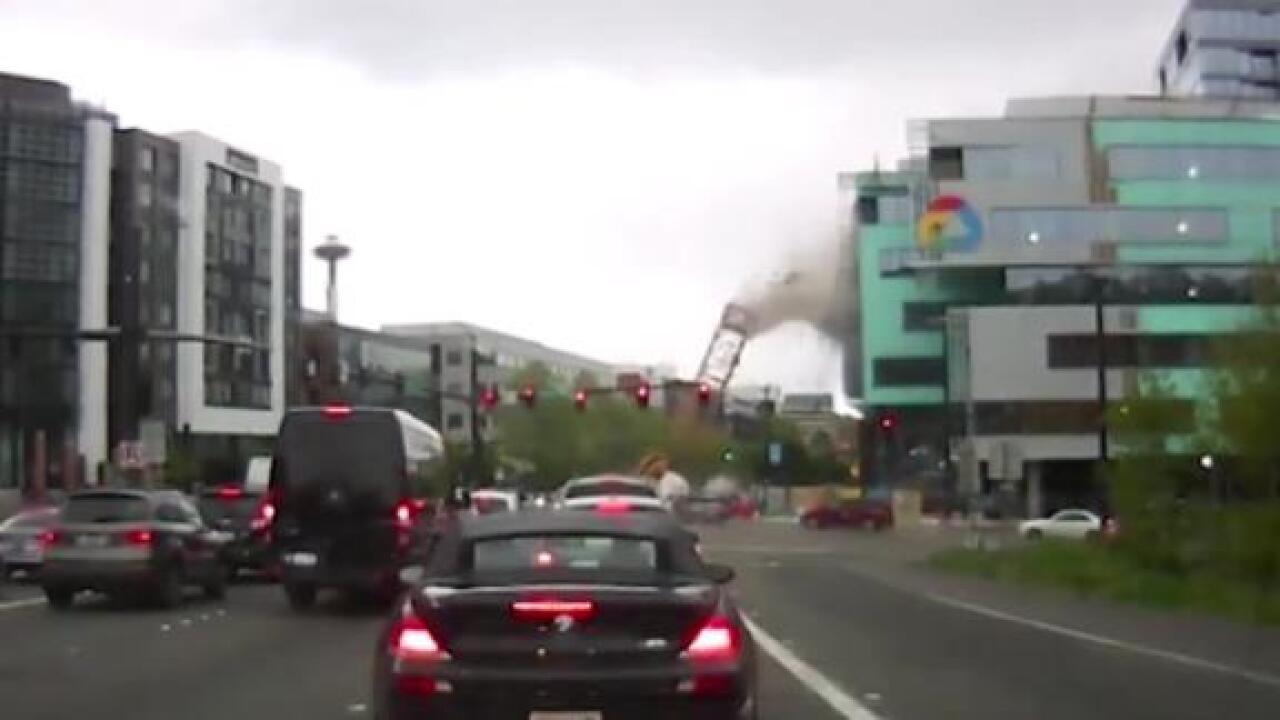 Five companies are under investigation following the collapse of a Seattle crane that crushed cars on the street below and left four people dead -- including a college freshman and a retired city employee.

Washington State Department of Labor & Industries spokesman Tim Church said it may take up to six months to complete an investigation into the collapse.

"We expect we will likely need most if not all of that time," Church told CNN. "This allows us access to interview workers, access company records and perform other investigative work."

Church said the investigation into the companies is "part of the normal process when looking into a workplace safety incident," and does not suggest wrongdoing.

The crane fell from the roof of a building on Saturday. The building, which was under construction, was located on the new Google Seattle campus, CNN affiliate KOMO reported.

Sarah Wong, a student at Seattle Pacific University, was killed in a car crushed by a falling part. Dan Martin, the university's president, called Wong a "bright light" on campus.

In a statement, Wong's family said they "acknowledge the impact she has had on the people God has placed in her life path."

"As we continue to celebrate her life and mourn our loss, we are comforted by our faith, the faith communities in the Seattle and Los Angeles areas, and Sarah Pantip's wonderful community of friends," the family said in the statement.

Alan Justad, who was the former Deputy Director of the Department of Planning and Development, was also killed in the accident. Mayor Jenny Durkan called him a "true public servant."

"Alan was a friend to many at the City of Seattle during his decades of outstanding service to our great City," Durkan said in a statement. "Alan was respected for his commitment to service, his warmth, and his relentless belief in doing good for Seattle."

Travis Corbet, an ironworker, was also killed, his wife Samantha Corbet said in an interview to KOMO.

Expert: No certification for assembling and disassembling

The crane industry is closely regulated, one expert told CNN. But that regulation applies largely to crane operators, who need certification and licensing, said Craig Hautamaki, the Director of Operations for the Colorado Crane Operator School. There is no formal certification process for those responsible for assembling or disassembling cranes, Hautamaki said.

He thinks certification would help, but said it is ultimately the company's responsibility to make sure people know what they're doing.

Though, he said he can't say definitively what caused the crane to collapse, he believes that the two pieces that ended up in the road were "unpinned" in preparation for removal.