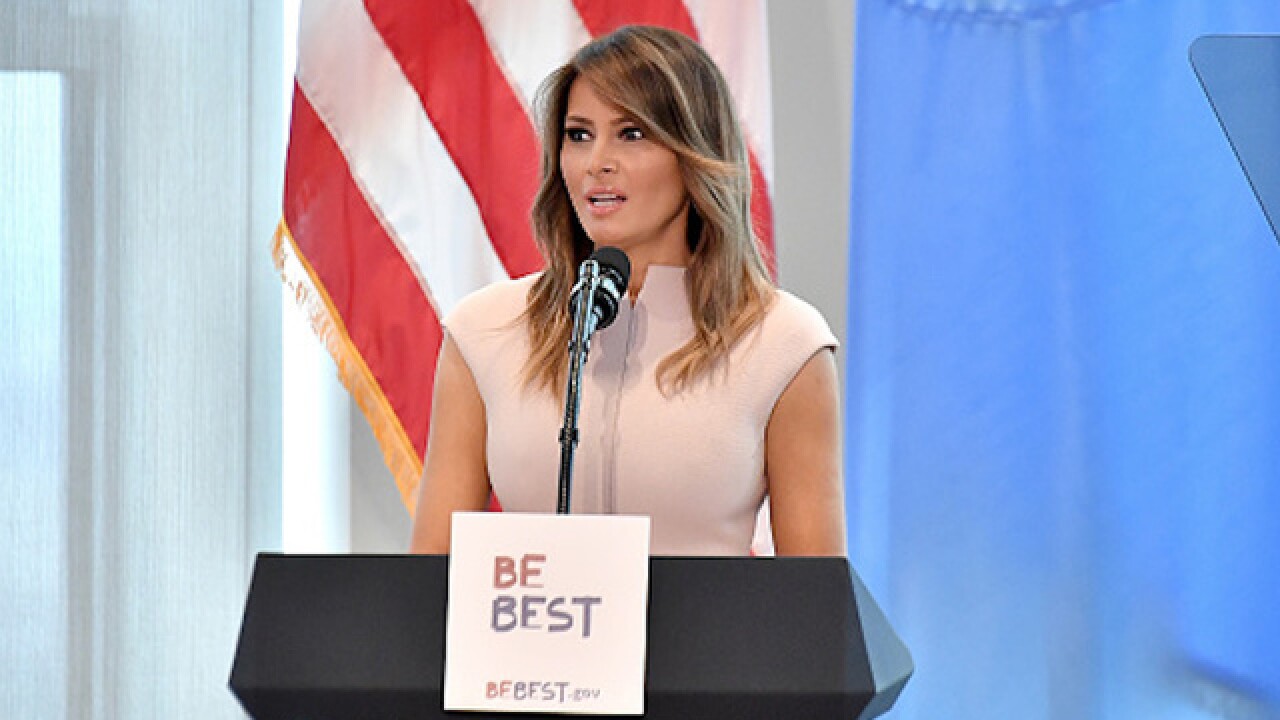 "Like it or not, she is the first lady and this is the White House," Stephanie Grisham, Trump's communications director, told CNN in a statement. "It's disrespectful and disgusting to portray her this way simply because of politics. These kinds of vulgar attacks only further the divisiveness and bias in our country -- it needs to stop."

T.I., whose real name is Clifford Harris, stars in the video as himself, seated at a fake Resolute Desk in a setting made to look like the Oval Office. Video footage of President Donald Trump taking off from the White House in Marine One plays, and shortly afterward, a woman enters the "Oval Office." The woman is wearing only a jacket, which reads: "I really don't care do u?," a clear nod to the controversial Zara jacket the first lady wore during a June trip to Texas.

The woman in the video, who has a clear resemblance to Melania Trump, then proceeds to strip off the jacket and dance atop the desk.

On Friday, T.I. tweeted the video with the accompanying statement: "Dear 45, I ain't Kanye."

The reference to rapper Kanye West comes on the heels of  West's visit to the White House last week  where he elaborated on his support for Trump.

In response to T.I.'s video debut, Grisham tweeted Saturday from her official Twitter account: "How is this acceptable? #disgusting #boycottT.I."