Fight between teacher, staff member caught on video in Georgia 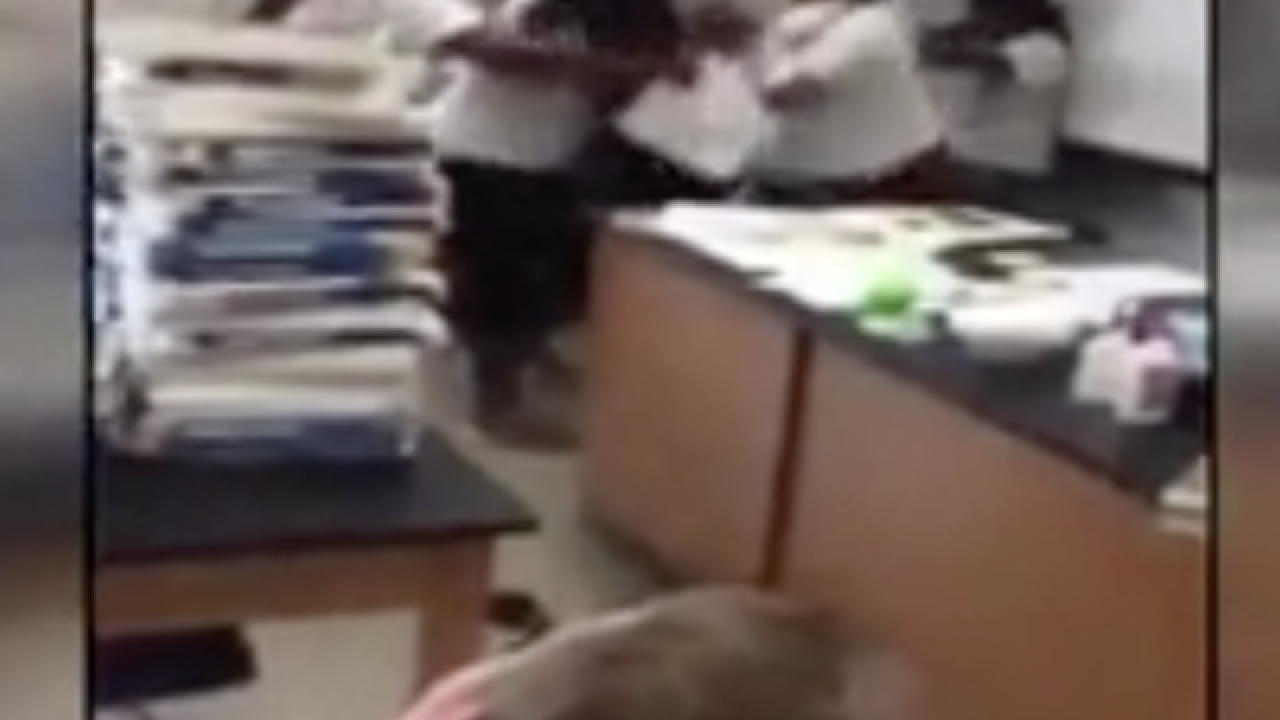 Middle school students screamed in class as a teacher and a staff member got into a fist fight right in front of their desks.

The brawl happened on May 19 at Stone Mountain Middle School, which is northeast of downtown Atlanta, Georgia.

A student recorded most of the fight on her cell phone.

The women are throwing punches and pulling hair, and another adult had to get in the middle to break it up.

Julia Berry's daughter was inside the classroom and watched the fight unfold. Berry wants these women fired, saying that they set a horrible example for students.

After the fight was finally broken up, students say school officials came into the classroom, went through their cell phones and made them delete any evidence of it.

The DeKalb County School District says it's not aware of staff going through the student's phones. The communications director did say he would send  a statement, but only after a reporter would send him a copy of the video.

The statement says, in part, for those involved in the fight, "Those staff members that participated in the conduct have been removed from the learning environment. Following our process, DCSD will act swiftly and decisively to hold those employees accountable for their actions."

erry says Stone Mountain Middle School sent out a letter saying, "Safety and security procedures are in place to help maintain a safe campus. Anyone who creates an unsafe learning environment for our students receive swift disciplinary actions."