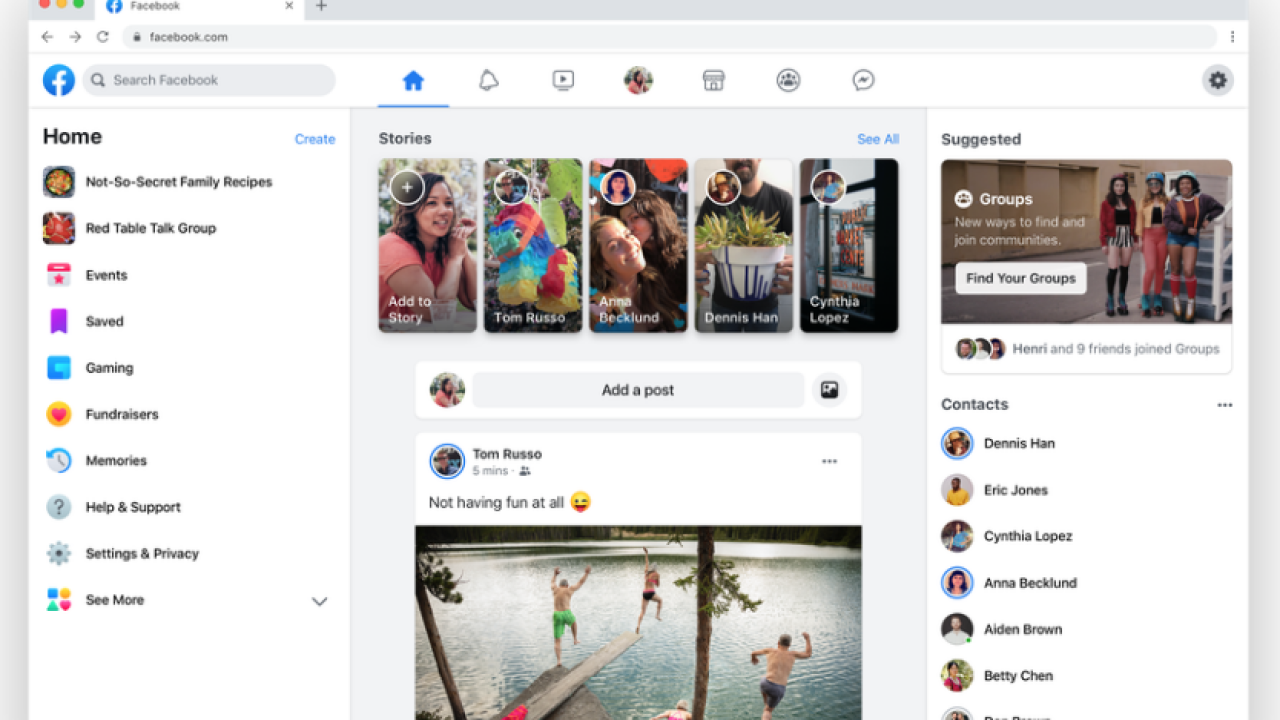 Facebook CEO Mark Zuckerberg opened up his company's annual developer conference with a look at a newly designed Facebook app, called FB5, and a warning that its past issues will keep surfacing as it tries to evolve into a more secure platform.

"I know we don't exactly have the strongest reputation on privacy right now, to put it lightly," said Zuckerberg on Tuesday.

Zuckerberg addressed an audience of around 5,000 attendees at the F8 conference in San Jose, California on Tuesday morning. He kicked off the two-day event with a keynote address that revolved around his desire to make Facebook privacy-centric.

He outlined six principles he said the company is focusing on going forward: private interactions, encryption, reduced permanence (meaning content and messages that disappear), safety, interoperability (being able to communicate across the company's different networks and platforms), and secure data storage (not storing user data in countries where it could be accessed, for example).

"I'm sure we're going to keep unearthing new issues for a while, so it may not seem like we're making progress at first," said Zuckerberg.

The company has has a turbulent past year, with seemingly never-ending scandals touching on privacy, security, election meddling, misinformation and hate speech. It has spent large amounts of money and energy trying to address the issues and repair its reputation. Last week, Facebook said it was setting aside $3 billion to put toward an expected $3 billion to $5 billion fine from the Federal Trade Commission over privacy violations.

Zuckerberg is no stranger to trying to diffuse and spin the company's problems. He has used media interviews, an appearance in front of Congress, and his own Facebook posts to repeatedly apologize for the company's mistakes and promise to do better.