Facebook to purge some high-profile people from platform, including Louis Farrakhan, Alex Jones 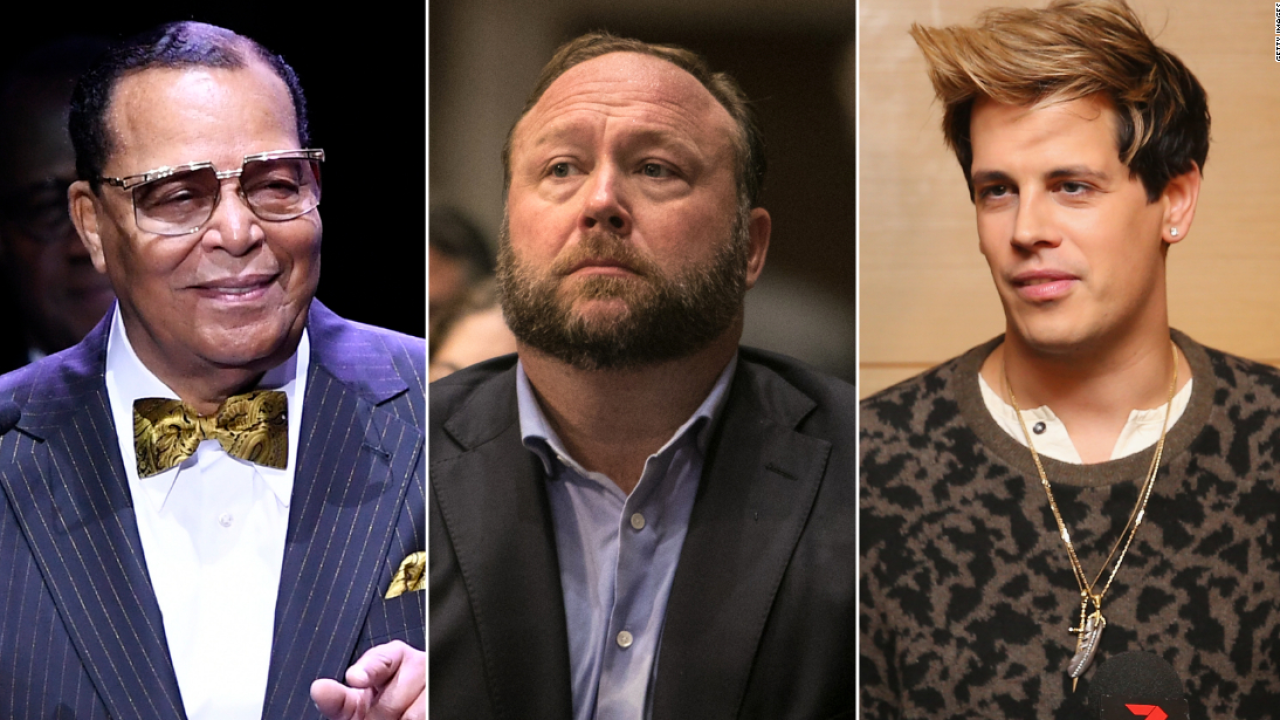 Facebook announced Thursday afternoon that it had designated some high-profile people, including Nation of Islam leader Louis Farrakhan, who's notorious for using anti-Semitic language, and right-wing conspiracy theorist Alex Jones, as "dangerous" and said it will be purging them from its platforms.

Jones and his media outlet InfoWars had previously been banned from Facebook in in August 2018, but had maintained a presence on Instagram, which is owned by Facebook. On Thursday, Jones and InfoWars will be barred from Instagram as well.

"We've always banned individuals or organizations that promote or engage in violence and hate, regardless of ideology," a Facebook spokesperson said in a statement provided to CNN Business. "The process for evaluating potential violators is extensive and it is what led us to our decision to remove these accounts today."

A Facebook spokesperson told CNN Business the company goes through a lengthy process and takes into consideration a number of factors before determining an individual to be "dangerous."

In some instances, when Facebook bans an individual or organization, it also restricts others from expressing praise or support for them on its platforms, the spokesperson said, adding that the company continues to view such action as the correct approach. That policy may not apply to any or all of the people banned Thursday, however.

The spokesperson added that Facebook will remove groups, pages and accounts created to represent the banned individuals when it knows the individual is participating in the effort.