Eta Aquarids: The skies are primed to present a dazzling meteor shower 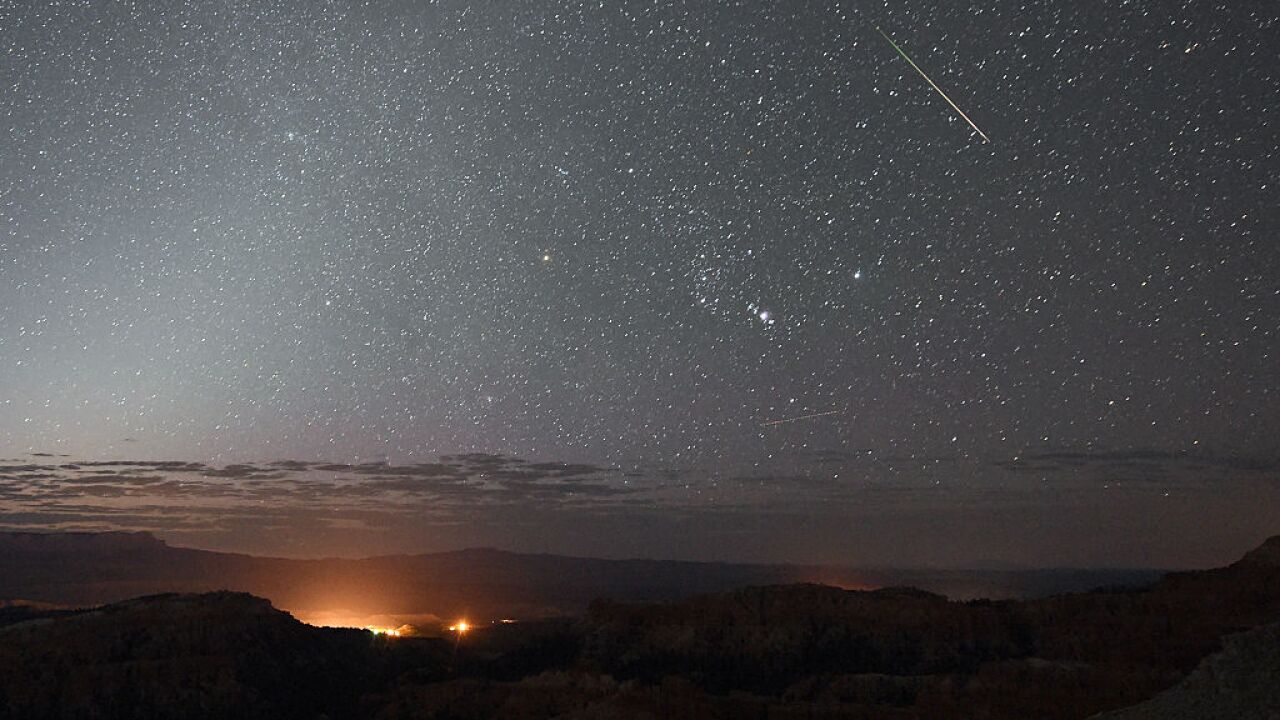 The Eta Aquarids meteor shower is back for its annual show, and scientists say it should be most impressive over the next two nights.

With a new moon allowing a black background starting Saturday the display should be highly visible. Both Saturday night/Sunday morning and Sunday night/Monday morning should be great for skywatchers.

EarthSky says the most meteors could fall "before dawn on (or near) May 5."

NASA says the shower "reaches its peak the morning of the 6th."

Viewing will be best in the Southern Hemisphere.

"You'll see fewer in the Northern Hemisphere because the shower's point of origin, called the radiant, doesn't rise until well after midnight, and won't get too high in the sky before dawn," NASA says.

The meteor shower is produced by debris left behind by Halley's Comet. The frozen particles disintegrate in Earth's atmosphere, setting off the bright and colorful display.

Halley's Comet last flew by us in 1986 and isn't set to return until 2061. But its remnants light up the skies very year.

Want to see for yourself?

NASA advises: "Find an area well away from city lights. Come prepared with a sleeping bag, blanket or lawn chair. Lie flat on your back with your feet facing east and look up, taking in as much of the sky as possible. After about 30 minutes in the dark, your eyes will adapt and you will begin to see meteors."