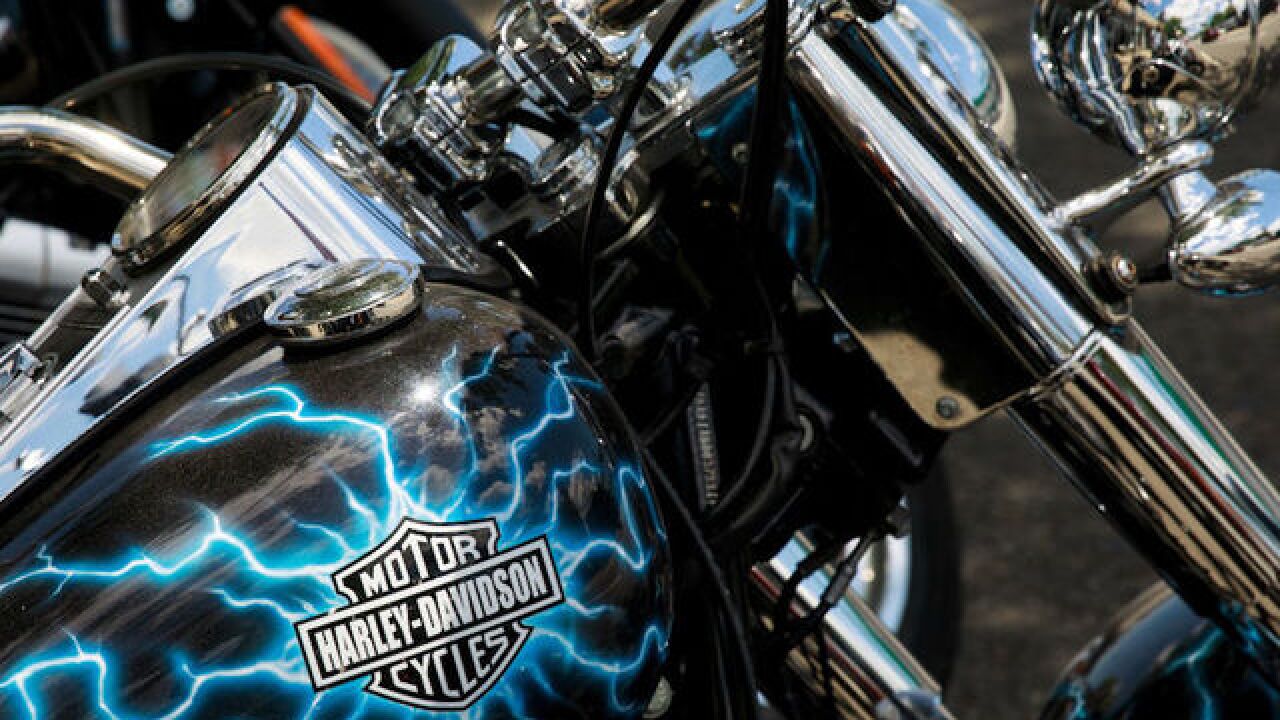 Image copyright 2018 Getty Images. All rights reserved. This material may not be published, broadcast, rewritten, or redistributed.
Drew Angerer
<p>A Harley-Davidson logo adorns a bike outside of the Harley-Davidson of New York City showroom store, June 25, 2018 in the Queens borough of New York City. The American motorcycle company announced on Monday that it will shift production of some of its bikes overseas in order to avoid retaliatory tariffs by the European Union in response to U.S. President Donald Trump's tariffs on steel and aluminum imported from the EU. </p>

President Donald Trump on Monday sought to frame Harley-Davidson's decision to move production of some motorcycles overseas as the result of European tariffs.

It was a sign of an early administration strategy as companies wrestle with Trump's trade fights, which he says will benefit American workers.

"Surprised that Harley-Davidson, of all companies, would be the first to wave the White Flag," Trump wrote on Twitter as he flew aboard his Marine One helicopter from the White House to Joint Base Andrews.

"I fought hard for them and ultimately they will not pay tariffs selling into the E.U., which has hurt us badly on trade, down $151 Billion. Taxes just a Harley excuse - be patient!" he wrote.

Trump continued to train his focus on the company Tuesday, tweeting: "A Harley-Davidson should never be built in another country-never! Their employees and customers are already very angry at them. If they move, watch, it will be the beginning of the end - they surrendered, they quit! The Aura will be gone and they will be taxed like never before!"

The Wisconsin-based motorcycle firm announced on Monday it would shift production of motorcycles intended for European consumers out of the United States, hoping to avoid European Union retaliatory tariffs. Those were applied last week in response to Trump's own tariffs on steel and aluminum.

For motorcycles, the European bloc raised its 6% tariff to 31%. That will make each bike about $2,200 more expensive to export, Harley-Davidson said.

In a regulatory filing, Harley wrote that shifting production was "not the company's preference, but represents the only sustainable option."

Trump has made a manufacturing revival central to his economic message, hoping to retain his political base of white blue-collar workers. He's said the tariffs he's applying will realign trade imbalances that harm US workers.

But companies have warned that retaliatory tariffs could be devastating for business, or lead to higher prices for US consumers.

Trump's tweet on Monday is a sign the administration will continue placing blame on US trading partners, even as American companies shift production or lay off workers amid escalating trade battles.