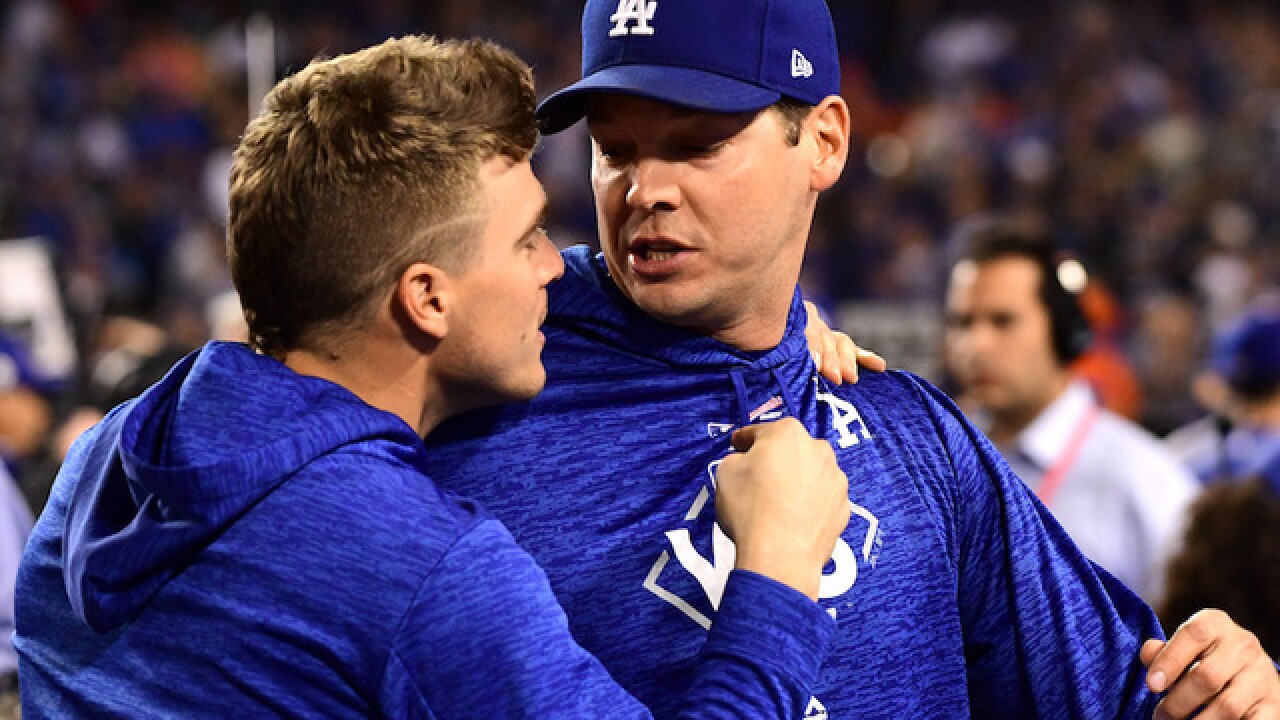 One of the most entertaining World Series of all time is going the distance.

The Los Angeles Dodgers have forced a decisive Game 7, winning Game 6 at home 3-1 against the Houston Astros on Tuesday night.

"I think it seems fitting," Dodgers manager Dave Roberts said about this series needing all seven games. "You've got the two best teams in baseball going head to head. Like we've talked about from the beginning, these two teams mirror one another. And the compete and fight in both teams is the most important thing I see as similarities. But, again, we worked all year long to have home-field advantage, and here we are. It's only fitting for this series, yeah."

Justin Verlander, acquired by Houston for a deep postseason run, was dominant through the first five innings. He had a 1-0 lead thanks to a solo home run by Astros leadoff hitter George Springer in the top of the third off Dodgers starter Rich Hill. It was Springer's fourth home run in this World Series, making him the only other leadoff hitter aside from Lenny Dykstra (1993) to accomplish that feat.

But the Dodgers got to Verlander, the former Detroit Tigers ace, in the bottom of the sixth with an RBI double by Chris Taylor and an RBI sacrifice fly by Corey Seager.

Joc Pederson added a solo home run off Astros reliever Joe Musgrove in the bottom of the seventh. It's Pederson's third home run of the World Series.

Hill lasted 4 2/3 innings, giving up the one run, one intentional walk and four hits on 58 pitches. He struck out five.

The Astros have never won a World Series in their completed 55 seasons. Only the Cleveland Indians (69 years) and Texas Rangers (57 years) have had longer current championship droughts than Houston. The Dodgers last won the Fall Classic in 1988.

This marks the 39th time in a best-of-seven World Series that the Fall Classic has extended to a final game (including 1912, when eight games were played following a Game 2 tie). The Dodgers will attempt to become the 21st team to come back from down 3-2 in the Fall Classic under the current seven-game format.

This year's Fall Classic has been full of power -- these teams set the record for most home runs in a single World Series with 24 so far -- and dramatic comebacks. Game 5 was the craziest of all, ending with a 13-12 Astros walk-off win in the 10th inning.

"This series has been back and forth," Astros manager A.J. Hinch said Tuesday after Game 6. "And two incredible teams, trying to get to the finish line. And so now, now obviously it's good for our sport. Necessarily bad for us, because we wanted to win tonight. We'll get back to the hotel, where we'll collect ourselves. Both teams will be ready to play with about as much energy as you could possibly imagine in Game 7."

First pitch for Game 7 is scheduled for Wednesday at 8:20 p.m. ET. Yu Darvish will start for Los Angeles. In Game 3, he lasted just 1 and 2/3 innings, the shortest outing of his major league career. Lance McCullers Jr. will start for Houston.