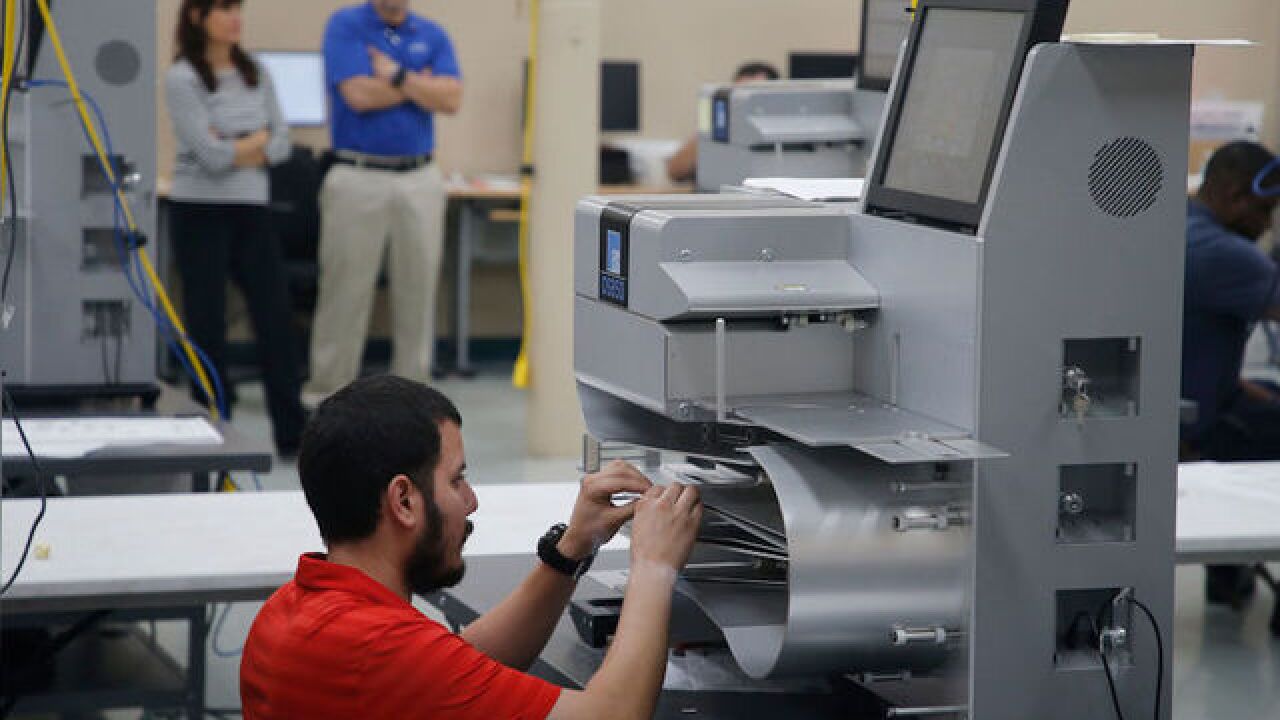 Image copyright 2018 Getty Images. All rights reserved. This material may not be published, broadcast, rewritten, or redistributed.
Joe Skipper
<p>An elections official works on a counting machine as it was calibrated prior to the start of a recount of all votes at the Broward County Supervisor of Elections Office on November 11, 2018 in Lauderhill, Florida. Three close midterm election races for governor, senator, and agriculture commissioner are expected to be recounted in Florida. </p>

The elections board in Florida's Miami-Dade County has collected a set of mysterious ballots in the Opa-locka mail facility after Democrats raised concern about the uncounted votes.

The uncounted ballots have emerged as one of many battles over the fiercely contested Florida elections that moved this weekend into a recount phase.

Suzy Trutie, a spokesperson for the county's supervisor of elections, told CNN there were 266 ballots in the shipment and that the votes will not be counted. Florida law requires all ballots sent by mail to arrive at the election facility by 7 p.m. on Election Day, and these ballots did not meet that standard, Trutie said.

The US Postal Service said in a statement on Friday that it was operating in "close coordination and partnerships with election officials at the local, county and state levels." But as of Sunday morning, it still did not confirm ballots had not been provided in time to local election officials.

By law, all ballots for federal races must be kept by an elections board for up to 22 months after the election, which means the ballots will not be destroyed and could theoretically be brought into a potential court case.

Before the county announced the collection of the uncounted ballots, Florida Democratic Sen. Bill Nelson's attorney Marc Elias mentioned them specifically as a concern as Nelson's team looks to see if the recount process could swing the final vote total in his favor against his opponent, GOP Gov. Rick Scott.

Trutie separately told CNN that the broader recount process was going well, with operations there going in shifts 24 hours a day until counting is done.

Narrow margins in the midterm elections paved the way for a recount in Florida for the governor, senate and agriculture commission races. The recounting process began Saturday as candidates, activists and lawyers clashed over the process.

A group of activists tried to meet with a supervisor Friday outside the mail distribution center in Miami-Dade County. Later on Friday, a spokeswoman for the US Postal Service said it was "researching the matter to verify that all ballots have been handled in accordance to USPS service standards."

Andrea Cristina Mercado, the executive director of New Florida Majority, was one of the activists at the facility previously and challenged the supervisor of elections' pronouncement that the votes would not be counted.

"Everything we've heard indicates the opposite of what the supervisors are saying," she said. "We've been told there was a ballot back-up for weeks at that facility. It would be a horrifying discovery if either the USPS management or the supervisor of elections was in some way covering up mishandling that occurred there."