Exit polls: Most voters feel good about economy, not on direction of the country 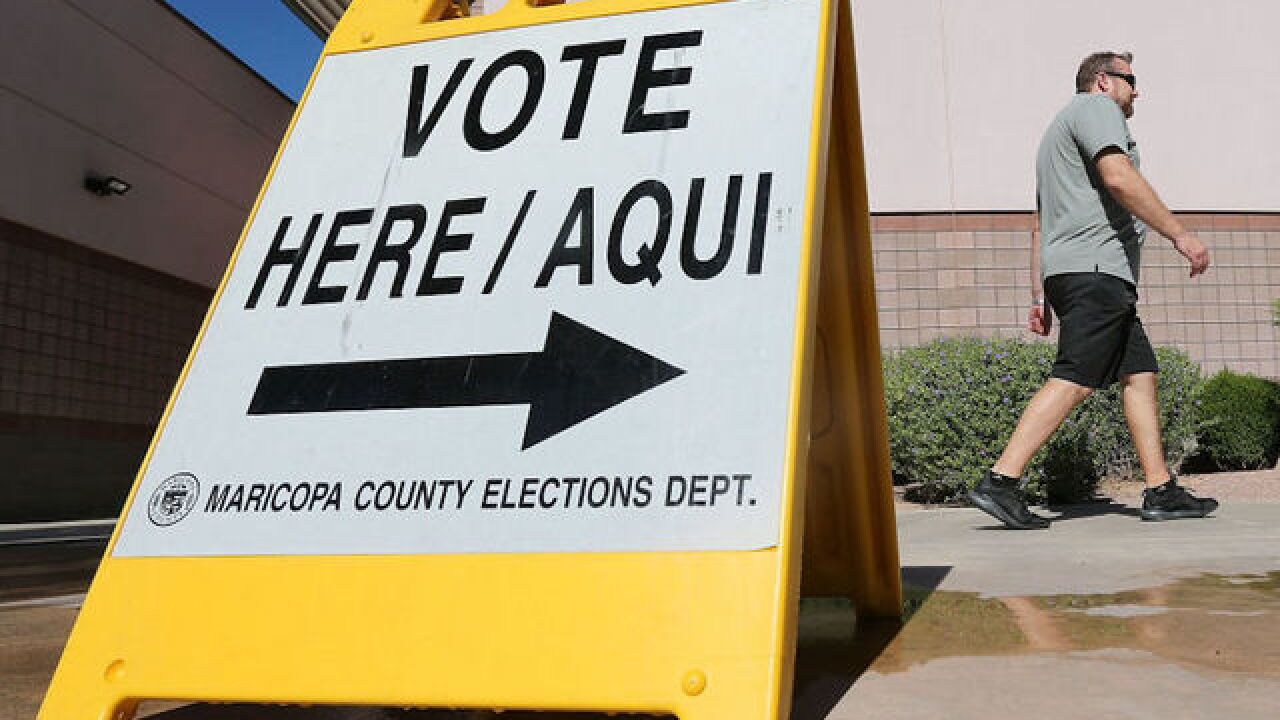 The election was very much about President Donald Trump, as many voters cast their ballot specifically to oppose or support him. Similarly, reviews of his agenda and his accomplishments were mixed. About half of voters said that Trump's immigration policies are too tough, while around a third think they're just right and few, only about 15%, think he's not tough enough, according to preliminary results from CNN's national exit polls.

The tax law passed by Republicans and touted by Trump hasn't had a lot of impact on American voters' personal finances, according to the poll. Close to half say they've seen no impact, while around three-in-10 said the law has helped and a quarter report the tax law has hurt them.

Extremist violence was a factor in many votes in 2018

Slightly fewer but around seven-in-ten said that it's very or somewhat important for racial and ethnic minorities to be elected to public office. Around two-thirds of white voters said it's important to elect more minorities while around 80% of African Americans agreed.

It's no surprise that health care was the top issue for most voters. Roughly four in 10 voters listed it as their top concern, according to preliminary results from CNN's national exit poll.

This was especially true among Democrats.

What is more surprising is that roughly seven in 10 voters said they wanted major changes to the nation's health care system, with more Democrats feeling this way than Republicans. Among voters who felt that health care needs minor or no changes, the majority were Republicans.

This is a huge swing from two years ago, when President Donald Trump and congressional Republicans saw their big wins at the polls as a mandate to repeal the Affordable Care Act. The effort ultimately failed, though the Trump administration continues to undermine the landmark health reform law through regulatory changes.

This election, however, revolved around retaining Obamacare's key provisions that protect those with pre-existing conditions. Democratic candidates repeatedly attacked their Republican rivals as jeopardizing the health insurance of millions of Americans who are or have been sick. The popularity of these Obamacare protections forced Republican candidates to promise to uphold these measures.

Many voters weren't convinced. More than half said Democrats would better protect health care for people with pre-existing conditions, while only one-third said Republicans would.

Most voters feel good or great about the economy

President Donald Trump has repeatedly highlighted how good the economy is doing under his watch.

Many voters agreed. More than two-thirds said the economy is excellent or good, though Republicans were much more likely to feel that way, according to preliminary results from CNN's national exit poll.

Just under a third of voters said the economy is not good or poor, and about 85% of them were Democrats.

The economy, however, was not the key issue for many voters this midterm election. It ranked third, behind health care and immigration but well ahead of gun policy. The economy mattered more to Republicans than Democrats.

Nearly half of voters felt their financial situation is the same as it was two years ago. Just over a third said it was better, while a little less than 15% said it was worse.

Republicans were initially running on the tax cut package they passed at the end of 2017, though that fervor faded as the midterms approached. Voters were more muted about the tax cuts' effect on their lives. Nearly half said it had no impact, while just under a quarter said it hurt them. Just over a quarter said they were helped by the tax cuts.

Voters decided a long time ago

A big majority of voters, about two-thirds, made their 2018 election decision before the last month, according to preliminary exit poll results. Only one-in-five said they decided in the last month and even fewer said they made up their minds in the last few days or last week.

A majority, a little more than half, said things in the country are on the wrong track. About 40% say they're going in the right direction.

This election is about Donald Trump

Two-thirds of voters say their vote in today's congressional election is about Donald Trump, according to early exit polls, and more say they're showing up at the polls to express opposition than support for the President. The President's approval rating is net negative among the nation's voters, and more say things in the country are on the wrong track than that they are going in the right direction. Still, nearly 7 in 10 say the economy is in good shape, and those who say their personal finances are in better shape now than two years ago outnumber those who feel their finances have worsened.

About 4 in 10 voters turning out to vote across the country choose health care as the most important problem facing the country, and more, 7 in 10, say the nation's health care system needs major changes. About 2 in 10 each choose the economy and immigration as their top issue, and 1 in 10 say it's gun policy.

With a historically diverse slate of candidates on ballots nationwide, about half of voters say it's very important to them that more women are elected to public office and that more racial and ethnic minorities are elected.

A sizeable 1 in 6 voters say this election is the first time they're casting a ballot in a midterm contest.