Death toll rises to 8, as states prepare for another threat of severe storms

Death toll rises to 8, as states prepare for another threat of severe storms 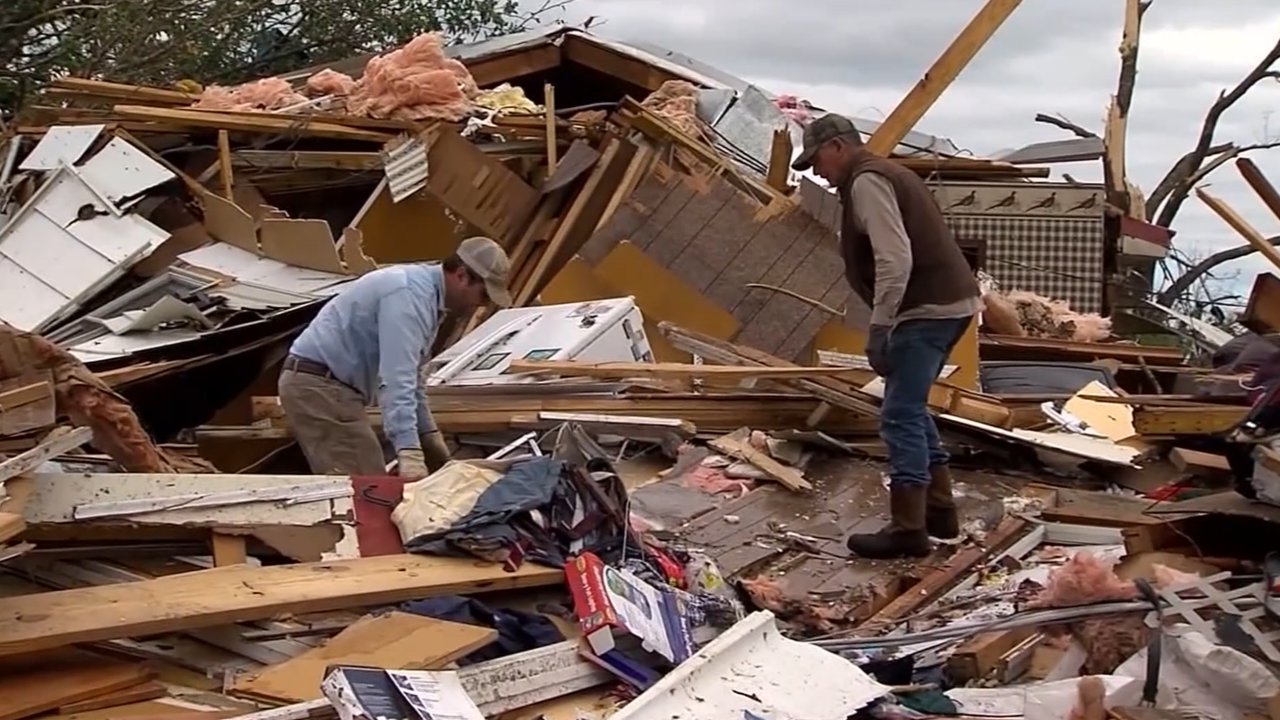 From flooding to tornadoes, a deadly storm system blew through parts of the country over the weekend.

At least eight people are dead, including three children, after severe weather slammed the south.

Lily Pierce survived a tornado in Mississippi, after she took cover for three hours inside a storm shelter.

“All the sudden, you’re crashing on the floor crying, praying it’s not you,” Pierce told TV station WBMA.

At least 18 tornadoes hit four states. Two children died, when a tree fell on their car during a tornado outbreak in Texas.

“You can't imagine that happening. I would never think of that, you know, a tree hitting a car while you're going down the road, so it was very upsetting,” said neighbor Joe Spangler.

The children’s mother ran to Spangler’s house. begging for help.

“She was like 'help me, help me,' so I pulled her in the house, and I saw down the road that her husband was down there, so I ran down there to see what was going on,” Spangler told TV stations KTRE. “When I got down there, I mean, I saw the size of the tree and how it was on the car. I knew it wasn't a good outcome.”

More severe weather is expected this week and threatens some of the same areas hit over the weekend, as well as the East Coast.