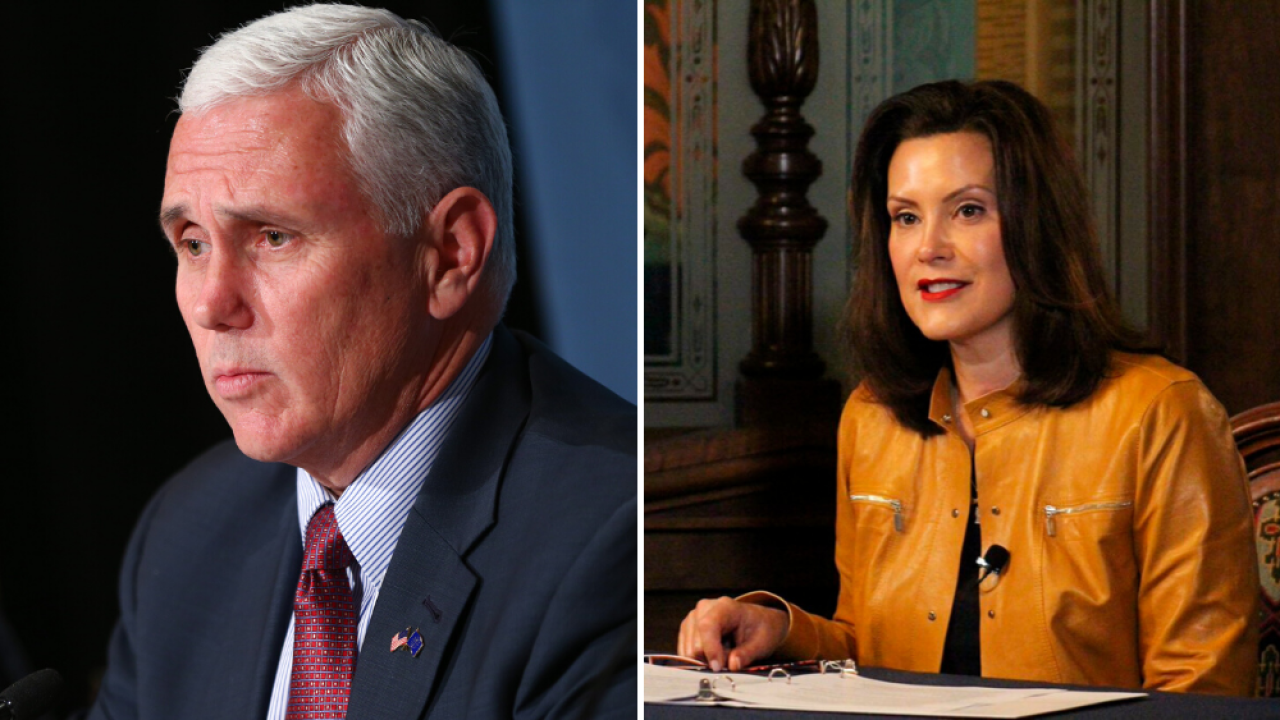 Michigan Gov. Gretchen Whitmer told Vice President Mike Pence she was concerned that COVID-19 was spreading to rural parts of Michigan after groups of protesters gathered at the state capitol in defiance of her social distancing orders.

On a call with governors Monday afternoon, ABC News reports that Whitmer told Pence she was not only worried about the safety of those protesting, but also the health and safety of the communities where the protesters lived.

"We have seen from initial protests here is that we've got COVID-19 spreading in rural parts of our state, from which people traveled. And so, our ability to move on to the next phase and keep re-engaging our economy. I'm just concerned about it," Whitmer said. "We're going to keep watching those numbers and doing the tests."

Whitmer also asked Pence to reinforce that people should take this seriously.

"If discouraging protests is something you could consider doing, I'd really be grateful," she added.

Pence didn't address the concerns over the protest, but later added that the Trump administration will "continue to emphasize to people the safe and responsible practices while we'll move toward reopening."

Pence added that the administration is grateful for the progress being made in Detroit.

The state of Michigan reports that daily increases in new COVID-19 cases have dropped slightly since their peak in April.

On April 20, Whitmer asked Pence for help on the national level to reiterate the importance of staying home.

This story was originally published by WXYZ in Detroit.