Farmers working to stay ahead of the coronavirus 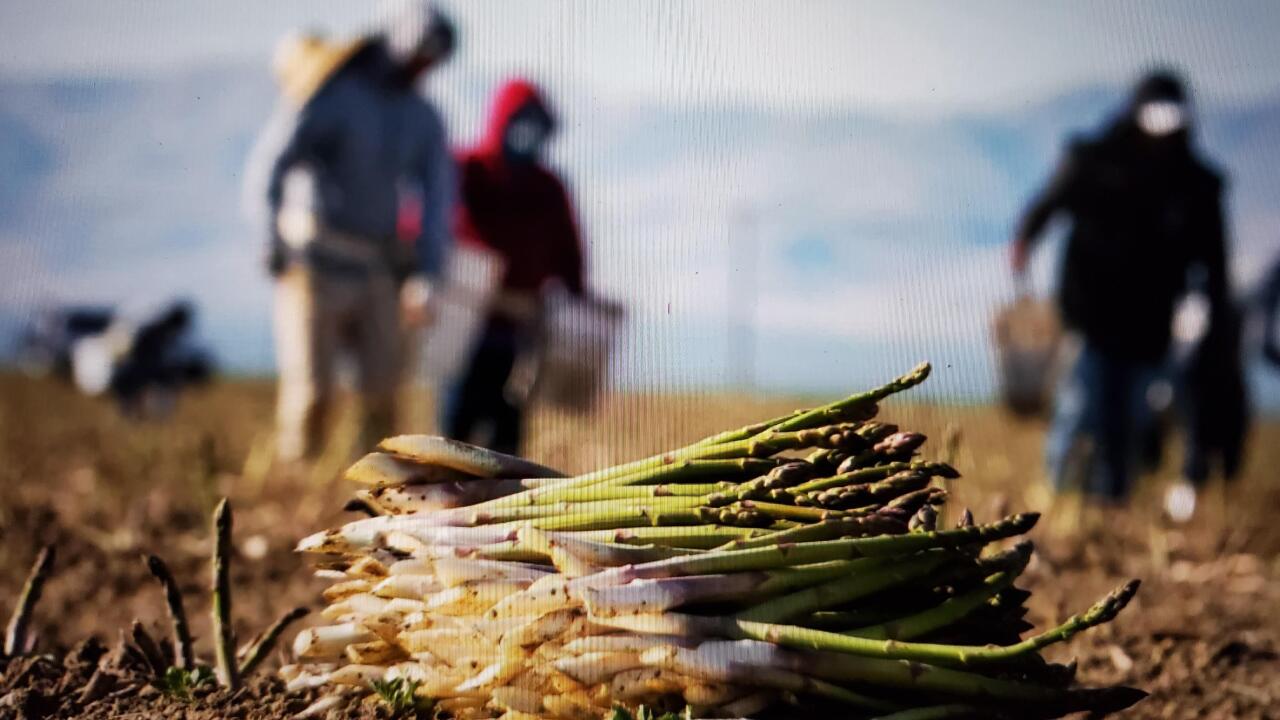 America’s farmers and farm workers are doing everything they can to keep field workers, employees and our food chain safe.

Joe Del Bosque, who farms just under 2,000 acres in California’s Central Valley, says America depends on the laborers who maintain the country’s farms.

Del Bosque harvests sweet corn, melons, asparagus, almonds and cherries. Hand washing stations can be found all over the fields these days as hand washing is said to be the best fight against the coronavirus. It's mandated that employees wash before work, after they eat, and before they head home. It’s nothing new in the agriculture world--food safety requirements dictate proper sanitation. What is new, though, are the worries and uncertainties surrounding COVID-19.

Del Bosque says employees are concerned because they don’t want to miss work.

“These folks, most don’t have a safety net, and some cannot get unemployment,” he said. “They want to understand how to protect themselves.”

“We’ve spread them out a little bit more now,” he explained. “Asparagus is 5 feet apart; now, we have them 10 feet apart. Those are the kind of concerns we have with our people. Luckily, no one has been sick yet.”

Del Bosque is halfway through his current farming season. For the upcoming seasonal harvests, he’ll need hundreds of field workers and he’s worried he won’t be able to find the laborers he’ll need. He’s worried people won’t be traveling for work, or worse.

“If anybody gets sick, everybody is going to be concerned,” he said.

A major component of farming is planning for future consumption, planting enough crops, predicting what people will want and how they’ll eat.

“Consumer habits were off the chart with toilet paper, dry beans, rice, dry foods and frozen foods, so we’re not sure. Are people going to switch to frozen when we have all this fresh foods we’re growing and harvesting?” Del Bosque wondered.


“You’re not going to run out of food,” he said. “You’ll have everything you normally have if you buy as normal. But people who binge buy throw the supply out of whack.”

In 2014, Del Bosque farms hosted then President Barack Obama after the nation’s food supply was jeopardized by California’s severe drought. He made it through those tough years and knows he’ll survive this. Crises give way to a forever growing appreciation for the people who sow his fields.

“These folks are doing a vital job for us most of them live here permanently, and we, we need them now and in the future.”

Del Bosque is currently working with Congressional leaders on immigration reform. He and many Central Valley lawmakers want to generate a path to legal status for laborers in order to secure a steady workforce for farmers. The Farm Workforce Modernization Act is pending Senate approval.