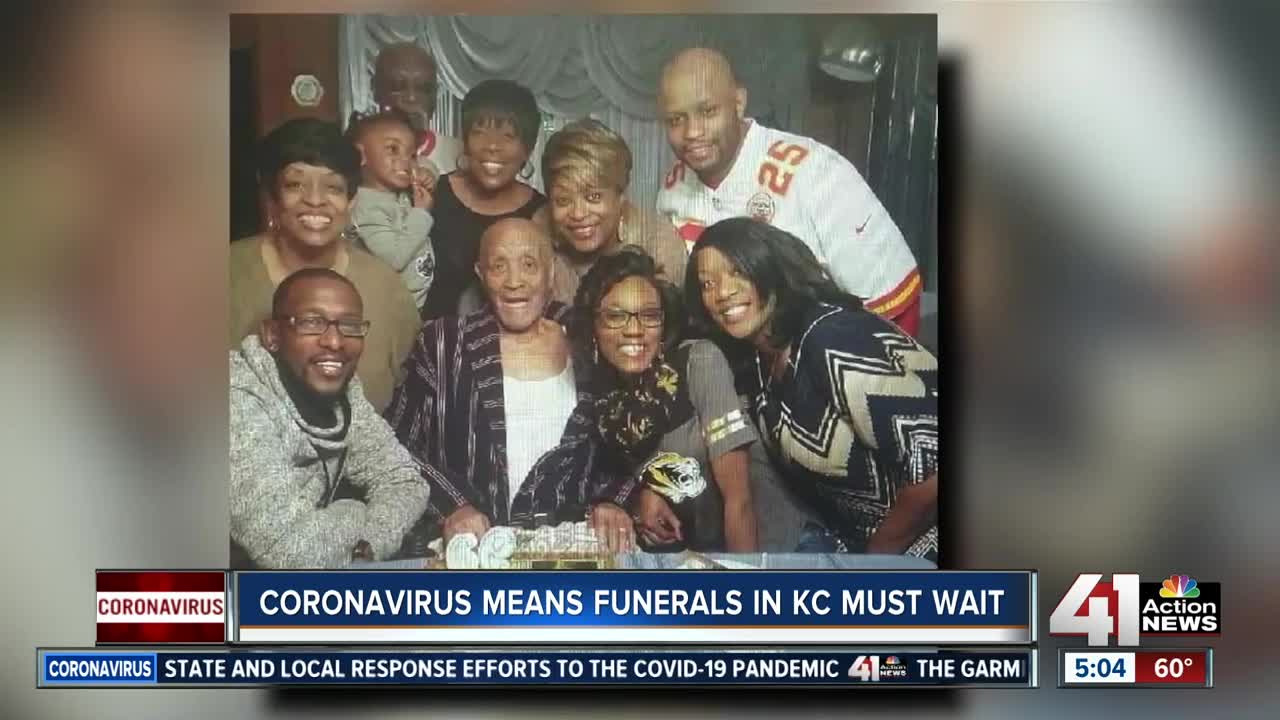 The family of Earnest Rankin Jr., a 99-year-old World War II veteran, had to cancel his funeral because of stay-at-home orders related to COVID-19, canceling plans for a grand celebration of his life. 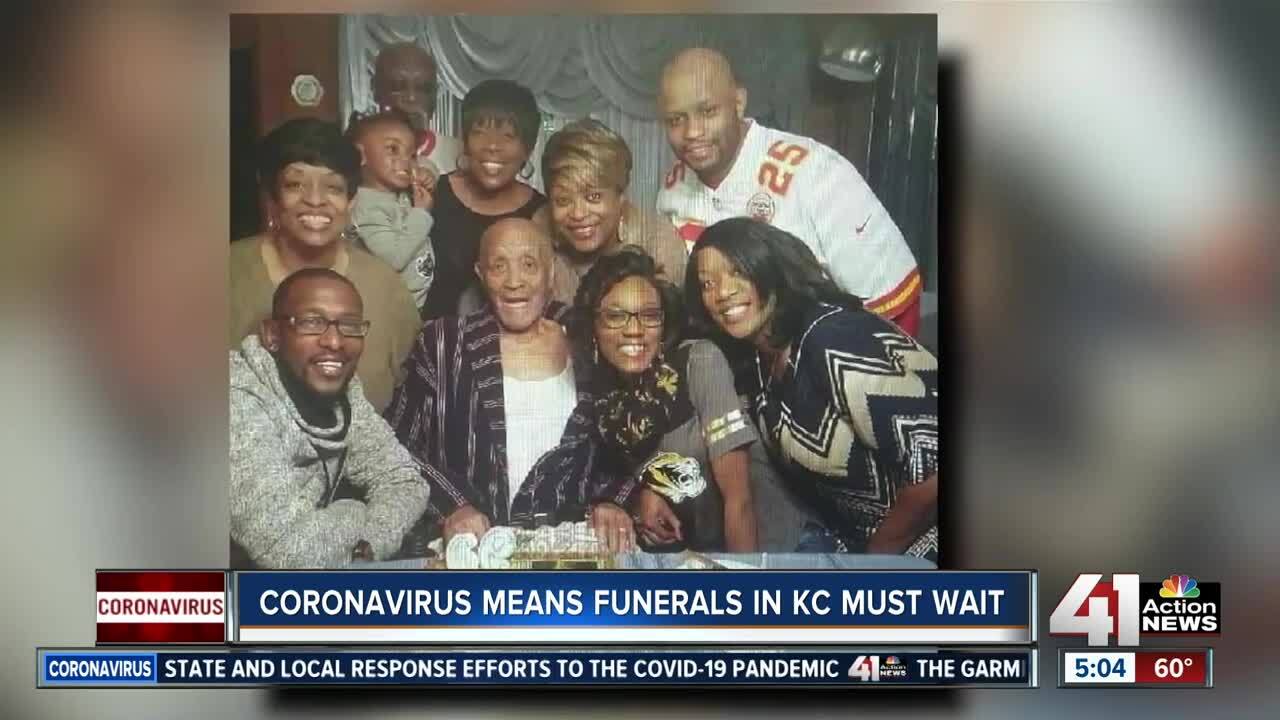 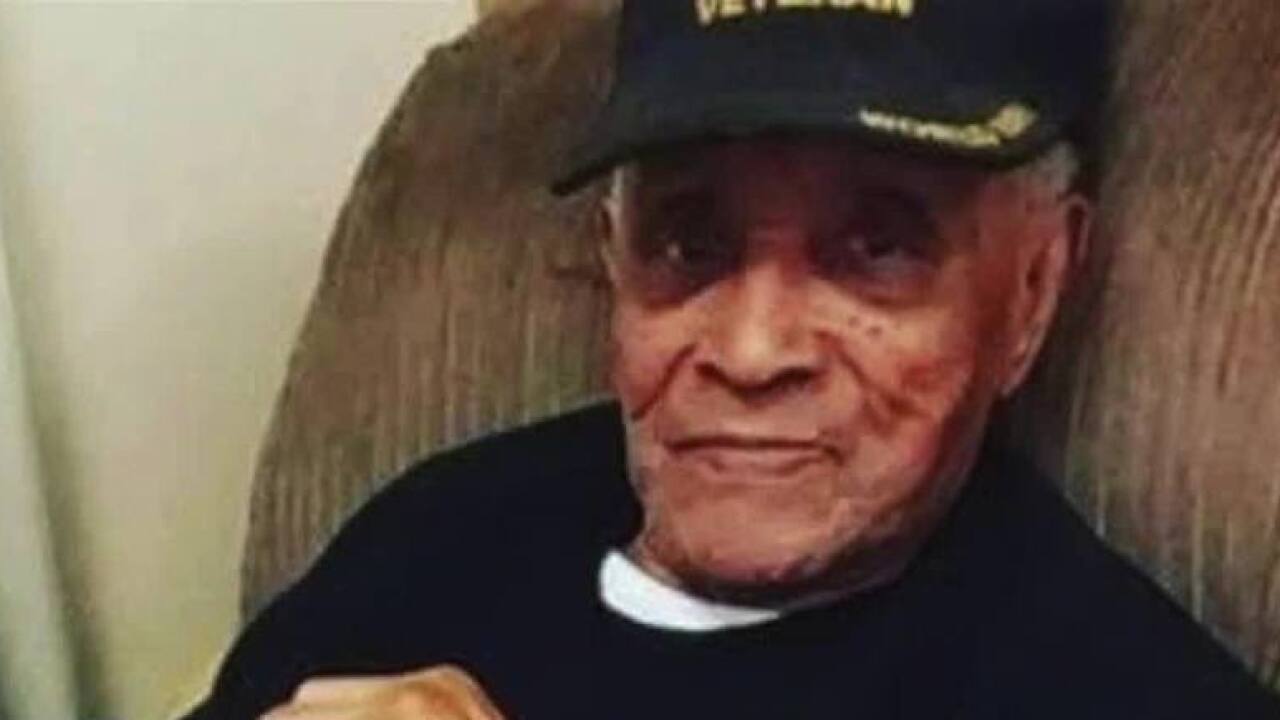 KANSAS CITY, Mo. -- Funeral directors are frustrated and families are devastated as precautions put in place to help reduce the spread of COVID-19 are upending our daily lives, including how we say goodbye to loved ones.

Earnest Rankin Jr., of Kansas City, Missouri, was a 99-year-old World War II veteran and his family had big plans to celebrate his storied life.

"His legacy was that he always enjoyed life," his daughter, Jackie Smith, said. "He liked to entertain and have fun and laugh."

Rankin's granddaughter, Jesslyn Smith, said her grandfather was there for all the big moments in her life — graduating from high school, graduating from college and family trips.

"He was just the best grandpa ever," Jesslyn said.

For Rankin's 99th birthday in November 2019, his family threw him a surprise birthday party.

Unfortunately, in death, his family will not be able to gather to celebrate those 99 years of joy and life.

Due to restrictions on public gatherings of more than 10 people and a stay-at-home order from the city and Jackson County, funerals are not allowed until at least late April.

"Getting the news, I was, I'm not going to lie to you, I was really upset and angry, because he deserves this and we deserve it," Jesslyn said of honoring Rankin with a big celebration. "Not only us, but other families."

The family had a grand plan for Rankin's service.

"We had picked out songs and who was speaking, so it was, 'Oh, my gosh,'" Jackie said of learning Friday's funeral would be canceled. It also stings "not to be able to have friends share it like we wanted it to be."

Instead, Rankin's funeral, which was supposed to happen at Lawrence A. Jones and Sons Funeral Chapel, will be a succession of relatives only who will be allowed to enter the chapel and view the body one or two people at a time.

There will be no hugs of comfort, because all visitors must maintain a six-foot separation in accordance with Centers for Disease Control and Prevention social-distancing recommendation.

At the National Cemetery, where Rankin will be laid to rest, the families will be asked to stay in their cars and cannot gather around the grave.

Larnell Jones, the Lawrence A. Jones senior funeral director, said he's never seen anything like it in 70 years in business.

Even some employees at the funeral home are working from home, while funeral workers who would normally go into homes to visit with and comfort clients must simply make phone calls.

"As far as a full-fledged service of having the music and the minister, those things ... at this point we cannot accommodate you," Jones said.

"I wanted to speak at his funeral," Jesslyn said. "I wanted to say a few things, and I can't do that now. But at least I can see him and he knows that I'm going to be there."

The family still will receive a folded U.S. flag to honor Rankin's military career, which Jackie said will be part of a future family celebration.

"Once everything is lifted, by Memorial Day maybe, we can all get together and go up and put the flowers there at the cemetery," Jackie said.

This story was originally published by Cynthia Newsome at KSHB.