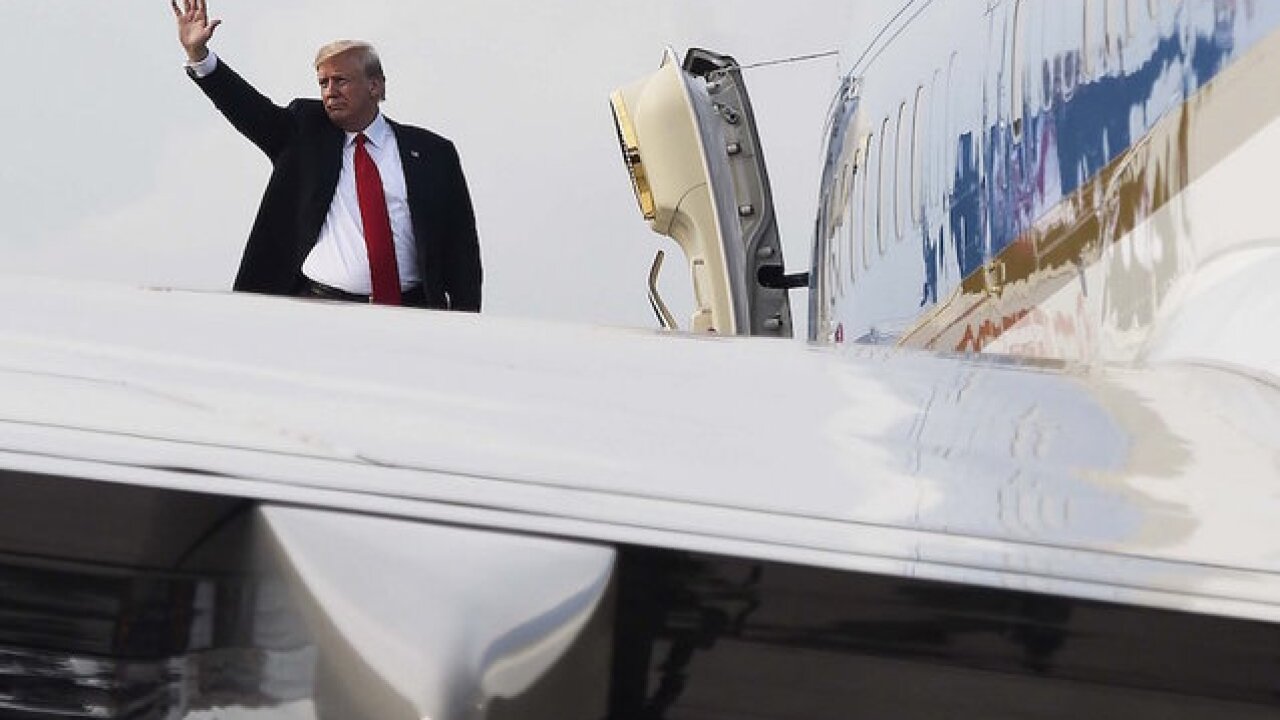 A comedian pretending to be Sen. Bob Menendez for a bit says he got through to the President, who called him back from Air Force One.

"I am shocked ... I mean we did this as a goof, I'm a comedian," said John Melendez, better known as Stuttering John. "I just could not believe that it took us an hour and a half to get Jared Kushner and Donald Trump on the phone from Air Force One."

At the start of the purported call, the voice that sounds like Trump congratulates who he thought was Menendez on his acquittal in a federal corruption case, saying, "You went through a tough, tough situation, and I don't think a very fair situation. But congratulations."

The two also discuss the upcoming Supreme Court vacancy, according to the audio on the podcast. The voice that sounds like Trump promises the fake Menendez he'll nominate a new justice in "10 to 14 days."

"All they had to ask me is what party affiliation is Sen. Menendez, or what state is he a senator of, and I would not have known. But they didn't ask me any of this," Melendez told CNN.

So they called again, but this time as "Shawn Moore," a fake assistant to Menendez.

"I changed my voice to an English accent. I do the worst English accent in the history of English accents. So I said, 'Yeah, this is Shawn Moore, Sen. Menendez's assistant, and we'd like to talk to the President.' They said they'd call me back, and then they called back on cellphone," Melendez recalled.

According to audio that aired on Melendez's podcast, Trump called while flying on Air Force One on his way back from his rally in Fargo, North Dakota, on Wednesday night.

"Donald picks up the phone and I started talking to the President. I never said to Donald that I was Sen. Menendez. I was just talking in my Long Island accent. The thing is, you hear my bad Long Island accent and a voice that Donald has talked to so many times," Melendez said.

"The President wants to be accessible to members and likes engaging them and wants them to have the opportunity to connect. The downside of that is sometimes the channels are open too widely and mistakes like this happen," a White House official said about the incident.

A source said someone in the White House Legislative Affairs Office reached out to Menendez's office Thursday morning about the phone call. The source said the New Jersey Democrat's staffers were very confused and didn't know what it was about. They haven't talked to the White House since the recording came out.

"As someone who has spent my entire career trying to convince Republicans to join me in reforming our nation's broken immigration system, I welcome any opportunity to have a real conversation with the President on how to uphold the American values that have guided our family-based immigration policy for the past century. Tearing children apart from their mothers is not part of our proud history. Thus far, this White House has only sabotaged every good-faith effort to find bipartisan common ground on immigration," Menendez said in a statement.