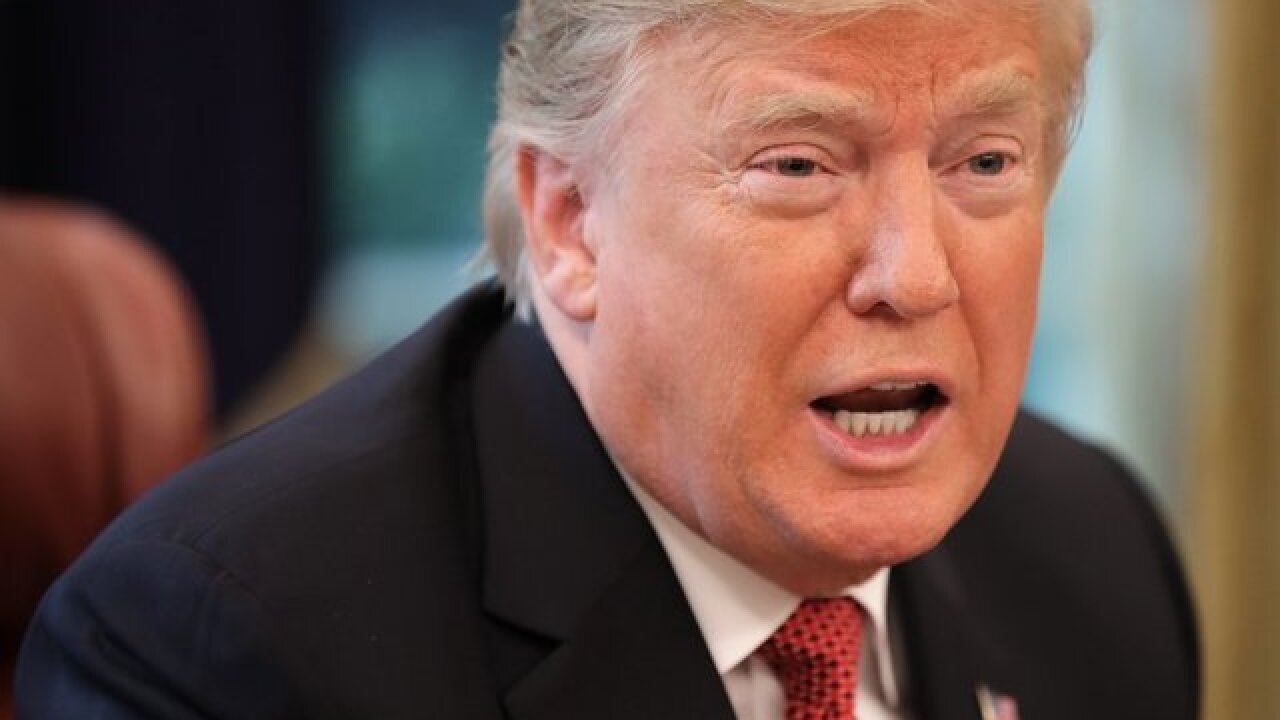 The 2016 election was psychologically traumatic for some, according to  a new study published in the Journal of American College Health . It found that 1 out of 4 students surveyed experienced clinically significant event-related distress short term.

A key battleground, Arizona got a lot of political attention.  Ultimately , Trump won Arizona by a narrow margin, earning 48.7% of the vote.

The survey students filled out asked questions to determine the emotional effect of the event the election. It asked about the impact the election had on close relationships and assessed clinical symptoms of distress and subclinical impacts, meaning emotions that don't present definitive, more readily observable symptoms.

Symptoms included  "avoidance,"  a clinical term used to describe how someone deliberately stays away from whatever is causing them trauma, and  "intrusion,"  a clinical term meaning the inability to keep memories of the source of their trauma from returning. The researchers also looked to see if demographics made a difference.

Most of those surveyed, 65%, said the election had no impact on their close relationships. About 24% reported a slight or very negative impact and a little more than 10% reported a positive impact.

If the election did have a negative emotional impact, avoidance was more common than intrusion among these students. One-fourth of participants showed clinically significant avoidance and intrusion symptoms in response to the election. Women, Democrats, people who did not identify as Christian and sexual minorities reported significantly more event-related distress, the study found.

The study had limitations. The survey did not look at conditions long term. It couldn't rule out other stressors. It only looked at this one election and did not evaluate how students reacted in other years.

Other studies looking at the 2016 election have found similar results. A  study released in June  that surveyed nearly 300 students two days before the 2016 election, on election night, and two days after, found that students who were concerned about Trump's ability to govern and those who were a part of the "non-dominant social group," including women and people of color, showed increased signs of stress before and during election night. Biological tests showed some signs of increased stress after the election, although there was a general recovery in mood, according to self-reported results.

Lindsay Till Hoyt , who  co-authored that study  and is not connected with the  current work , found this latest research interesting. She was not surprised that students felt increased stress.

"I think so much of the social media and news about the election really felt personal and aimed at specific groups like Mexican Americans and women," Hoyt, an  assistant professor of psychology at Fordham University,  said.

For example, she cites Trump's justification for building a wall between Mexico and the US, saying in  a debate  "we have some bad hombres here and we're going to get them out." Or when a 2005 "Access Hollywood" tape was released in which Trump talked about how his celebrity status  allowed him to  behave aggressively with women, saying he could "grab them by the (expletive)" and that he would sometimes "just start kissing them."

"Comments like those could hit very close to home, as opposed to arguments about abstract concepts like foreign policy and economic policy, students might not be as well versed in those topics," Hoyt said. "Because there was literal name-calling going on in the election cycle, even with students less politically engaged, that strong language and the harsher crassness of the rhetoric may have had a more broad effect on these students."

In another study she and a graduate student are working on, they've noticed that both sides, conservatives and liberals, say they have felt discriminated against during the election, and preliminary results show it has caused them stress that interrupted their sleep.

"It's not just along ethnic and racial discrimination lines," Hoyt said "Conservatives also feel discrimination is affecting their sleep, it crosses both sides of the political aisle."

Another 2018 study  looking at how 700 teachers navigated the days after the election with K-12 students, and researchers found stories of such distress. One surveyed teacher remarked "for millions of people, this is real  trauma."

Beth Sondel,  who co-authored that study of teachers, finds this latest research on college students useful.

"Many of these young kids that the teachers were talking about in our study weren't privy to the policy being presented in the election, but the rhetoric was so strong it was impacting them," said Sondel, a research assistant professor in the department of instruction and learning at the University of Pittsburgh School of Education.

Teachers reported they saw an immediate heightened fear of deportation among students. One teacher reported one of her seventh graders asked her if "Trump can come with a bus and get me?" Another teacher in Nebraska said a high school student who was expecting a baby asked if the teacher would take care of the baby if he was deported. Another teacher reported consoling a second-grade student who told her through tears that she was worried that when she'd get home from school her parents wouldn't be there.

"In general, I think our results are similar, in that we are finding that even these younger students are internalizing this rhetoric and it is causing stress and trauma," Sondel said. "I think the personal has become really political in this election."

The authors hope this latest study will help mental health professionals better counsel college students have. Knowing that an election can cause distress, professionals should ask about it to better target treatment, they said.