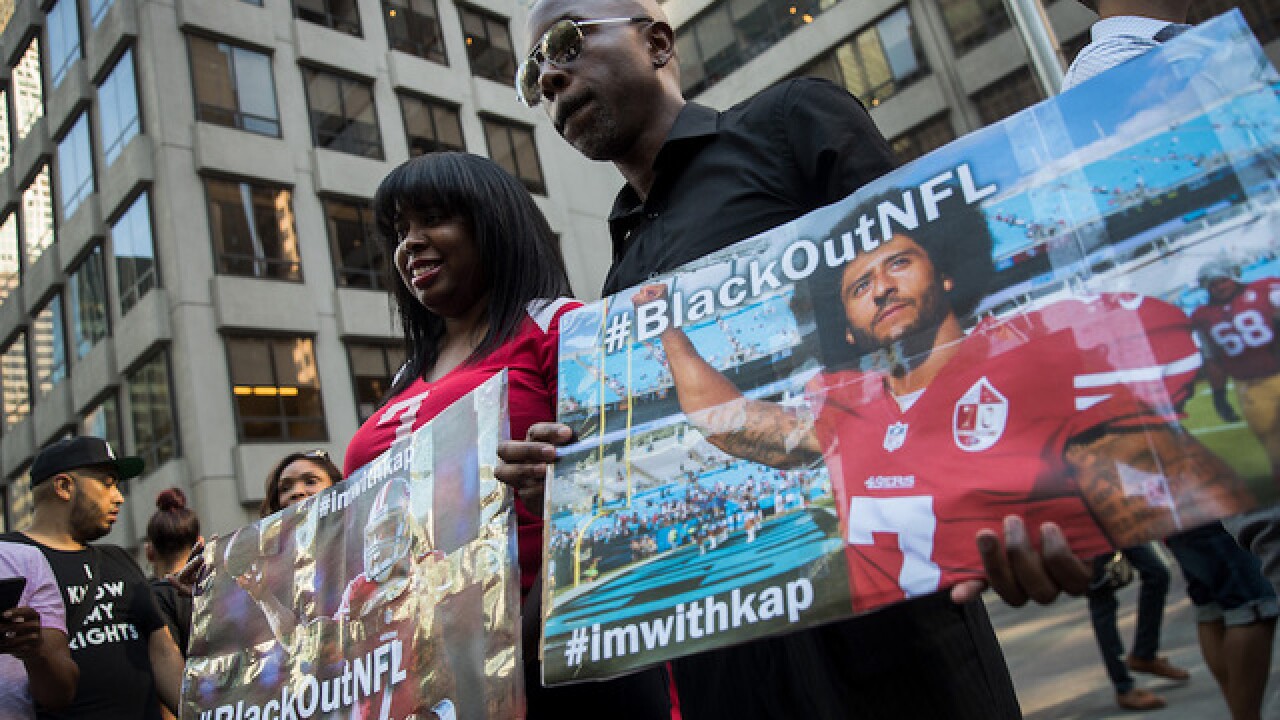 Image copyright 2017 Getty Images. All rights reserved. This material may not be published, broadcast, rewritten, or redistributed.
Drew Angerer

Colin Kaepernick has filed a grievance against the National Football League in which he claims team owners colluded to keep him from being signed.

The grievance was filed on Sunday under the league's Collective Bargaining Agreement, according to a statement from Mark Geragos, Kaepernick's attorney. Geragos is also a CNN contributor.

The statement said the grievance was filed "only after pursuing every possible avenue with all NFL teams and their executives."

Kaepernick, who is still a free agent, first took a knee during the singing of the National Anthem before a 2016 preseason game. He kneeled to protest the treatment of black Americans, particularly by police.

The protest was seen by some as disrespecting the flag. Kaepernick has yet to be picked up by another team since opting out of his contract with the 49ers in March.

The statement also says athletes who protest peacefully "should not be punished" and denied employment because of "partisan political provocation by the Executive Branch of our government."

The statement referenced comments made by President Trump, who criticized the NFL and attacked athletes who kneel during the national anthem.

"Wouldn't you love to see one of these NFL owners, when somebody disrespects our flag, to say, 'Get that son of a bitch off the field right now, out, he's fired. He's fired,'" Trump said at a campaign-style rally in September.

The statement from Geragos on Sunday also seemed to take aim at NFL owners, who promoted a message of unity after Trump's attack by locking arms with players during the anthem.

The statement said the owners "made great theater imitating" peaceful political protest by doing so.

The NFL Players' Association is not representing Kaepernick in this grievance. However, the association said it will be speaking with his team and will support him in his efforts.