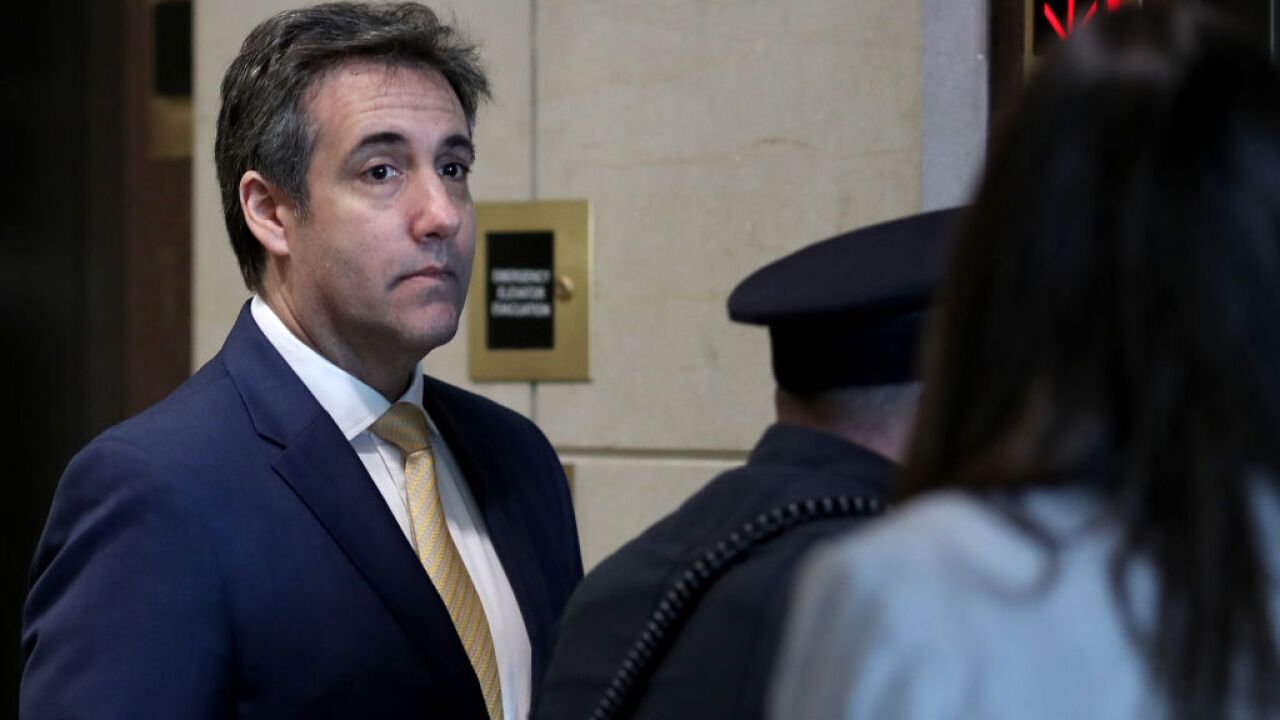 The possibility of getting a presidential pardon for Michael Cohen, Donald Trump's former fixer who is going to jail after arranging hush money payments to protect Trump's presidential campaign, was discussed last year between Cohen's attorney and lawyers for the President, The Wall Street Journa l reported Monday.

The Journal, citing conversations with people familiar with the discussions, reported that the talks occurred in April after the FBI raided Cohen's office, home and hotel room. The conversations, the paper said, took place between Stephen Ryan, Cohen's attorney at the time, and Jay Sekulow, Rudy Giuliani and Joanna Hendon, then the President's personal lawyers.

Ryan also approached Alan Futerfas, an outside lawyer for the Trump Organization, and Alan Garten, the company's general counsel, according to the paper.

Trump's lawyers "dismissed the idea of a pardon at the time," but Giuliani, who still works as Trump's lawyer, "left open the possibility" of a future pardon for Cohen, the Journal reported.

The Journal said the pardon discussions took place while Ryan was working with Trump's lawyers "to review files seized from Mr. Cohen's premises by the FBI to determine whether they were protected by attorney-client privilege."

While testifying before the House Oversight Committee last week, Cohen, who is set to begin serving a three-year prison sentence in May, said he hadn't requested, nor would he accept, a pardon from Trump.

The paper reported that during the discussions, Ryan "left the impression that if Mr. Cohen couldn't rely on a pardon, he might cooperate" with prosecutors in the Manhattan case.

The Journal said the discussions are now being looked into by the House Judiciary Committee as part of a sweeping investigation into Trump's campaign, businesses, transition and administration.

CNN chief legal analyst Jeffrey Toobin said on "New Day" Tuesday that Ryan was "doing (his) job" by trying to get Cohen a pardon.

"The President has shown through pardoning (Arizona sheriff) Joe Arpaio, through pardoning (conservative author and filmmaker) Dinesh D'Souza, that he uses the pardon power to help out his friends. So it is not surprising that they went out there trying to get a pardon. I don't think it was even inappropriate," Toobin told CNN's John Berman, adding that it's unclear whether or not Cohen knew about the discussions.

In August, Cohen pleaded guilty in a Manhattan US attorney's case to two campaign-finance violations tied to hush money payments he made or orchestrated to women during the campaign to stay silent about alleged sexual encounters with Trump, which the President has denied. Cohen has said he committed the crimes at Trump's direction.