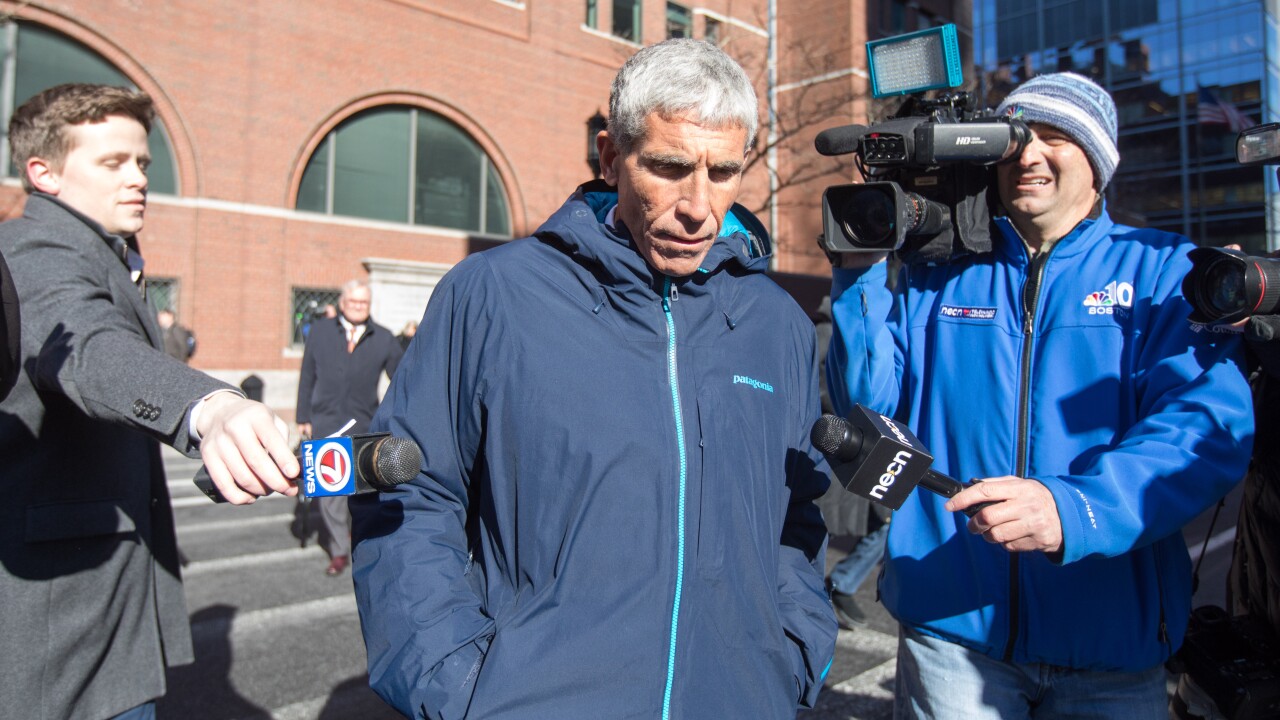 Stunning claims of a college admissions scam that could send actresses Lori Loughlin and Felicity Huffman to prison center on a CEO and company with far less name recognition:

William Rick Singer and The Key.

Singer and his company The Key allegedly helped wealthy students score better on the ACTs or SATs by helping them cheat on the exams .

Singer is also accused of bribing college coaches and athletic officials to say a prospective student should be accepted because the student was a recruit for their sports team. But Singer and the coaches knew that the student was not a competitive player, and that his or her athletic profile was fake, an indictment said.

During his hearing at a Boston federal court on Tuesday, Singer pleaded guilty to four charges and admitted the allegations were true.

"All of these things, and many more things, I did," Singer said. "I created a side door that would guarantee families would get in."

Here's what we know about the disgraced CEO and the company behind the largest college admissions scam ever prosecuted by the Department of Justice:

Singer was paid about $25 million by parents to help their children get into colleges, said Andrew Lelling, the US attorney for Massachusetts.

Prosecutors said Singer told one parent that he wanted to help the most privileged.

"OK, so, who we are ... what we do is we help the wealthiest families in the US get their kids into school," Singer said, according to prosecutors.

Even The Key's website touts the exclusive nature of the company's clients.

"The Key's clientele is all referral based; consequently, the quality of the service provided to many of the world's most renown families and individuals has provided an incredible foundation for The Key to grow its offerings worldwide," the website says.

Lelling said the scam has cost less privileged students an education of their dreams.

"For every student admitted through fraud, an honest, genuinely talented student was rejected.

Singer has been profiting in education for decades

Singer, 58, is the "CEO and Master Coach of the world's largest private Life Coaching and College Counseling Company, The Key," the company's website says.

Over the past 20 years, Singer and his team helped more than 90,000 adults and also guided high school and college students seeking undergraduate or graduate degrees, The Key said.

"In 2000, Rick and three other educators created the first online high school, the University of Miami Online High School in which Rick and his team created a student population of over 18,000 students annually paying over $15,000 per year to attend until Kaplan College Preparatory purchased the rights."

According to The Key, Singer's career includes positions such as:

He's the author of a book called 'Getting In'

Singer wrote the 2014 book "Getting In" about "gaining admission to the college of your choice."

The book stressed the importance of applicants developing a strong "personal brand."

The Key is an international company

The Key is in 81 US cities and five foreign countries, "working one on one with students and parents on devising a game plan for life," the website says.

Coaching takes place either at a client's home or office, or remotely by telephone or Skype.

Singer could spend the rest of his life behind bars

The 58-year-old could face up to 65 years in prison, three years of supervised release, a $1.25 million fine and a $400 special assessment

Sentencing is scheduled for June 19.