Central US reels from week of deadly weather 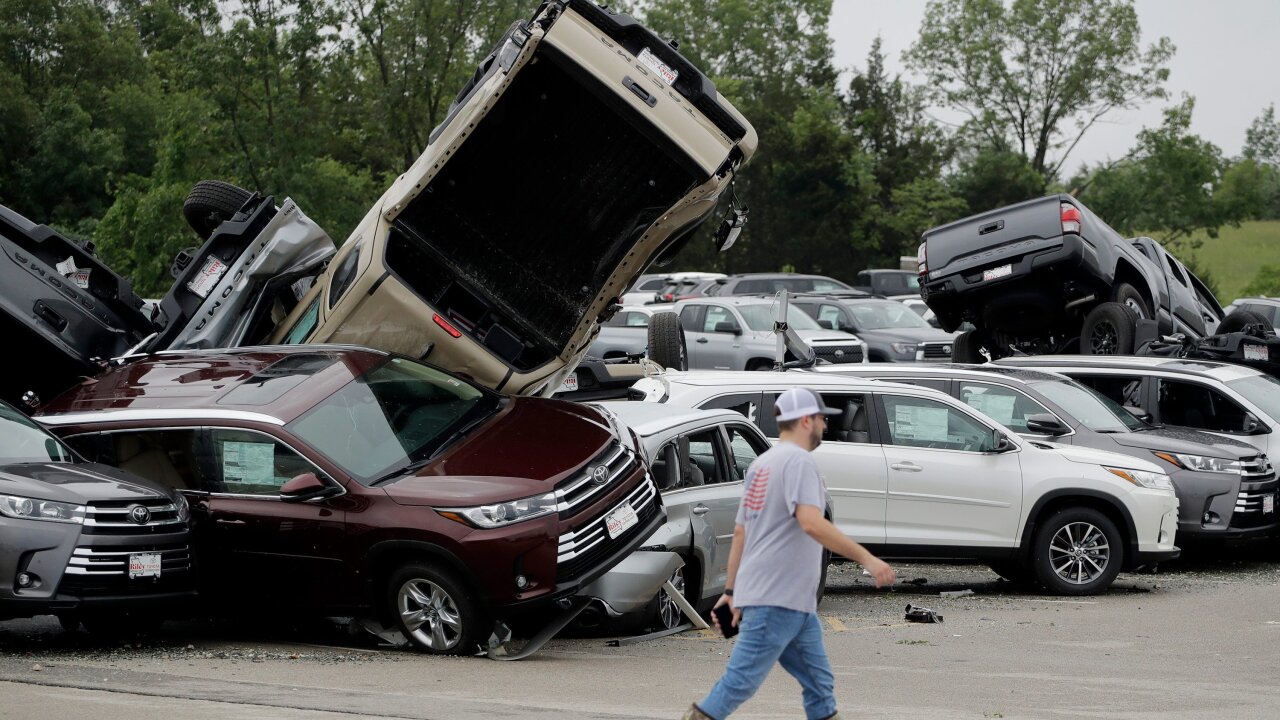 Ten people are dead and a 4 year-old boy remains missing after more than a week of severe weather across the central US that put tens of millions of people at risk.

Saturday marked the tenth day in a row of tornado reports across the US, with two people killed after a possible twister tore through El Reno, Oklahoma.

Canadian County Emergency Management Director Andrew Skidmore told CNN early Sunday that officials were still completing the search and rescue and would update numbers as they received them.

When asked if they were expecting the death toll to rise, he responded "it's too early to tell."

The state also suffered fatalities earlier in the week with the Oklahoma Department of Emergency Management reporting that a 53-year-old woman in Payne County and a 58-year-old man in Stephens County had died due to flooding and severe weather.

A further 87 people were injured across the state, it said in a press release.

On Friday, a state official said floods were believed to have impacted at least 1,000 homes, especially in northeastern Oklahoma around the swollen Arkansas River.

By the afternoon, Gov. Kevin Stitt had amended an earlier executive order to declare a state of emergency in all 77 counties across the state due to the severe weather.

The week's severe weather resulted in five deaths in Missouri.

On Tuesday, a husband and wife in Missouri were killed when their SUV skidded across the center lines of US highway 160 and the vehicle struck a semitruck. Meanwhile, law enforcement said three people died in the Golden City area of Barton County.

In Iowa, Linda Lee Brownlee, 74, was found dead in her destroyed home near the city of Adair early Wednesday after someone called 911. State officials said it appeared a tornado had hit the residence.

In Indiana, a 4-year-old boy is missing after strong currents from heavy rains swept him away in Delphi, Indiana.

The child, Owen Jones, was playing in Deer Creek on Thursday when he was swept away by fast currents.

Heatwave in the southeast, cold in the west

As the stormy weather continues in some parts of the country, the holiday weekend is set to herald in the informal start of summer with record high temperatures forecast around the southeastern US.

CNN meteorologist Allison Chinchar said new records could be set for high temperatures in dozens of cities, in states from Louisiana to Virginia, setting the stage for potentially deadly conditions.

Anyone who spends time outdoors this weekend should keep hydrated, wear light-colored and loose-fitting clothing, and try to stay in the shade, she said.

Several cities could see triple-digit temperatures. They include Columbia, South Carolina; Augusta, Georgia; and Tallahassee, Florida. Macon, Georgia, is expected to reach 100 degrees on Memorial Day, which would break its record high for May.

Cities such as Las Vegas; Phoenix; Reno, Nevada; and Fresno, California will be 20 to 25 degrees below normal. Las Vegas is expected to have a high temperature Sunday and Monday of only 70 degrees, which is its average for March 15.

Phoenix is expected to have a high temperature of 79 degrees on Memorial Day, its average high for March 25.