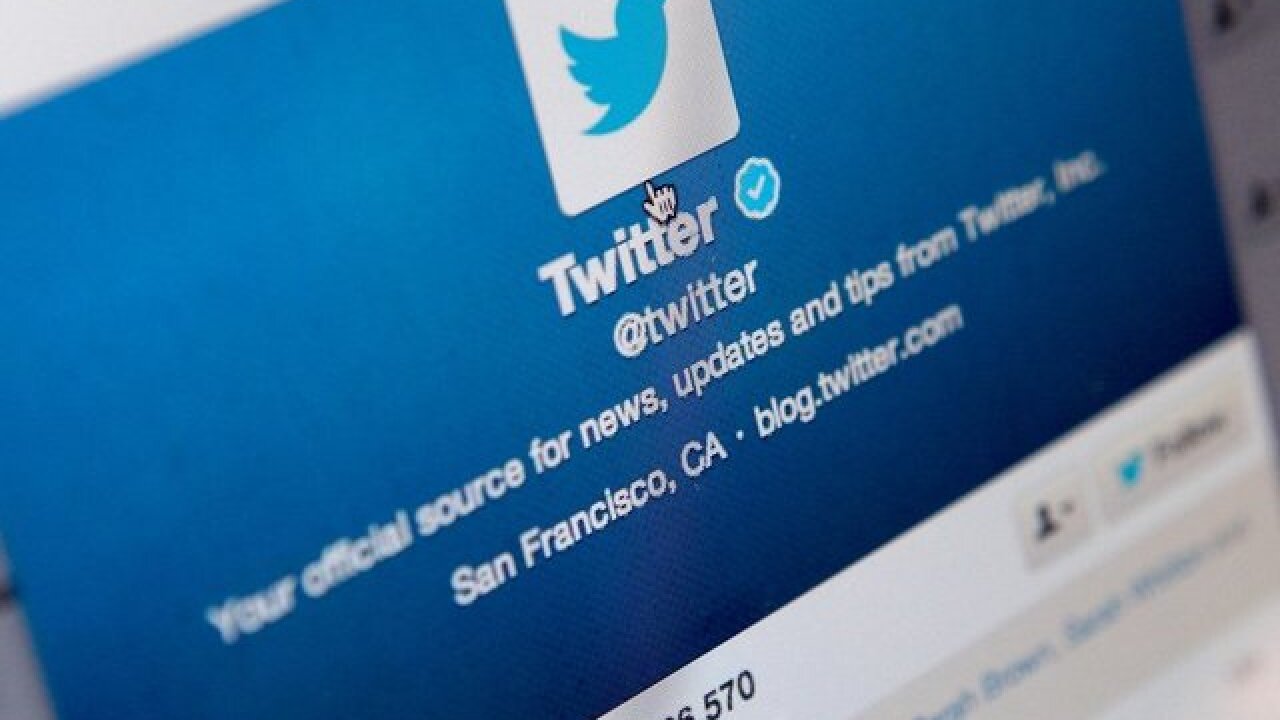 On October 11, a little less than two weeks before the discovery of the first of 13 improvised explosive devices he is suspected of sending to prominent Democrats and CNN's New York offices, Cesar Sayoc tweeted at Rochelle Ritchie.

"We will see you 4 sure.Hug your loved ones real close every time you leave you home," the tweet read in part.

Ritchie, a political analyst who frequently appears on television, reported the tweet to Twitter as abuse. The response she received from the company said the tweet and the threat it implied didn't qualify as a "violation of the Twitter rules against abusive behavior."

When Sayoc was arrested on Friday, the tweet was still live.

Twitter has repeatedly said it is working on combating harassment and abuse on its platform. But people who use Twitter have said over and over again it is not doing enough. It is not uncommon for users to report explicit threats of violence and then, to their dismay, see an automated response saying that there was no violation of its rules.

In Sayoc's case, an opportunity to alert authorities to someone openly threatening public figures — someone who allegedly tried to make good on those threats — may have been missed because Twitter failed to act.

Twitter's email to Ritchie specifically said that the company will "not tolerate behavior that crosses the line into abuse, including behavior that harasses, intimidates, or uses fear to silence another user's voice." But still Sayoc's tweet to Ritchie remained live.

"You think to yourself 'if you see something, say something,' and then when you say something it's ignored," Ritchie told CNN Business on Friday. "It is really irritating that these social media sites do not take these things seriously."

Friday evening, after a tweet Ritchie sent pointing out what had happened had become popular on the site and gotten attention from media outlets, Twitter sent her a new email.

"Please disregard our last reply as it was sent in error. We apologize for any inconvenience," it began. "We've investigated and suspended the account you reported as it was found to be participating in abusive behavior."

"They're trying to cover their ass," she told CNN Business.

The tweet directed at Ritchie was only one of many similar examples from Sayoc's accounts.

On September 20, in response to a tweet from President Trump, Sayoc posted a self-shot video of himself at what appears to be a Donald Trump rally.

The text of the tweet threatened former Vice President Joe Biden and former attorney general Eric Holder, both of whom were targeted by improvised explosive devices discovered this week.

"Go Trump Trump Trump hey Joseph Robinette Biden Jr. And Eric Himpton Holder Sr. Stick your BS all crap you talk where sun doesn't shine . We will meet your threats right to your face soon.Not option we will see you soon .Hug loved ones real close we aren't ones," the tweet read.

On September 18th, Sayoc tweeted a picture of Biden's home and wrote, "Hug your loved son,Niece,wife family real close everytime U walk out your home."

CNN Business asked Twitter multiple questions about Sayoc and his tweets on Friday: Why was the tweet directed at Ritchie not deemed a violation of the company's rules? Why was the threat against Biden and Holder still live on the platform? Does Twitter monitor the responses to tweets by the president of the United States to look for threats? Does it proactively monitor for threats to public figures like Biden and Holder?

The company's only response was, "This is an ongoing law enforcement investigation. We do not have a comment."

A Facebook spokesperson told CNN that the company had removed Sayoc's account on Friday. The spokesperson said that several of Sayoc's previous posts had violated Facebook's community standards, and had been removed before he was arrested, but that none of his posts which were reported to or discovered by Facebook contained violations of its rules severe enough to remove the account entirely.

"There is absolutely no place on our platforms for people who attempt such horrendous acts. We have found and immediately removed the suspect's accounts on Facebook and Instagram," Facebook said in a statement.