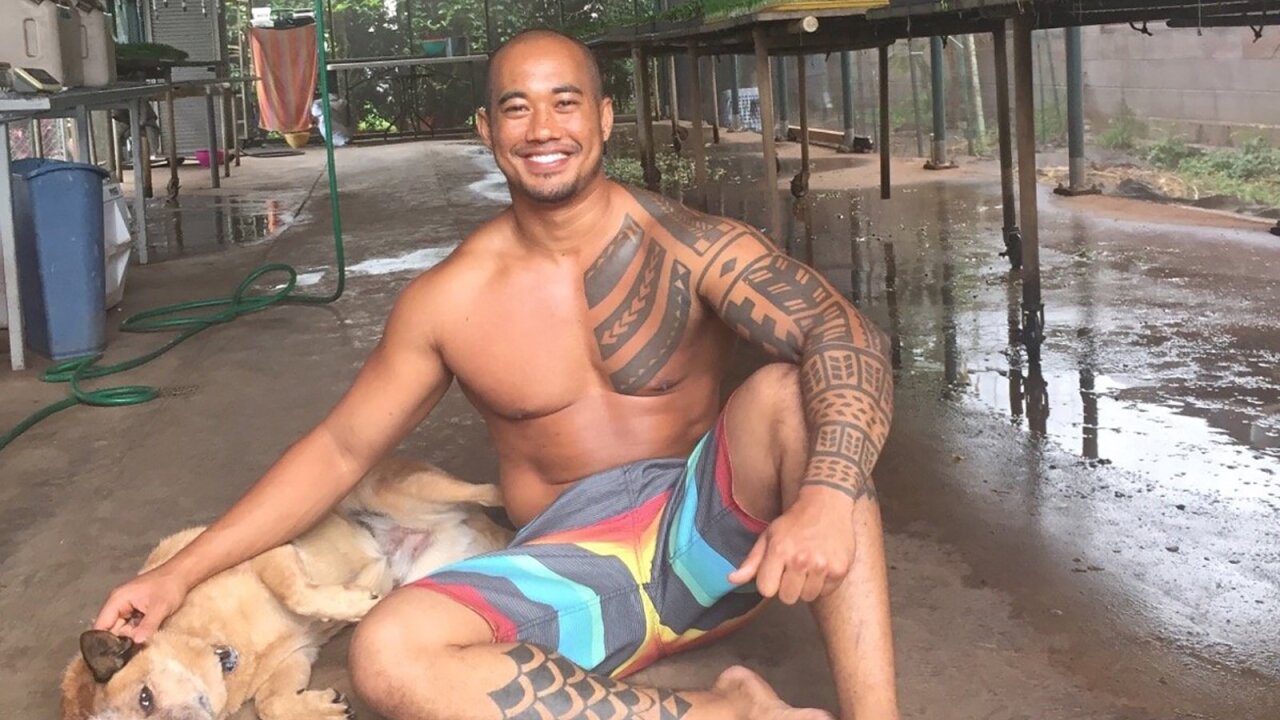 "We are so very sorry that Kekai has passed from this realm, he meant the world to us as a son, brother and friend," the family said in a statement.

"We find solace that he was found, and ask all those that extended their hearts and love to Kekai and to us, that you pause, and take a moment to love and hold those that are dear to you a moment longer than you would normally do."

Mina, 35, was "reported possibly missing" on May 20, Maui police said.

The same rescue team that found hiker Amanda Eller on Friday joined the search for Mina over the weekend.

Searchers used a helicopter to locate Mina's body 300 feet below a fall line in the summit region of Mauna Kahalawaia, according to a statement on the family's "Bring Kekai Home" Facebook page.

Eller's rescue after she was missing for 17 days renewed hope that Mina might be found alive.

Members of the community contributed money and time to search and rescue efforts, including the use of helicopters and infrared technology.

"With the recent events surrounding the Amanda Eller missing persons case, and the miracle that she was found alive after so long alone, the Mina ohana has faith that Kekai will be found alive as well," one person said in a post on the family's Facebook page.

Rough terrain and weather impeded efforts over the weekend, said rescuer Javier Cantellops. But the success in Eller's rescue, which Cantellops participated in, kept him optimistic.

"Maui let's keep the momentum going the motivation going and the love and support going. Let's give this family the same Aloha the same support we gave Amanda. I understand it's different terrain but your love and support from afar is what kept this story alive let's continue to do it for Noah and his family."

Police and fire personnel searched for Mina in the area of Kapilau Ridge Trail, also known as the Saint Anthony Cross in Wailuku. The area is about 18 miles from Makawao Forest Reserve, where Eller was found.

"We are so fortunate to have had the time here physically, mentally, emotionally and spiritually, with him. Those that know Kekai understand what we're talking about. He made a profound difference in ours and many other's lives. He is our sunshine," the family statement said.

"We want to thank everyone from the depths of our hearts and souls, that have been here to support us, while praying to bring him home. We appreciate you and can't thank you enough. Mahalo nui loa pumehana to one and all."