Before you meet someone to buy or sell items in online transactions, read this 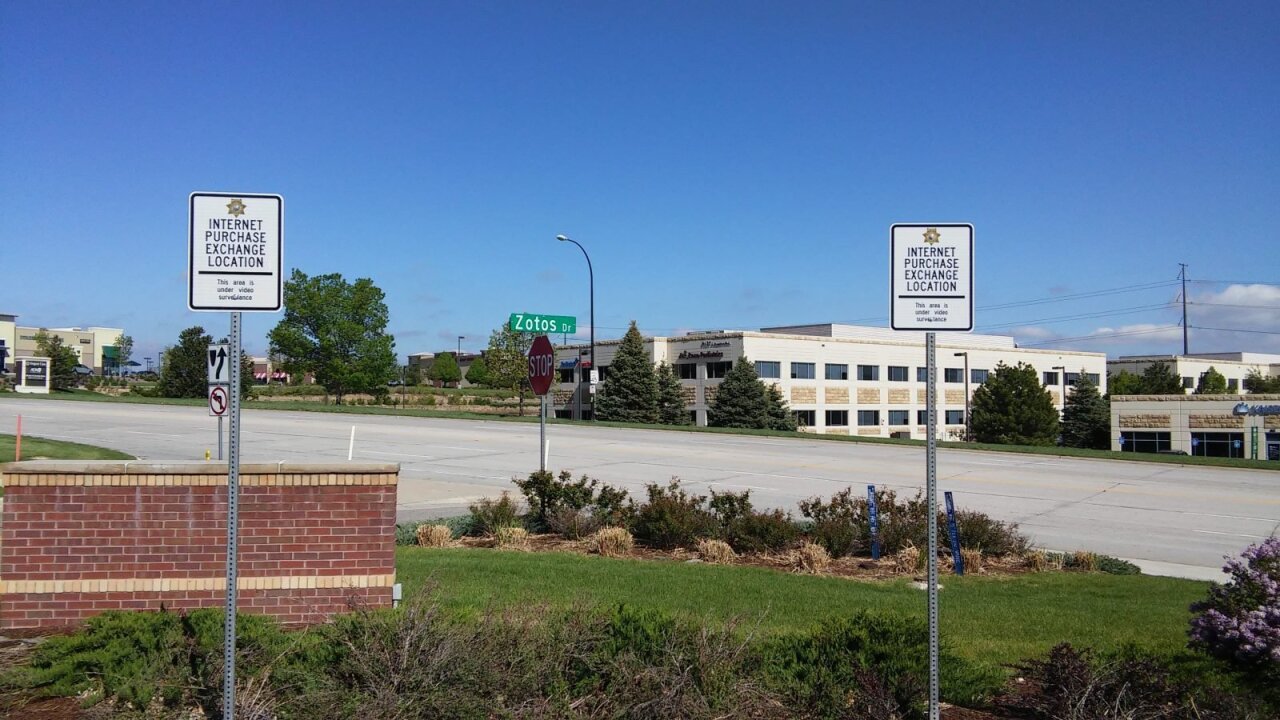 If you're trying to sell, buy or swap items through online marketplaces, your local police department probably has a safe spot for you.

Horrifying stories about robberies and killings linked to online purchases make headlines every year, and police departments nationwide have created areas for people to complete transactions away from their homes.

Just this week, a missing pregnant woman was found dead in a Chicago home after she met someone from a Facebook group last month to get baby items , authorities said.

Here are ways to keep yourself safe during online transactions:

Swap items in the lobby of a police station

A lot of police departments nationwide allow the use of their lobbies for such transactions. The Fort Worth Police Department in Texas, for example, offers the use of its facilities in different stations during business hours. Just don't bring any weapons, it says.

In the Georgia city of Smyrna, the police department has dubbed the effort "Operation Safe Sale." It provides a parking lot or a lobby 24 hours a day, and sellers or buyers can also ask for officers to be present during the transaction, the city says .

In Woodstock, Georgia, buyers or sellers can schedule an appointment to meet in the lobby or the parking lot of a police department and request an officer to be present during the transaction. It also provides a number to call to schedule an officer for a transaction after-hours.

You can also use designated parking lots

In addition to lobbies, some police stations allow residents to use their parking lots as "internet purchase exchange" locations. The Iowa city of Ankeny is one of them.

"Driving those items to the police department parking lot decreases chances of any potential danger to the seller or the seller's family and property and the possibility of an exchange of counterfeit money," Ankeny city says on its website.

The city does not allow sellers and buyers to store such items at the police department or in the parking lot. But it allows the transaction of bigger items such as a vehicle or lawn mower at their parking lot.

"Additionally, the area can be used as a safe and neutral site for parents to meet for child custody exchanges," the city says.

In Georgia, the Douglas County Sheriff's Office also has such parking lots and has posted signs with a phone number to call if you want a deputy to stop by. While its deputies don't supervise the transactions, it said, the designated parking spaces are under video surveillance.

Officers can check to see if items are stolen

The efforts are not just limited to keeping buyers and sellers safe.

In Smyrna, police officers can check the items being sold before the transaction is complete to see if they are lost or stolen, the city says on its website.

The Woodstock Police Department also can check the serial numbers of the items on the Georgia and national databases to ensure they are not stolen.

Not all police departments check serial numbers to see if items being sold are stolen. The Fort Worth Police Department, for example, makes it clear that its officers do not.

"If you choose to meet at a police station, keep in mind that city employees are generally prohibited from engaging or interfering with private business transactions," the Fort Worth Police Department says. "Police officers and city employees will not participate in or help the transaction by running serial numbers to determine whether a particular item has been reported stolen or missing."

Some online marketplaces have meetup spaces

Companies such as online marketplace OfferUp have partnered with police stations to create a safe spot to conduct transactions. Sellers or buyers can find the closest location by putting their addresses on its website or app.

"These spots are brightly lit and have video cameras. They're great places to meet up with someone else to inspect items and complete sales," OfferUp says on its website. Cameras at such locations are on 24 hours a day and record footage that is accessible to police.

As part of its effort, OfferUp provided additional training to detectives from the Dallas Police Department last year on how to detect and stop criminal activity during online transactions.

During the transactions, officers can also provide additional tips.

For example, Smyrna officers urge people involved i n expensive transactions to conduct their business at a banking facility, where funds can be verified during the transfer for either party.

And if meeting at a police station is not your thing, any other public spot will do just fine.

"Always meet in a public place such as a restaurant or shopping center or anywhere where there is a high volume of pedestrian or vehicle traffic. Never meet in out-of-the-way locations," the Fort Worth Police Department says.