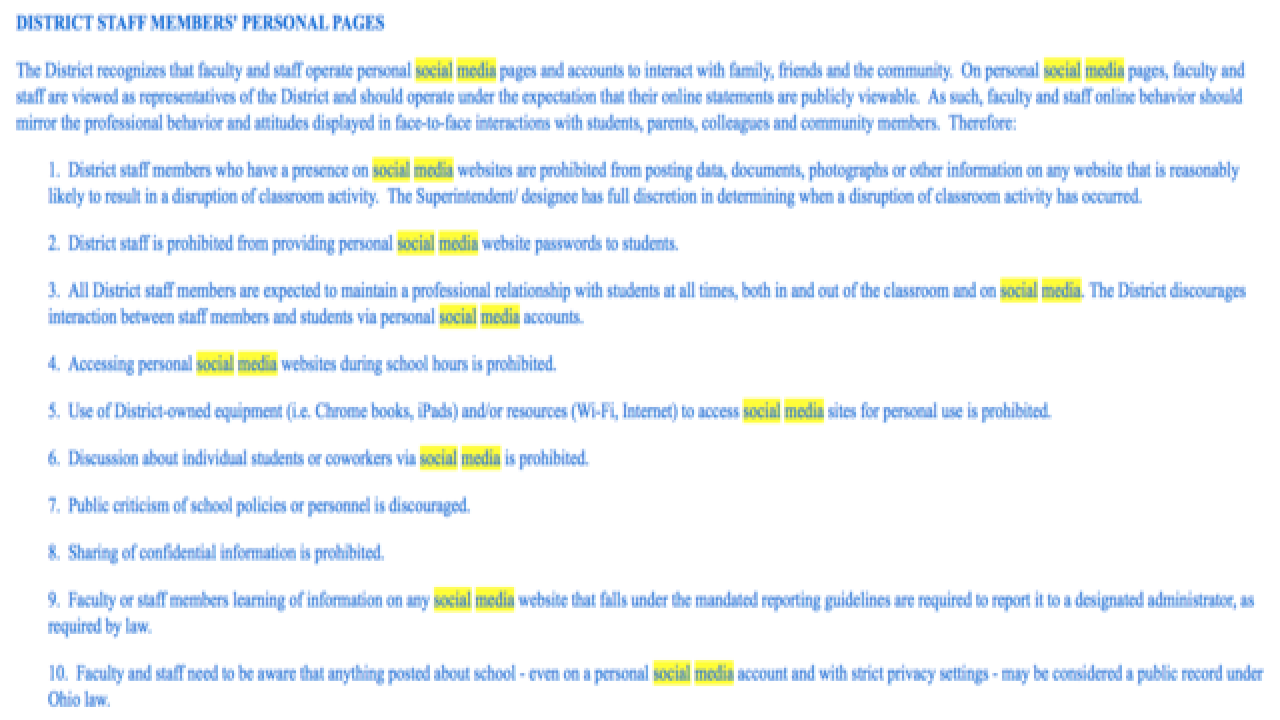 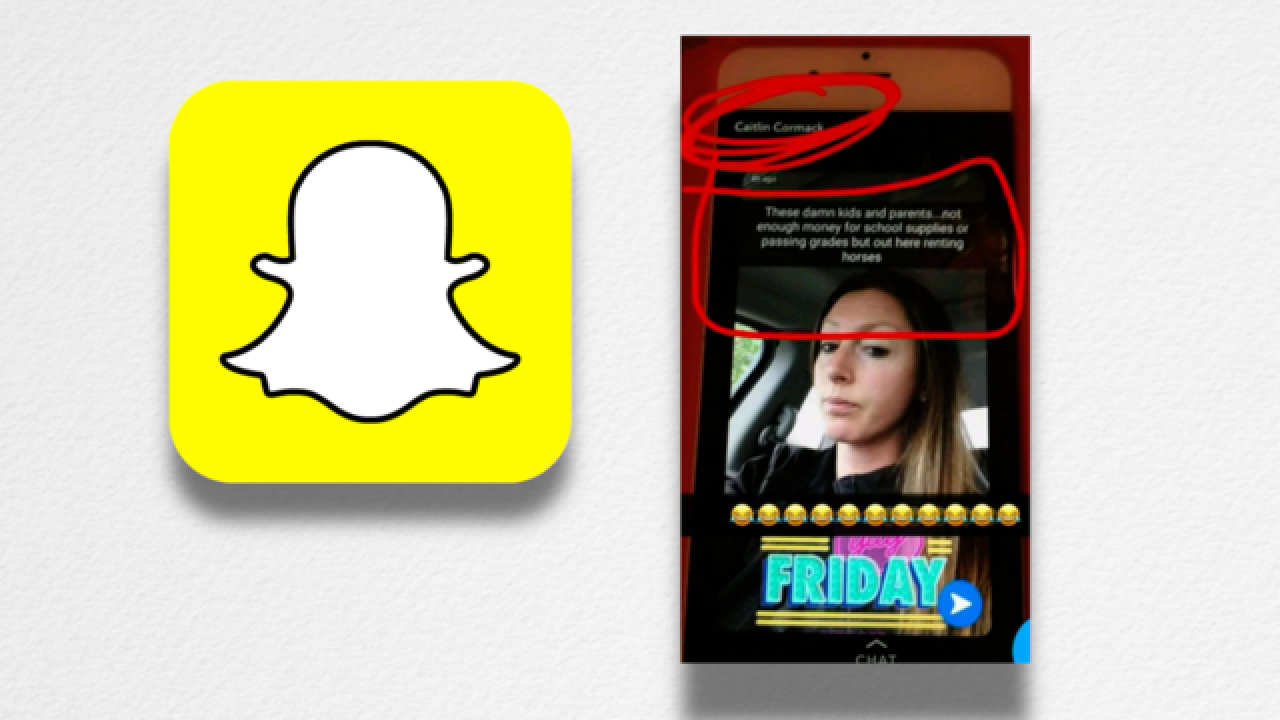 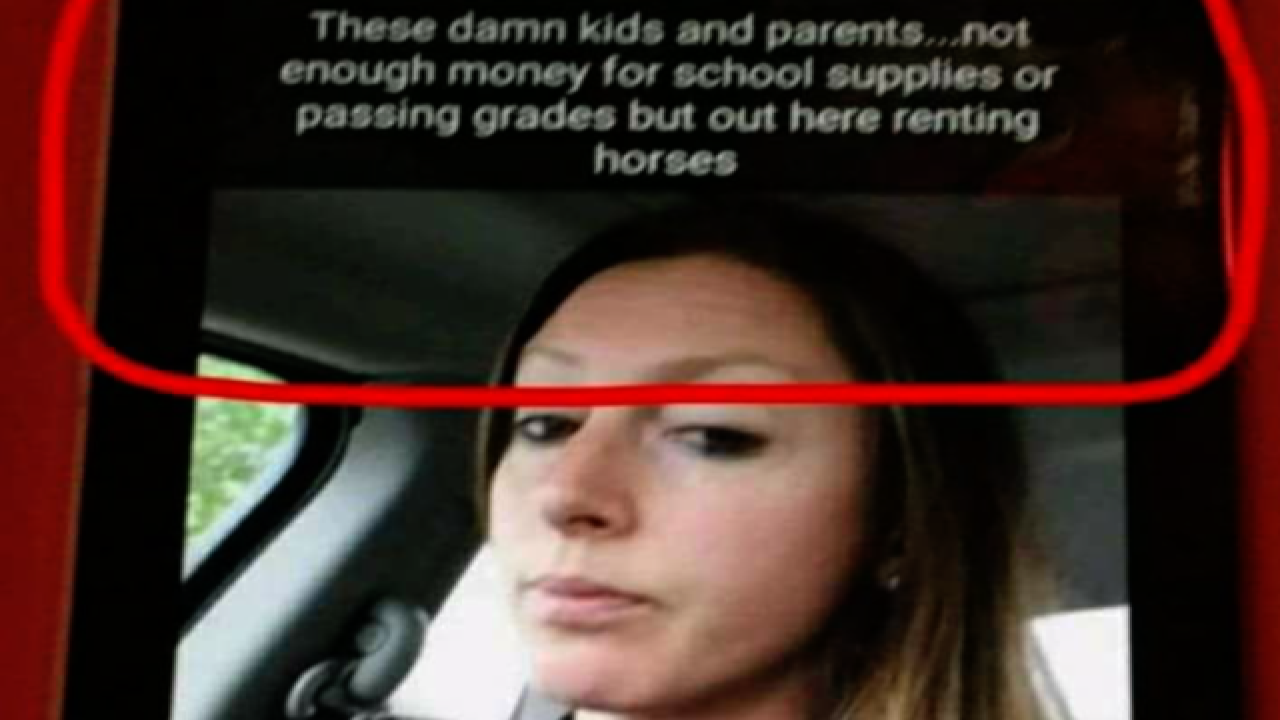 Heskett Middle School teacher and track coach Caitlin Cormack was placed on leave Monday, a Bedford City Schools spokesperson confirmed to WEWS. Over the weekend, Cormack posted a picture of herself on Snapchat with the caption, “These damn kids and parents … not enough money for school supplies or passing grades but out here renting horses.”

A parent said the “renting horses” comment was a reference to two students who arrived at Friday night’s prom in a horse and carriage.

John Bouldin, the parent of a senior at Bedford High School, said he was at the prom.

“I think it’s very disrespectful to the parents,” Bouldin said. “We do pay taxes in this city, so that teachers can make a nice salary to do their jobs, not to comment about our kids.”

Reaction ranged from anger to agreement. On Facebook one woman defended Cormack, writing, “It was the absolute truth. How can she get fired for that?”

But the posting could violate the school district’s social media policy, which states employees “should operate under the expectation that their online statements are publicly viewable,” and that “discussion about individual students ... is prohibited."

Superintendent Andrea Celico said the incident is under investigation, adding she was “disappointed in what has happened."

“The teacher is very saddened by this and it’s certainly a hard lesson to learn for everyone,” Celico added.