Beagles force-fed pesticides, now released and up for adoption 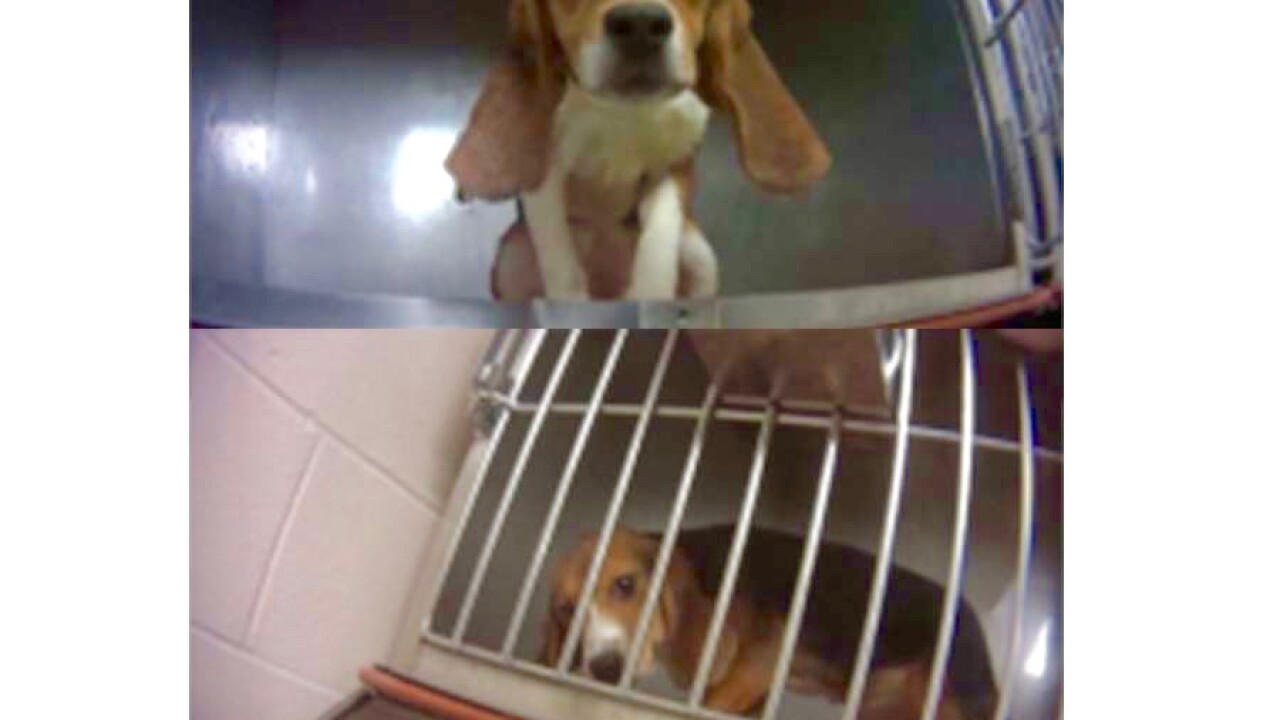 Thirty-two beagles that were saved from an animal testing lab where they were force-fed pesticides are now ready for new homes — and will likely have no trouble being adopted.

Just an hour after the Michigan Humane Society announced it was opening the adoption process for the dogs Friday evening, it received nearly 400 applications, spokesman Andy Bissonette said. Society staff are now reviewing the applications and plan to start contacting candidates Monday.

The release of the dogs came after the Humane Society of the United States posted a video showing beagles being force-fed pesticides at Charles River Laboratories in Mattawan, Michigan.

The organization said in its report on the testing that 36 beagles were part of a one-year pesticide study for a new fungicide developed by Corteva Agriscience, the agriculture division of DowDuPont. It said the dogs that made it to designated end of the study in July 2019 would be euthanized.

Corteva came under fire after the video's release, and almost a week later it announced it would end testing on the dogs. On March 27, Corteva agreed to release the beagles to Michigan Humane Society, a partner of the national humane society.

The Michigan Humane Society said more than 100,000 people signed a petition on the Humane Society of the United States' website demanding that the dogs be released.

Kitty Block, president and CEO of the Humane Society of the United States, said they fought to have the beagles released to an adequate animal shelter.

In an official statement , the Michigan Humane Society said, "We are happy to announce that we have reached an agreement with Corteva Agriscience regarding the placement of the beagles from the study. We are pleased with their decision to work with us and look forward to a new beginning for each of these animals."

32 beagles are now up for adoption

It is unclear why the Michigan organization received 32 beagles, while the testing involved 36.

Kathleen Conlee, vice president of animal research issues at the Humane Society of the United States, said in a statement, "We can't possibly know what kind of agreement Dow/Corteva had with Charles River but we do know that 36 dogs were ordered for the study."

She said that during their numerous conversations, company representatives never contradicted the 36 number.

"And, of course, we want to see all 36 beagles who were assigned to this study released to the Michigan Humane Society. It is up to Dow/Corteva to explain why there are only 32 dogs being released," she said.