Banned Pete Rose appeals to Hall of Fame for eligibility 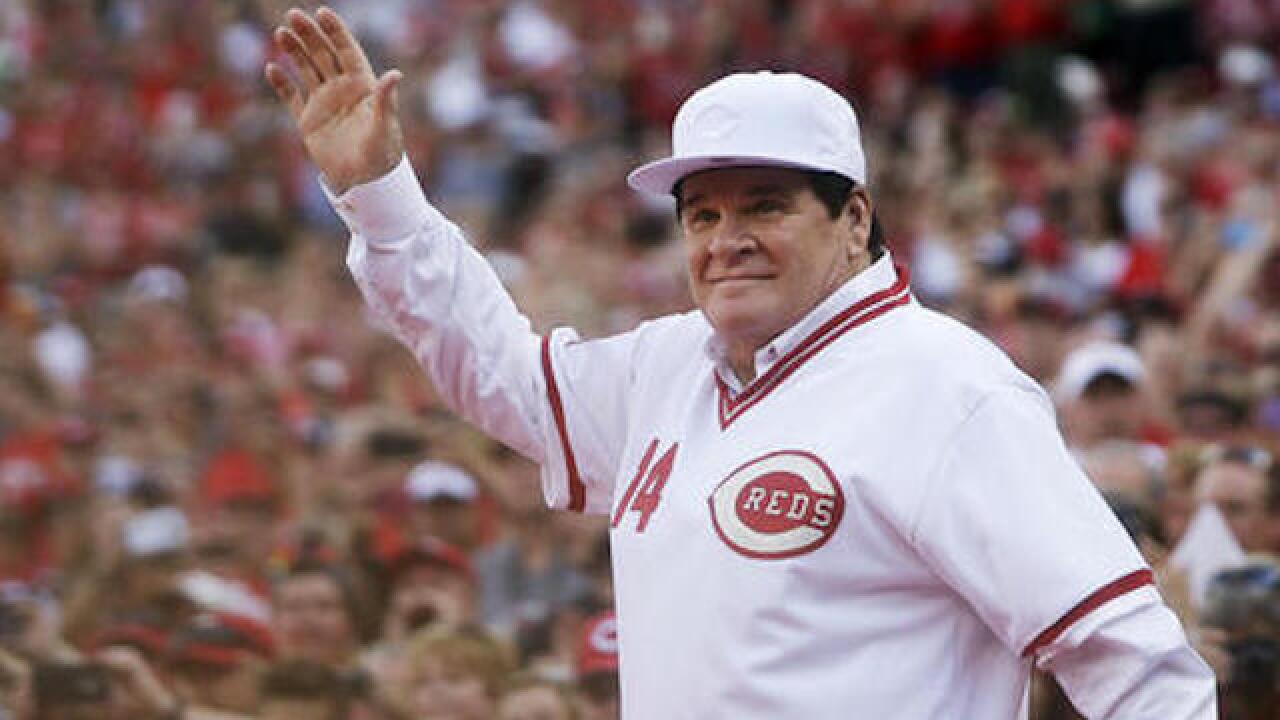 Copyright Associated Press
John Minchillo
<p>Former Cincinnati Red Pete Rose waves to the crowd as he is introduced on the field during a ceremony to honor the 1976 World Series champions team, before the Reds' baseball game against the San Diego Padres, Friday, June 24, 2016, in Cincinnati. (AP Photo/John Minchillo)</p>

COLUMBUS, Ohio (AP) — Pete Rose is appealing directly to baseball's Hall of Fame to restore his eligibility, arguing the lifetime ban he agreed to in 1989 was never intended to keep him out of Cooperstown.

A seven-page letter to Hall president Jeff Idelson on Tuesday made the case that the settlement agreement reached by Rose and then-Commissioner Bart Giamatti didn't include a provision that he be ineligible for election to the Hall of Fame.

"At the time Pete agreed to the settlement, the consequences of being placed on the ineligible list were clear and specific — and did not include a Hall of Fame prohibition," according to the letter, signed by Rose's longtime attorney Raymond C. Genco and attorney Mark Rosenbaum.

The Hall of Fame changed its bylaws two years after Rose's banishment to make permanently banned players ineligible for the Hall, which shut out the career hits leader as long as he remained barred from baseball. Rose agreed to the ban after an MLB investigation concluded he bet on games involving the Cincinnati Reds while managing the team.

Genco is asking the Hall to amend that bylaw specifically to allow Rose to be eligible for baseball writers to elect at their discretion. He makes the point that the banishments of Mickey Mantle and Willie Mays for their association with casinos didn't affect their Hall status, and even Shoeless Joe Jackson had remained eligible after he was banned from the game for accepting money to throw the 1919 World Series.

"We believe that the institution of baseball will be strengthened by this act of grace — an act that would give Pete Rose the same treatment that every other major league baseball player and manager received throughout the first 55 years of the National Baseball Hall of Fame," the letter said.

Hall spokesman Jon Shestakofsky said Wednesday that Idelson had not seen the letter and has not commented. In a previous statement, Idelson said, "Pete Rose remains ineligible for Hall of Fame consideration, based on the Hall of Fame's bylaws, which preclude any individual on baseball's ineligible list from being considered for election."

New baseball commissioner Rob Manfred in December denied the 75-year-old Rose's latest petition for reinstatement, but Genco said Manfred "opened the door" by also stating that it wasn't Manfred's responsibility to determine whether Rose should be eligible for the Hall. Petitioning the Hall to change the rule, Genco said, was the next logical step.

Genco noted that Manfred had allowed Rose to participate recently in some ceremonial activities, including the retirement of his No. 14 by the Reds and his induction into the Reds Hall of Fame in June.

"This play may only bring further scrutiny to Pete," Genco said. "He may not get in. It may open a magnifying glass on Pete Rose's transgressions, but if you look at it from a fundamental fairness point of view, I think we have good footing. We have a very reasonable argument where the board can take very reasonable action in their power to bring real closure to this."