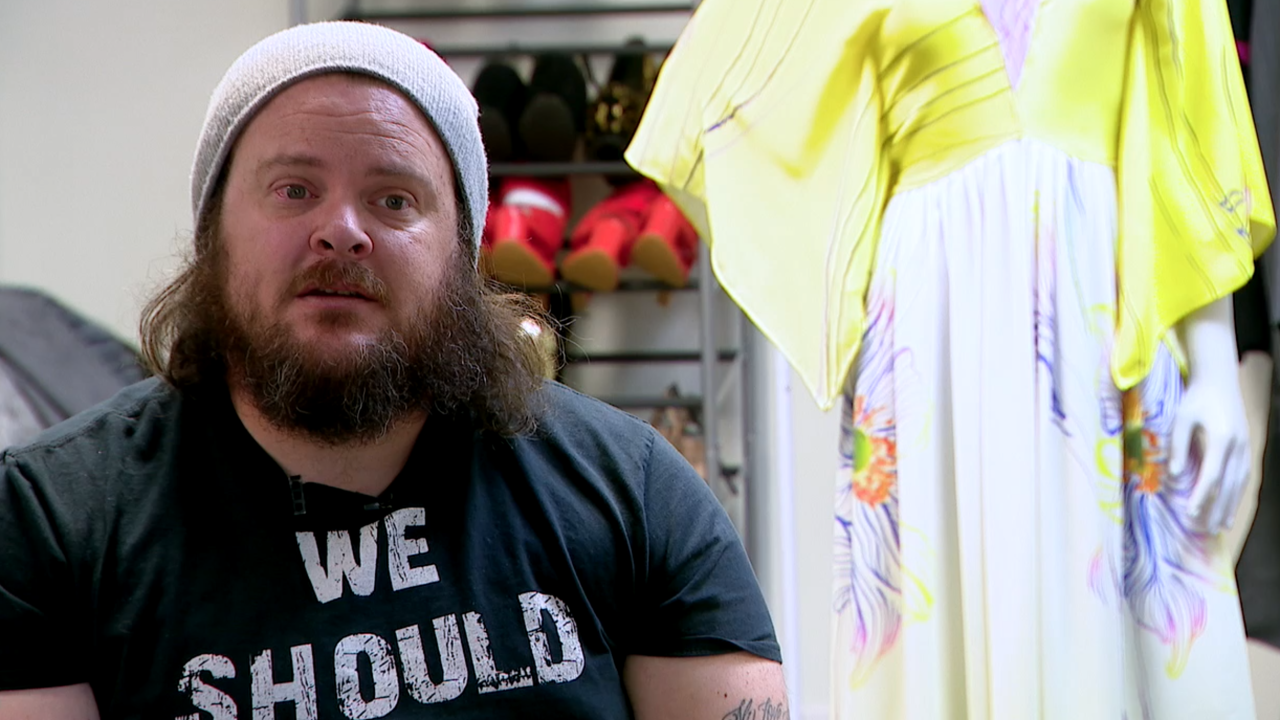 Meet designer Duane Topping. This tough, motorcycle-riding, Army veteran who struggles with PTSD is finding peace with an unlikely hobby…sewing and creating clothing.

But he's not your average fashion designer.

“I challenge a number of perspectives just being me,” he says. “This big-bearded, long-haired biker guy. Because they always have these preconceived notions of what a biker is or what a guy, what a veteran should act like.”

Topping did three tours in Iraq and spent 10 years in the military.

"Mentally it was tough," Topping says. "And so when I came back from the third tour, I really sort of noticed that I was having a hard time."

Topping retired from the Army in 2012. That’s when he discovered sewing. It gave him peace in the creative process, as well as a new passion and purpose.

“You know, just me at the sewing machine, and I do take the noise of the world and reduce it to that six inches," Topping says.

As he started sewing more, he started making clothing and began to heal.

“Here's the thing about PTSD. To you, it's not curable. You just walk away from it. It's up on the shelf. It's now collecting dust," Topping explains. "But there are times where it'll come down and knock me in the head and to take a step back.”

Topping's gift for making clothes has led to his successful women's fashion line-- Topping Designs . His work has been featured in top fashion magazines and runways around the world.

“From there, everything's just sort of exploded," Topping recalls. "So each one one of these pieces represents pointing in that journey, where I was either trapped or where I was beginning to find my freedom. And so now, it's evolved I can make a garment. I can make some clothing that connects with that individual and maybe find their own voice in their own platform and find their own peace."