Areas hit by historic flooding in Midwest brace for more

Areas hit by historic flooding in Midwest brace for more 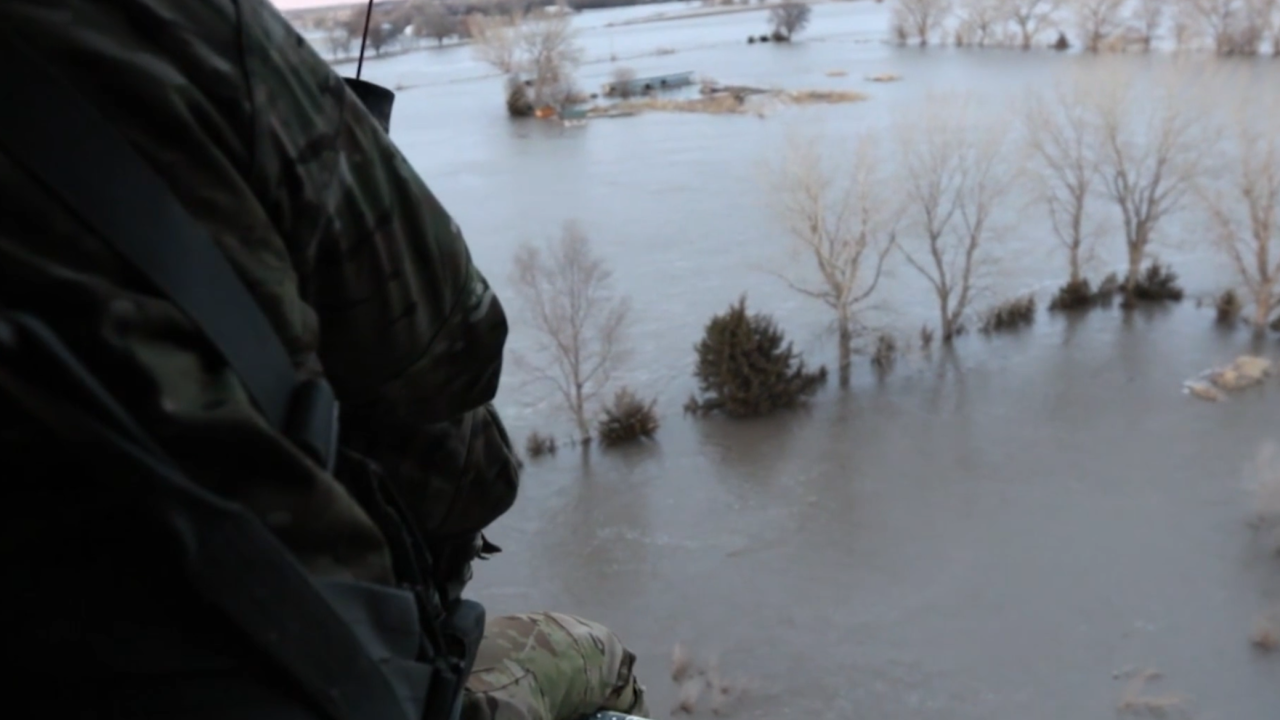 Hundreds of people had to be rescued from fast-rising flood waters in the Midwest as several areas dealt with historic flooding that washed out roads and bridges.

For many, all they have left is what they could grab from their homes before fleeing.

Outside Omaha, Nebraska, animal rescue groups worked to save dozens of farm animals in the area, but others had to be left behind.

Weather experts say, so far, 38 spots in the Midwest have reported record-high river levels, most of it caused by rain and melting snow.

More evacuations could be on the way as floodwaters head downstream.

The governors in Nebraska, Iowa and Wisconsin have declared states of emergency, and some areas could see more chances of rain throughout the week.