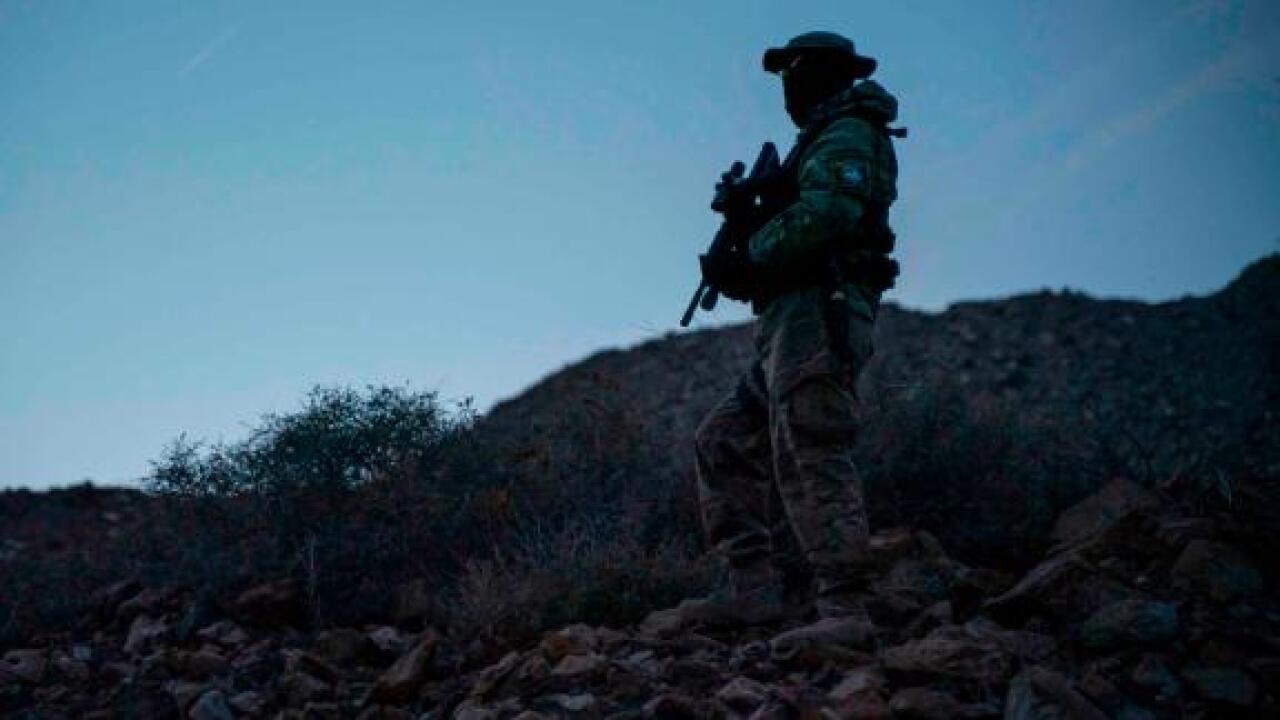 The FBI has arrested a member of an armed militia that had detained hundreds of migrants at the border this week, the New Mexico attorney general's office said Saturday.

Larry Mitchell Hopkins, 69, is a member of an armed group that had reportedly detained migrants near Sunland Park, New Mexico, state Attorney General Hector Balderas said in a statement.

Hopkins -- also known as Johnny Horton Jr. -- was arrested on felony charges of being in possession of firearms and ammunition, according to a statement from the FBI's Albuquerque field office.

Earlier this week, videos posted online purported to show migrants being held by a militia known as the United Constitutional Patriots before being turned over to US Border Patrol.

The footage prompted a condemnation from the American Civil Liberties Union of New Mexico, which in a letter likened the militia's actions to kidnapping.

"This is a dangerous felon who should not have weapons around children and families," Balderas said. "Today's arrest by the FBI indicates clearly that the rule of law should be in the hands of trained law enforcement officials, not armed vigilantes."

Hopkins is expected to make a first appearance in court on Monday, the FBI said. CNN was unable to determine Saturday whether he was represented by an attorney.

CNN has reached out to the United Constitutional Patriots for comment, but has not heard back.

A spokesman for the group previously said their actions were legal, "comparing the detention of the migrants to 'a verbal citizen's arrest,'" according to a report from The New York Times .

Various private militia groups -- often espousing anti-immigrant views -- have patrolled the border for years, but it's rare to see footage of an armed group detaining migrants on the US side of the border.

Videos purported to show members of the group detaining migrants, including families with children, who have just crossed the border.

CNN has reached out to the group and the individuals who posted the videos for comment but has not confirmed details about who shot the videos, or when and where they were recorded.

In the footage, people wearing full military fatigues can be seen with handguns strapped to their sides, wearing gloves and black face masks. Armed men order the migrants to stop, force them to sit on the ground and then appear to call Border Patrol to pick the migrants up.

In at least two videos posted on the group's Facebook page, a man in fatigues verbally identifies himself as "Border Patrol" when stopping a group of migrants.

A US Customs and Border Protection spokeswoman declined to comment on the United Constitutional Patriots and the online videos, but said the agency "does not endorse or condone private groups of organizations taking enforcement measures into their own hands."