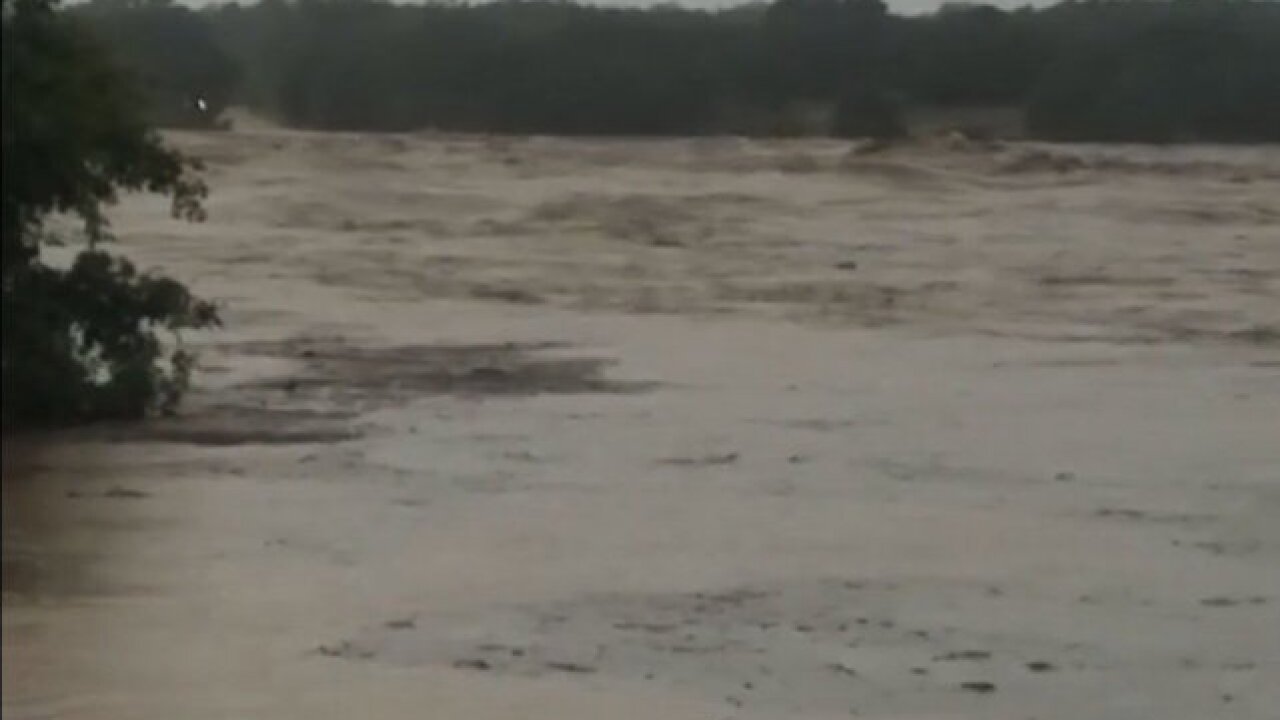 © 2018 Cable News Network, Inc.
Mike Cook/Instagram
<p>Heavy rain caused a central Texas river to rise to a near-record level in about a day, leading to a bridge collapse, flooded homes and evacuations.</p>

Heavy rain caused a central Texas river to rise to a near-record level in about a day, leading to a bridge collapse, flooded homes and evacuations.

The Llano River rose to nearly 40 feet Tuesday in the city of Llano -- about 35 feet higher than it was just 24 hours earlier before -- thanks to 8 to 10 inches of rain that fell in the area over the past two days, the National Weather Service said.

A few miles away, in Kingsland, the swollen river rushed against the top of the RM 2900 bridge for hours, eventually causing it to collapse, video from CNN affiliate KEYE showed. No one appeared to be on the bridge, and no injuries were immediately reported.

Video from Darlene Walthall also showed the river washing over the span before the collapse.

The Llano County Office of Emergency Management ordered people living within a quarter mile of the river to evacuate Tuesday morning.

The Llano River meets the Colorado River in Kingsland. Houses near the Colorado were flooded, resident Terri Kleen said. Video that she posted to Instagram showed water rising to the top of boat dock structures.

In nearby Marble Falls, Dale Heath recorded video of a car stuck in rushing water from a swollen Backbone Creek, a Colorado River tributary.

The flooded communities are about a 90-minute drive northwest of Austin.

The river is expected to recede through Tuesday afternoon, but should stay in the major flood stage -- over 23 feet -- through Wednesday morning.