A dust devil passed over NASA's lander on Mars 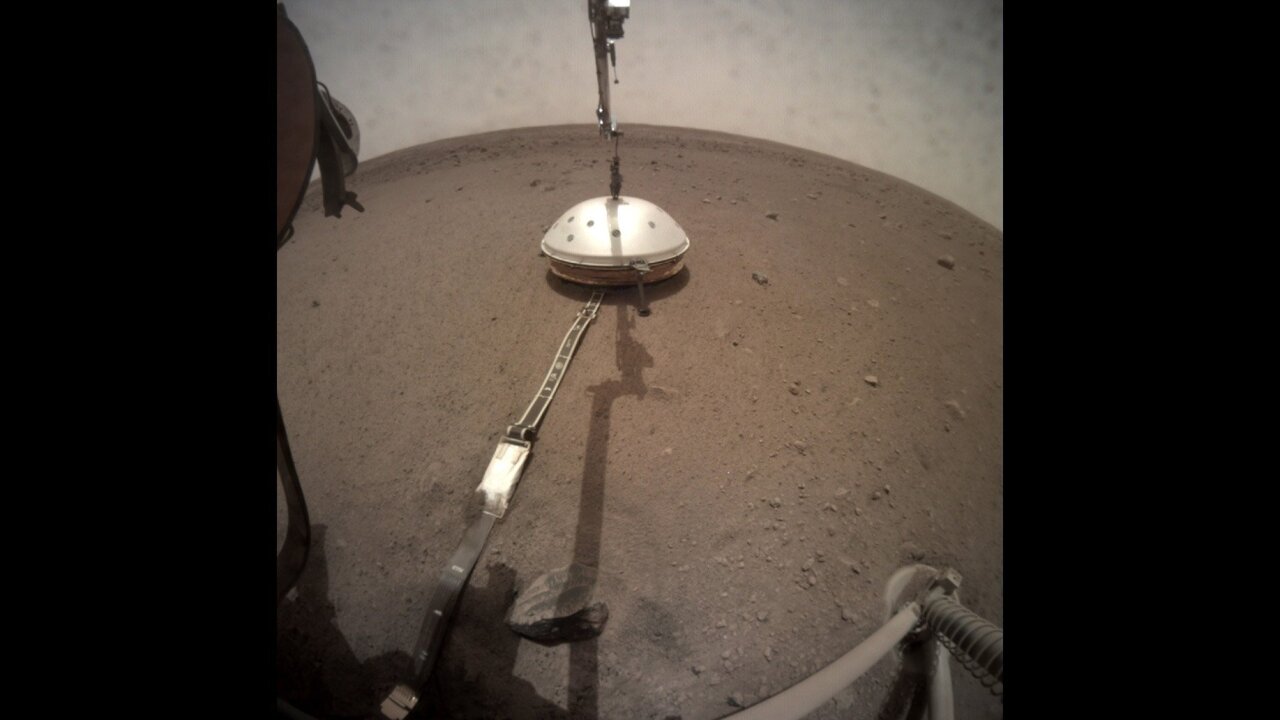 Dust storms on Mars have a bad reputation for covering the planet and spelling doom for solar-powered rovers, like Opportunity . But when a wind vortex, also known as a dust devil, recently passed over NASA's InSight lander, it actually provided some assistance for the stationary mission.

On February 1, InSight detected a wind vortex just before its two solar panels received bumps in power. Although they were small -- 0.7% on one side and 2.7% for the other -- the boosts suggested that the wind was actually lifting Martian dust from the panels.

The lander settled on the surface in late November, so it's had time to accumulate some dust.

The lander took a selfie not long after landing. The solar panels were pretty clear.

And then the dust had time to settle.

Wind has proved helpful to rovers in the past. The Spirit and Opportunity rovers received as much as 10% boosts in power after wind cleared their solar panels. And InSight's two large solar panels have lost about 30% of their power output since landing because of dust and distance from the sun.

But unlike the rovers, InSight has sensors that share what the weather is like on Mars . Those sensors were able to measure the wind and dust interaction, which could help engineers design solar-powered missions. This data could also help scientists discover how wind is shaping the Martian landscape.

"It didn't make a significant difference to our power output, but this first event is fascinating science," said InSight science team member Ralph Lorenz of Johns Hopkins University's Applied Physics Laboratory. "It gives us a starting point for understanding how the wind is driving changes on the surface. We still don't really know how much wind it takes to lift dust on Mars."

The issue also came up when engineers were hoping that winds would help clear Opportunity's panels after it was caught in a planet-wide dust storm in June. But the mission officially concluded this year.

InSight's weather sensors detected a drop in air pressure coinciding with a rise in wind speed, signaling a dust devil. There was also an increase in electrical current for the lander. It happened at a time of day on Mars when the surface heat is greater than the air above it due to the sunlight's intensity.

The wind direction changed about 180 degrees, also indicative of the wind vortex passing overhead, peaking at 45 miles per hour, and caused the biggest air pressure drop yet recorded on the Martian surface.

"The absolute fastest wind we've directly measured so far from InSight was 63 miles per hour, so the vortex that lifted dust off our solar panels was among the strongest winds we've seen," said InSight participating scientist Aymeric Spiga of the Dynamic Meteorology Laboratory at Sorbonne University in Paris. "Without a passing vortex, the winds are more typically between about 4-20 miles per hour, depending on time of day."