A ban on bump stocks is coming, President Trump says 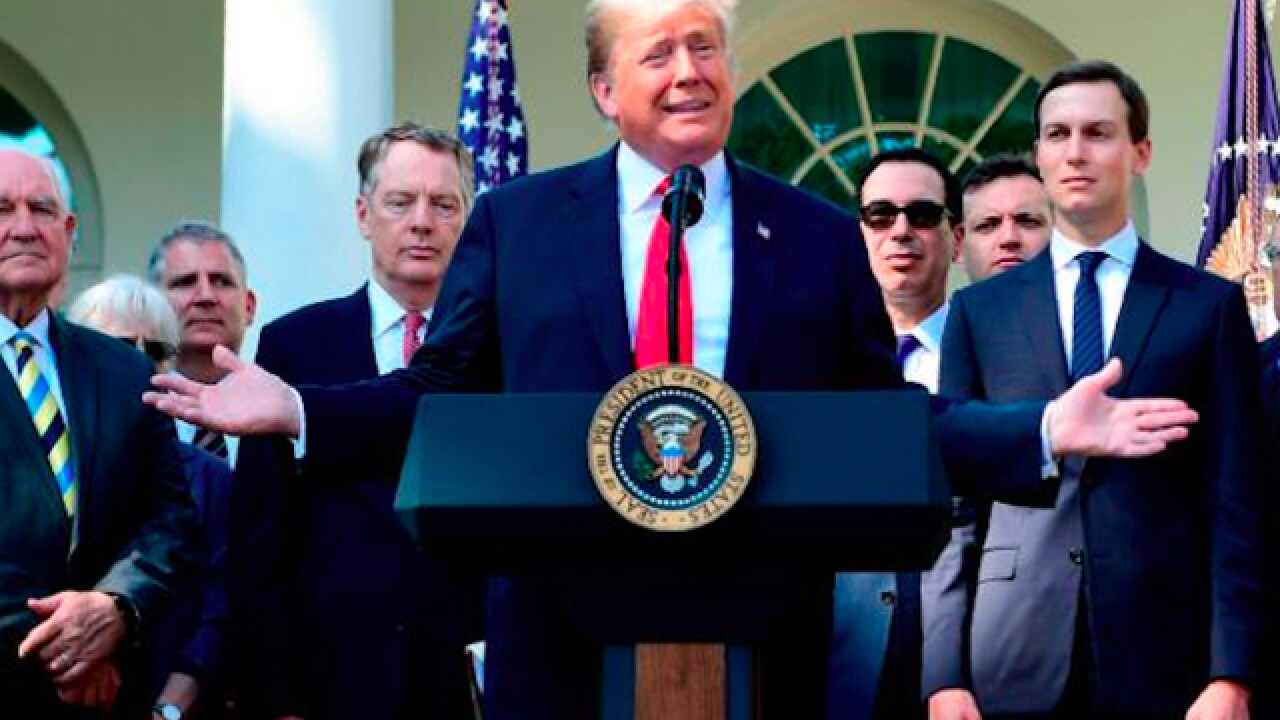 President Donald Trump suggested Monday, one year after the Las Vegas massacre, that bump-fire stocks would be banned "over the next couple of weeks."

Trump was asked at a Rose Garden news conference about the progress of regulations to eliminate the devices, which allow semi-automatic weapons to fire at a more rapid rate.

"In order to eliminate -- terminate -- bump stocks, we have to go through procedure. We are now at the final stages of that procedure," he said.

"We are knocking out bump stocks. I have told the (National Rifle Association) -- bump stocks are gone. But to do that, you have to go to public hearings, which we have had. You have to go through all sorts of regulatory control systems."

Trump added that the process should be wrapped up in "two or three weeks."

Last week, just before the one-year anniversary of the Las Vegas shooting, which claimed 58 lives, the federal government took the next step in its efforts to ban bump stocks.

On September 27, the Justice Department formally submitted its proposed final rule, "Bump-Stock-Type Devices" to the Office of Management and Budget at the White House, according to a DOJ official.

This submission initiated OMB's 90-day review period of the rule, so the process is still underway.

In March, Attorney General Jeff Sessions announced that the Justice Department would clarify rules that define bump stocks within the definition of "machine gun" under federal law, a move that would ban the sale of such accessories.

The public comment period for the change in the bump stock rule ended on June 27.

Trump also said Monday that his administration is working with Congress "on both sides" on "a lot of different things" regarding gun legislation.

It's unclear what Trump was referring to. Both Democratic and Republican lawmakers agreed after the Las Vegas shooting that the response should be to ban the sale of bump stocks, but so far, they have made no progress on concrete legislation to outlaw them. There had been some disagreement over whether Congress had the authority to ban the devices or whether it was up to the Bureau of Alcohol, Tobacco, Firearms and Explosives.

Democratic Sen. Dianne Feinstein, who has been behind a lot of gun control proposals in the Senate, introduced a bill to ban bump stocks but eventually Trump moved for the Justice Department to ban the device.

In general, Congress has been reluctant to take up additional measures to curb gun violence. In March, Congress included a provision that incentivizes state and federal authorities to report more data to the country's gun background check system into a $1.3 trillion budget, but other efforts aimed at gun control have gone nowhere on Capitol Hill.