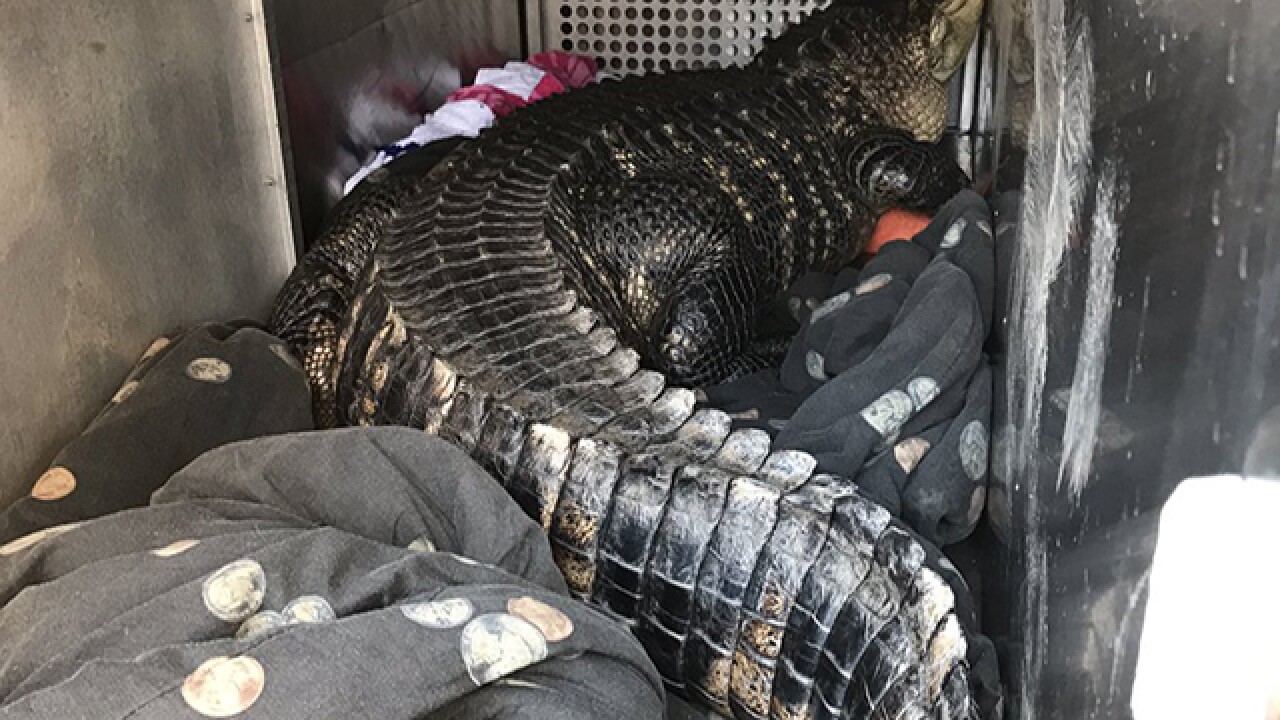 Copyright 2018 Scripps Media, Inc. All rights reserved. This material may not be published, broadcast, rewritten, or redistributed.
<p>This six-foot, 150-pound alligator named Catfish and three pythons were removed from a home in the 5500 block of Phelps Road in Kansas City, Missouri, after deputies went there to serve an eviction notice on Wednesday.</p> 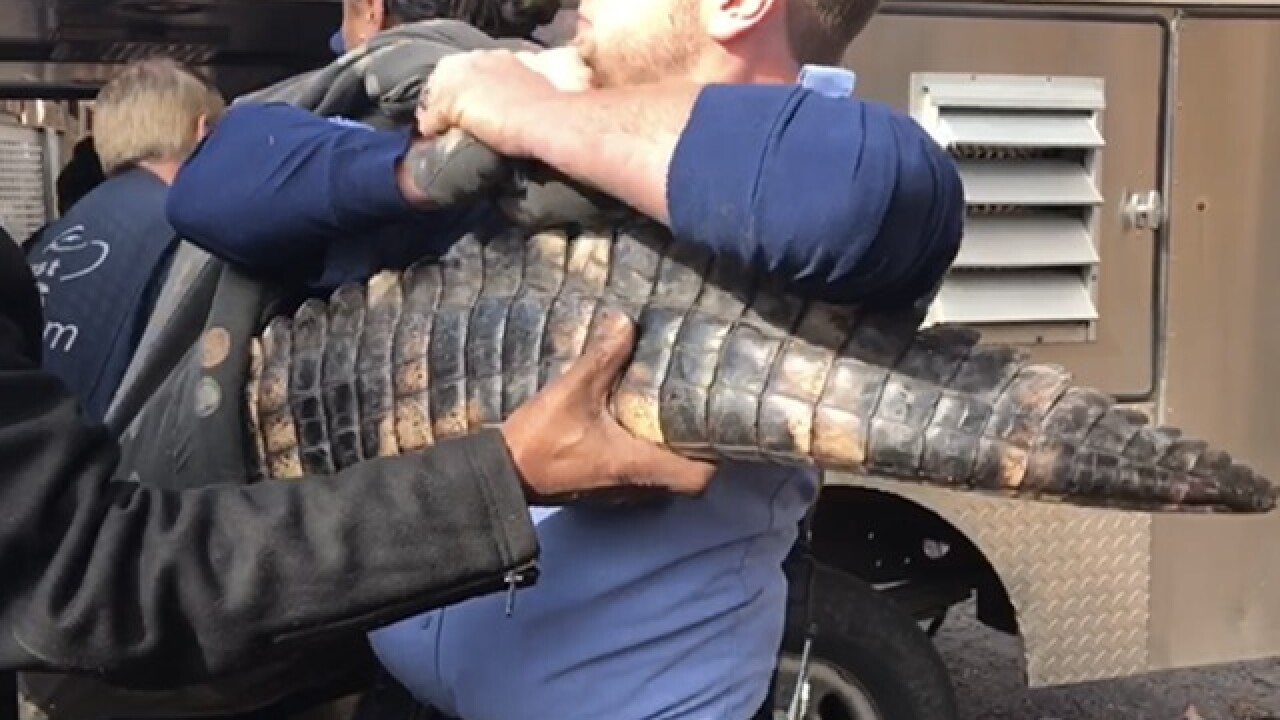 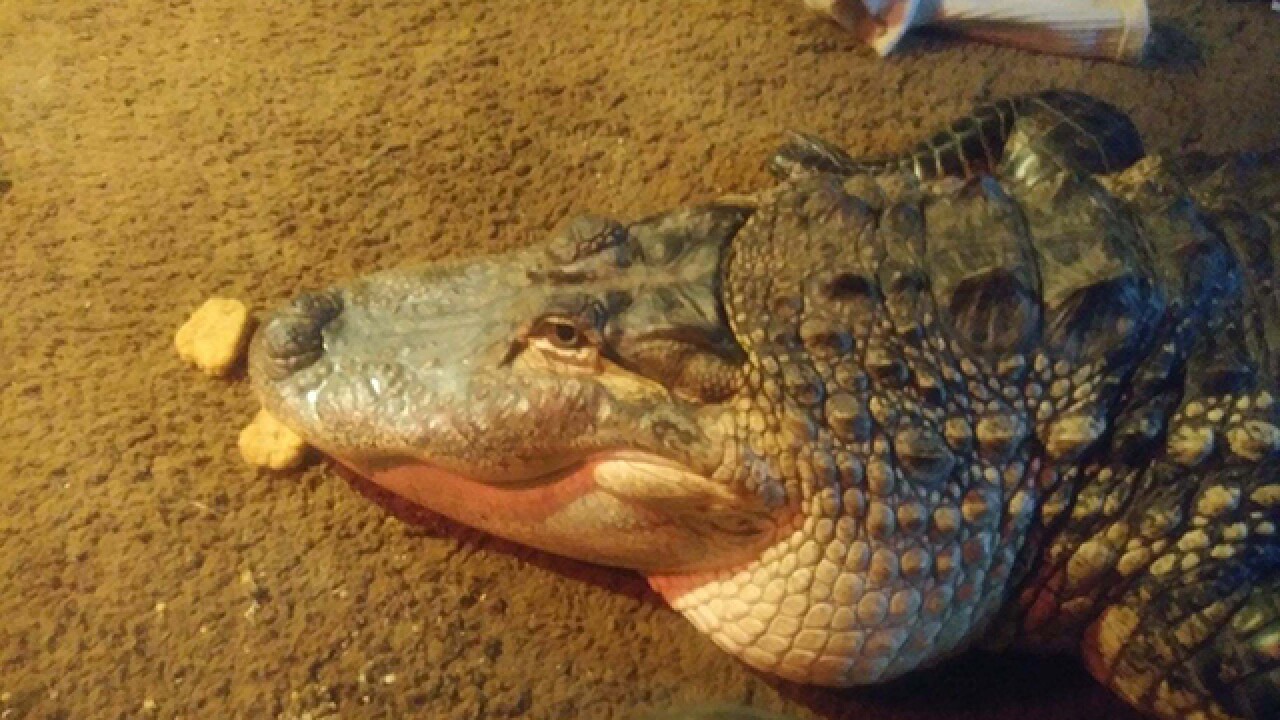 KANSAS CITY, Mo. — Deputies in Kansas City, Missouri serving an eviction notice on Wednesday morning got quite the surprise when they found some illegal animals at the home.

A six-foot, 150-pound alligator, three pythons, a rabbit and several “domesticated” animals, including cats, were found at a home in the Kansas City, according to the Jackson County Sheriff’s Office.

Here’s some information from @KCMO’s John Baccala, spokesperson for Neighborhood & Housing Services. He says this is the first alligator call he’s been to in his 3 years on the job. @41actionnews pic.twitter.com/Sel6ThxXxw

An exotic animal expert from Greenwood, Missouri, helped Kansas City Animal Health officers wrangle the alligator from the home. The snakes and the rabbit will go to KC Pet Project, and the alligator will go to Monkey Island Rescue in Greenwood.

Sean Casey, who owns the animals, could be cited for having them. He will not get the exotic animals back, although he will be allowed to keep the cats.

This is Catfish’s owner who is being evicted. @41actionnews pic.twitter.com/KbSZ2zYoiQ

Casey said that he has had the reptile, named Catfish, for four years and takes good care of it.

“He eats better than I do,” Casey said, adding that Catfish eats chicken nuggets, steak, rats, deer and fish.

The rabbit was not food for the alligator, though its name is “Dinner,” Casey said.