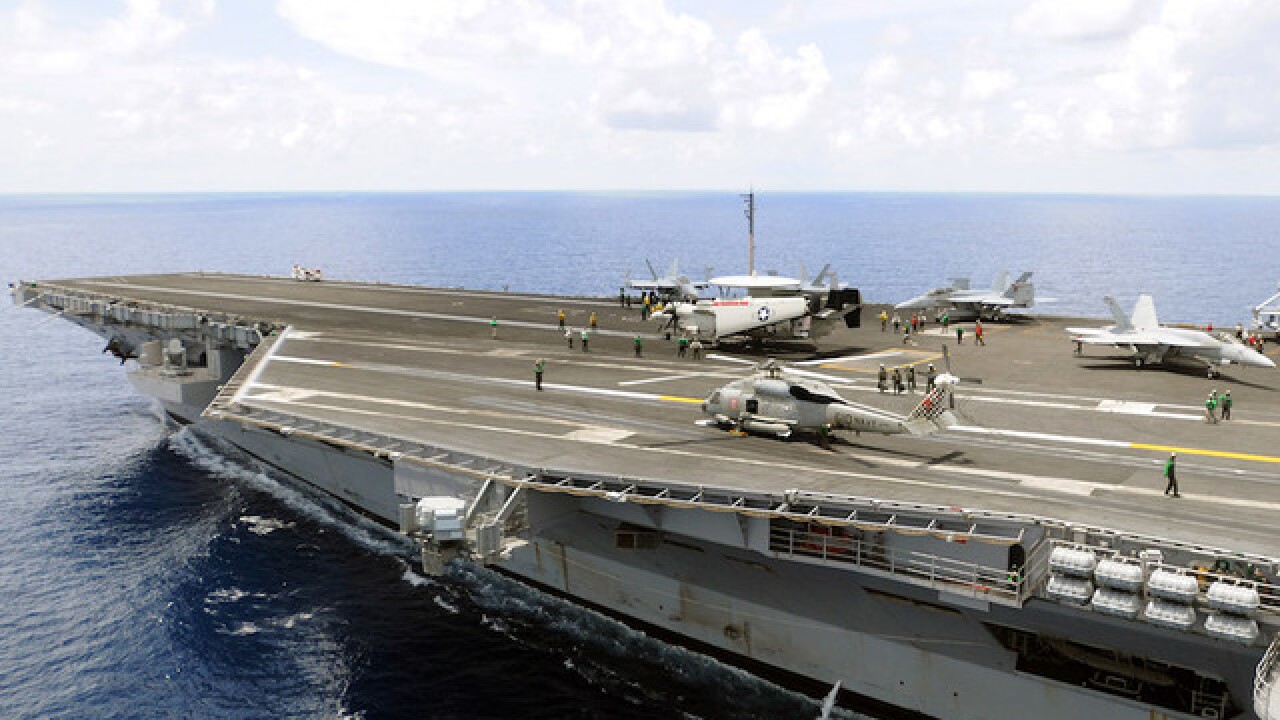 Copyright Getty Images
Senior Chief Mass Communication Specialist (SW/NAC) Spike Call
<p>FILE PHOTO: On the deck of USS Ronald Reagan (CVN 76) a helicopter from Helicopter Anti-Submarine Squadron (HS) 4 and it's crew prepares for another day of humanitarian relief for the Republic of the Philippines after Typhoon Fengshen. Photo from 2008.</p>

A US Navy helicopter crashed onto the flight deck of an aircraft carrier in the Philippines Sea on Friday, injuring personnel on board.

The MH-60 Seahawk hit the flight deck of the USS Ronald Reagan shortly after takeoff around 9 a.m., according to a statement released by the Navy's Seventh Fleet. All injured are in stable condition and are being evaluated by medical staff.

The Navy did not say how many people were injured but that some "will be medically evacuated ashore" without specifying a location.

An investigation has been opened into the cause of the crash, according to the statement.

The aircraft carrier "remains fully mission capable" and normal flight operations to support the mission of "support and security and stability in the Indo-Pacific Region" have resumed, the Navy said.

In May 2017, the USS Ronald Reagan began sea trials in the Pacific before replacing the USS Carl Vinson near the Korean Peninsula.