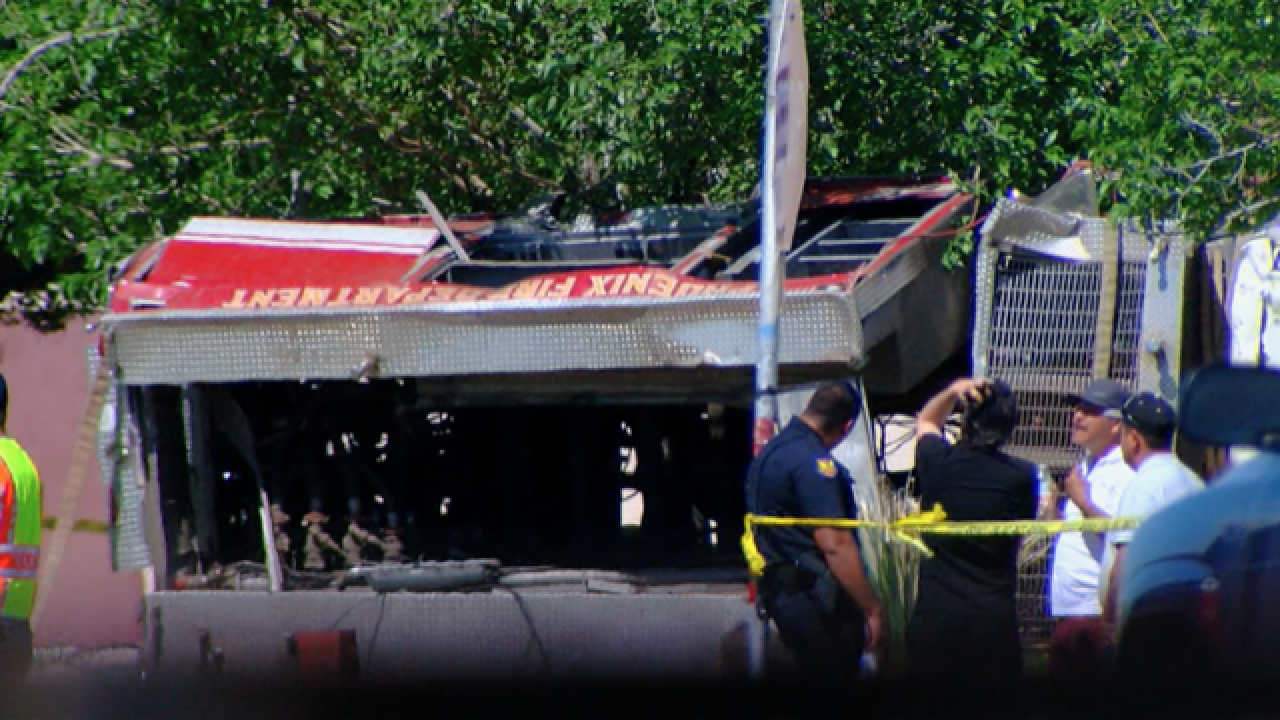 PHONEIX — Three people are dead and three firefighters have been seriously hurt in a crash involving a Phoenix fire truck.

Phoenix police said two adults and a 6-month-old child were killed in the Sunday morning crash between a Phoenix Fire Department truck and a pickup truck. The names of the victims have not yet been released.

On scene of a crash involving a pickup truck and a fire truck on Bethany Home Rd and 29th Ave. Neighbors say it sounded like an explosion. Working to get more info from police. #ABC15 pic.twitter.com/Ec4p3wbNUy

Three firefighters were taken to the hospital in critical condition. At this time, they are listed in stable condition.

It is unclear at this time what led to the collision.